A U.S. government report explores how the IRS should deal with the libertarian-beloved cryptocurrency 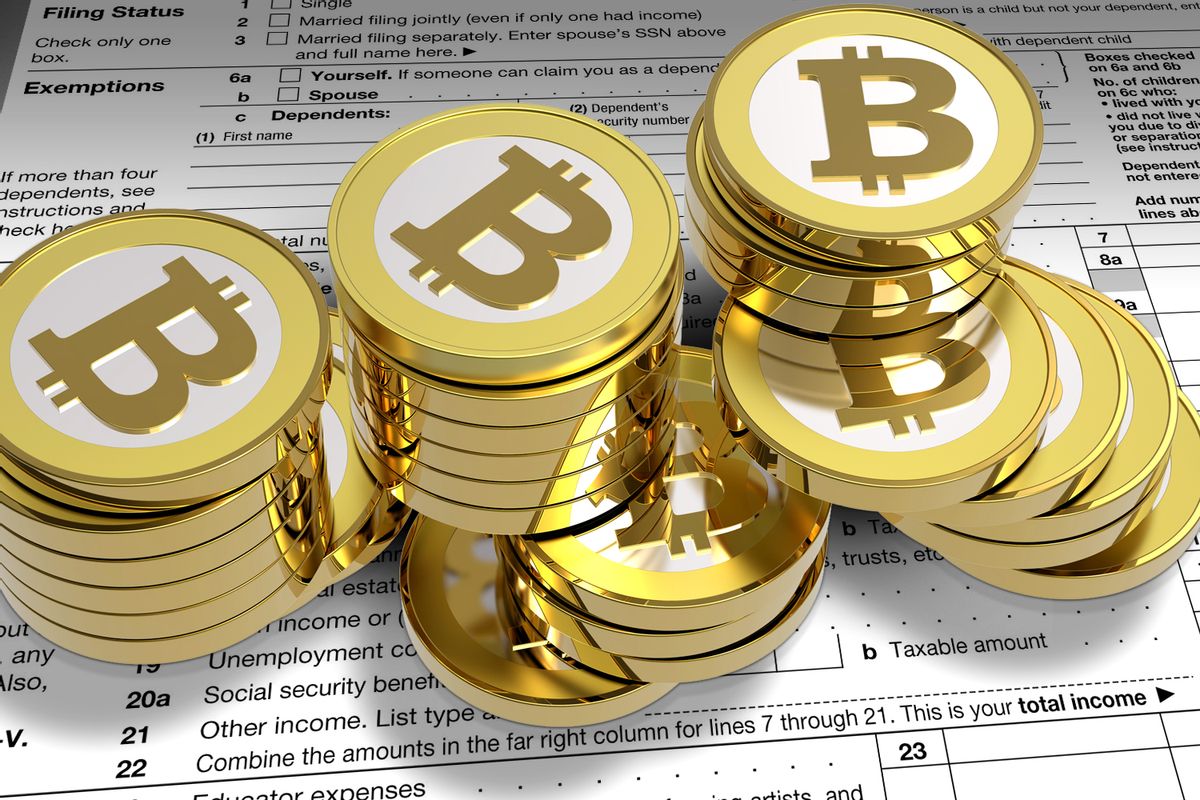 Tthe U.S. Government Accountability Office's new report on the tax implications of virtual currencies is definitely the GAO's most cyberpunk moment to date. The report name-checks "World of Warcraft," "Second Life" and, of course, Bitcoin. Yes, that's right, the U.S. government is pondering how the IRS should deal with MMORGs (massively multiplayer online role-playing games).

Don't worry -- if you've got piles of gold accumulating in your "WoW" account, you don't need to declare it. Although, if you find a way to sell that gold to some other party in exchange for legal tender, that's a different story. That's income, and it's probably taxable.

But "WoW," and "Second Life," are sideshows. The specter of the IRS casting a shadow over Bitcoin, which the GAO concludes is "the most widely circulated virtual currency available," is the meat of the report. Just the fact that the U.S. government is starting to pay serious attention to the cryptocurrency surely has libertarians getting nervous.

The report is amusing in its disingenuousness. Many people, suggests the GAO, are unaware that virtual currencies could have tax consequences. There's a lot of confusion out there!

For example, when we performed a simple Internet search for information on taxation of bitcoin transactions, we found a number of websites, wikis, and blogs that provided differing opinions on the tax treatment of bitcoins, including some that could lead taxpayers to believe that transacting in virtual currencies relieves them of their responsibilities to report and pay taxes.

Italics mine. I think the GAO is being a little too clever here. Many Bitcoin advocates believe, fervently, that one of the core attributes of the currency is that the government can't collect taxes on Bitcoin-denominated income because it won't be able to figure out who is earning what. Responsibility is not the issue. Tax evasion is the point.

But how much tax evasion might be happening already? Nobody knows. "The size of the virtual economy and currency markets is unclear due to limitations in available data." Therefore, "the extent to which their use results in tax noncompliance is unknown."

The lack of data about the size of the problem, and the real costs that would be associated with attempting to crack down on Bitcoin, appear to have convinced the GAO to support the IRS's "reasoned decision not to implement a compliance approach specific to virtual economies and currencies." Instead, the GAO makes only the mildest recommendation, urging the IRS to "find relatively low-cost ways to provide information to taxpayers ... on the basic tax reporting requirements for transactions using virtual currencies developed and used outside virtual economies."

When I visited Reddit to see what Bitcoiners were saying about the GAO report, I discovered that a significant number of Redditors had posted links to an article on NextGov titled "Auditors and IRS Pan Tax Regulations for Bitcoins." I think this is an inaccurate reading of the report. All one can truly take from the GAO report is that, for the time being, the government is unsure of whether there is enough Bitcoin-denominated tax evasion occurring to make it worth the IRS's while to devote resources to ensuring compliance.

But "if the use of virtual economies and currencies expands, it can be expected that associated revenue at risk of tax noncompliance will grow," notes the GAO. And if that happens the cost-benefit calculation on enforcing compliance will change, quickly.