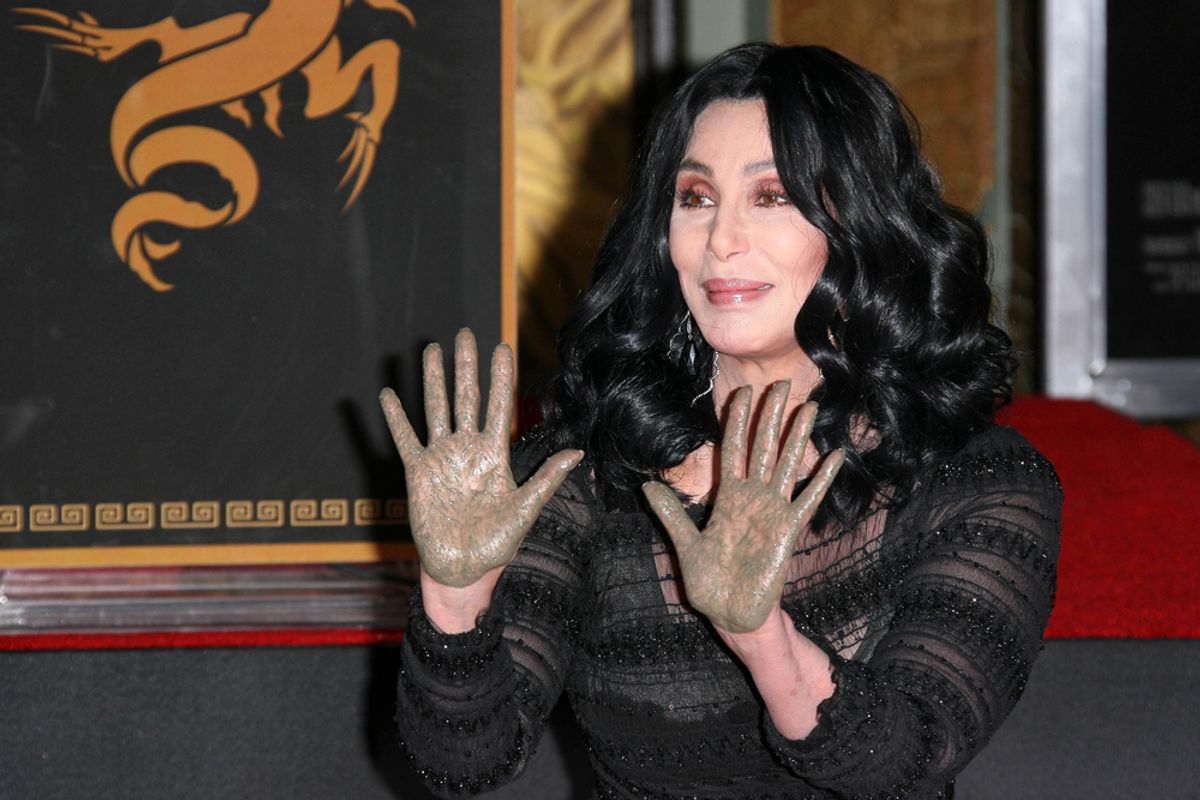 1980s pop star Cher performed new music, "It's a Woman's World," on last night's "The Voice" season finale, making it her first performance on live television in over a decade. The singer, 67, admitted to HollywoodLife.com that she was nervous about it: "“It was frightening and fun, when you haven’t actually been live and been in front of an audience. It wouldn’t be bad if it was a concert, but to be in front of a gazillion people made it a little bit uncomfortable and nerve-racking. Plus, I have had some really hard times with my throat. I went to Russia and had something and my voice hasn’t been great, so I was really nervous. I think what I didn’t have with my voice, I covered with having a good time!”

If the singer was nervous, though, she certainly didn't show it. Cher returned to the stage in true Cher fashion, with a wig that turned her into some really weird bird. Watch her performance, below: