The irony is that for all their misogyny, they spend an inordinate amount of time reading about women's issues 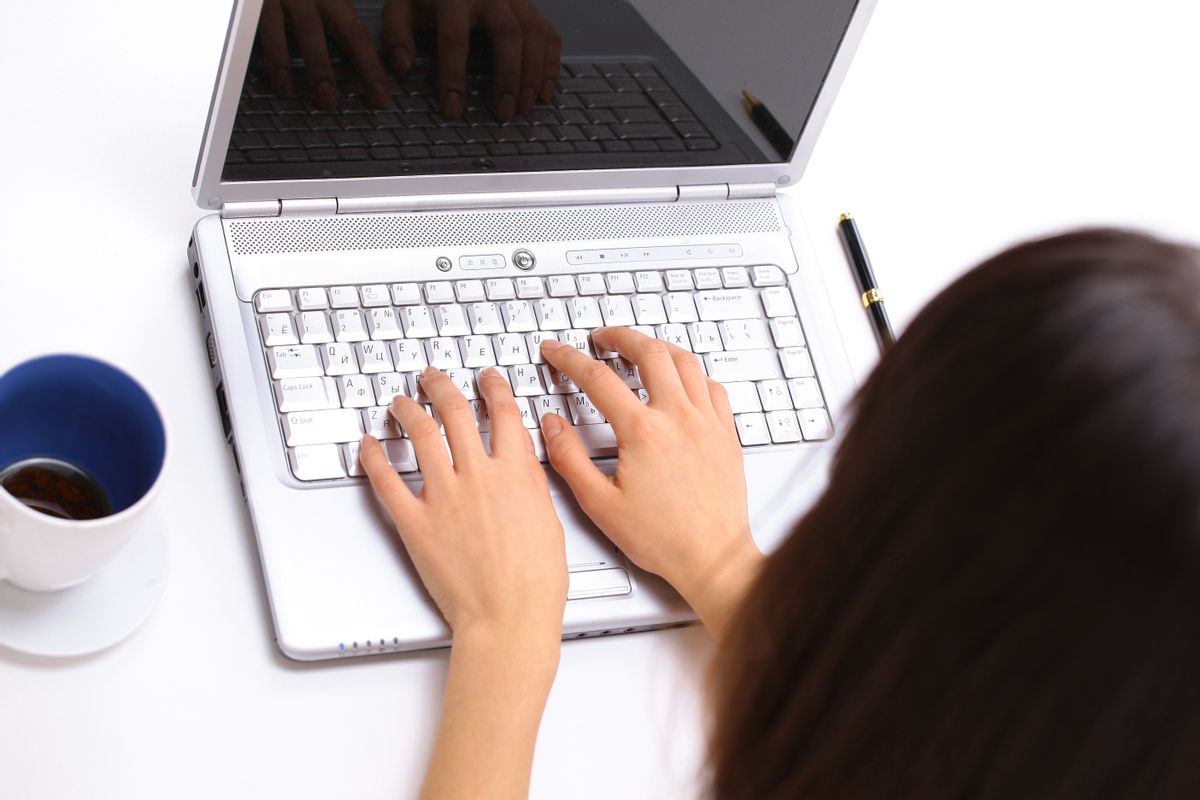 As a white, straight, middle-class, able-bodied, cisgender woman, I know that because of the myriad privileged identities that I hold, the attacks I receive often pale in comparison to others. And yet, every time I submit a piece or send a tweet, I brace myself for the reality that some of the ensuing responses will be incredibly sexist and demeaning, perhaps even violent. It seems that being a woman who speaks her mind about injustice is unacceptable for many inhabitants of the internet.

There are anti-feminist trolls who follow the work of feminist writers simply to tell us how stupid we are, how silly feminism is, how useless our work is. Think about that. There are people sitting at home in their living rooms who spend entire days trolling feminists online. It’s ironic; these people who claim to hate feminism so much spend their entire day reading feminist work.

But truthfully, that says far more about them that it does about us. By and large, feminist activists don’t spend our days obsessing over what Men’s Rights Activists or anti-feminists write on the internet because we have our own work, our own issues, our own lives to worry about. We have more pressing matters, like the all-out assault on abortion rights, or the rampant sexual assault in the military, or the violence directed at the trans* community, or the enduring gender wage gap, just to name a few, that demand our attention and energy. There are real world issues that need to be dealt with, and instead, these trolls spend their days attacking feminists online. What an epic waste of time and energy.

Perhaps I could take the attacks online feminists receive more seriously if they weren’t so sophomoric in nature: calling us “baby killers, "stupid,” "fat," “ugly,” “man-haters,” “lesbians,” or a slew of sexist epithets simply reveals that for these anti-feminist trolls, it’s not about challenging our work or our arguments. They don’t have a genuine response to our work or thoughts, so instead, they call abortion “murder” and feminism “stupid.” These are not well-intentioned, well-crafted discussion points; they are ad hominem attacks that frankly, are junior high level, at best.

These comments are par for the course for feminists, and for more prolific writers and activists, the trolls only become more violent and offensive. Comedian and feminist writer Lindy West received an onslaught of rape threats, derogatory comments, and deeply violent rhetoric in response to her argument that maybe, just maybe, rape jokes that target victims aren’t very funny. Creator of the blog Feminist Frequency Anita Sarkeesian sparked a litany of abusive and misogynistic comments for simply noting how few female protagonists exist in video games. Political analyst and Feministing blogger Zerlina Maxwell endured a brutal barrage of rape and death threats, coupled with racist and sexist epithets, for stating that we should be teaching young men about consent, rather than putting the burden of rape prevention on young women. Feminist media critic Jennifer Pozner asked women on twitter if they received hate mail and if so, what kind. The responses have been as illuminating as they are tragic. It seems nearly every woman, even if not a feminist or activist, has dealt with offensive, often violent comments directed at them. It seems that to be a woman on the internet is to constantly be on guard.

I am under no pretense that every single person who reads my work will agree with me. In fact, I would be troubled if everyone did. We all have our own thoughts, opinions, identities, experiences, and perspectives, and they all inform the way we see the world. But disagreeing with me is distinctly different from the onslaught of offensive comments and violent rhetoric to which I and my fellow feminist activists and writers are continually subjected. The gendered nature of anti-feminist trolls and trolling comments reveal that it’s not about engaging in a debate, but about scaring women into silence. These trolls are trying to stifle debate, not encourage it.

While I largely shrug off most of the offensive comments I receive, anti-feminist trolls and comments do get exhausting. It’s frustrating to know that no matter how well-researched a piece, no matter how many facts we have to back up our assertions, no matter how clear the injustices are, feminists will have to wade through the ever-pervasive misogynistic and derogatory fodder that constantly follows us. However, no matter how exhausted we get, we never lose sight of the fact that our work is important. As feminist writer and activist Jessica Valenti said, "doing feminist work requires boundless optimism." In fact, the ignorant and often downright demeaning comments that feminists receive simply reiterate how essential our work is and how misogyny plagues society, both online and off.

So if you honestly feel that attacking feminists online is the best use of your time, OK then. Do your thing. But please know that while feminist activists and writers are out there organizing, creating, writing, and contributing, you are doing nothing more than perpetuating and enabling a culture of violence and intimidation for women online. If that’s something you’re proud of, then how incredibly sad for you.

So no, it’s not easy to be an outspoken feminist on the internet. But rest assured that we aren’t going anywhere.

I invite you to join a more respectful conversation with me on Twitter at @laurenarankin.