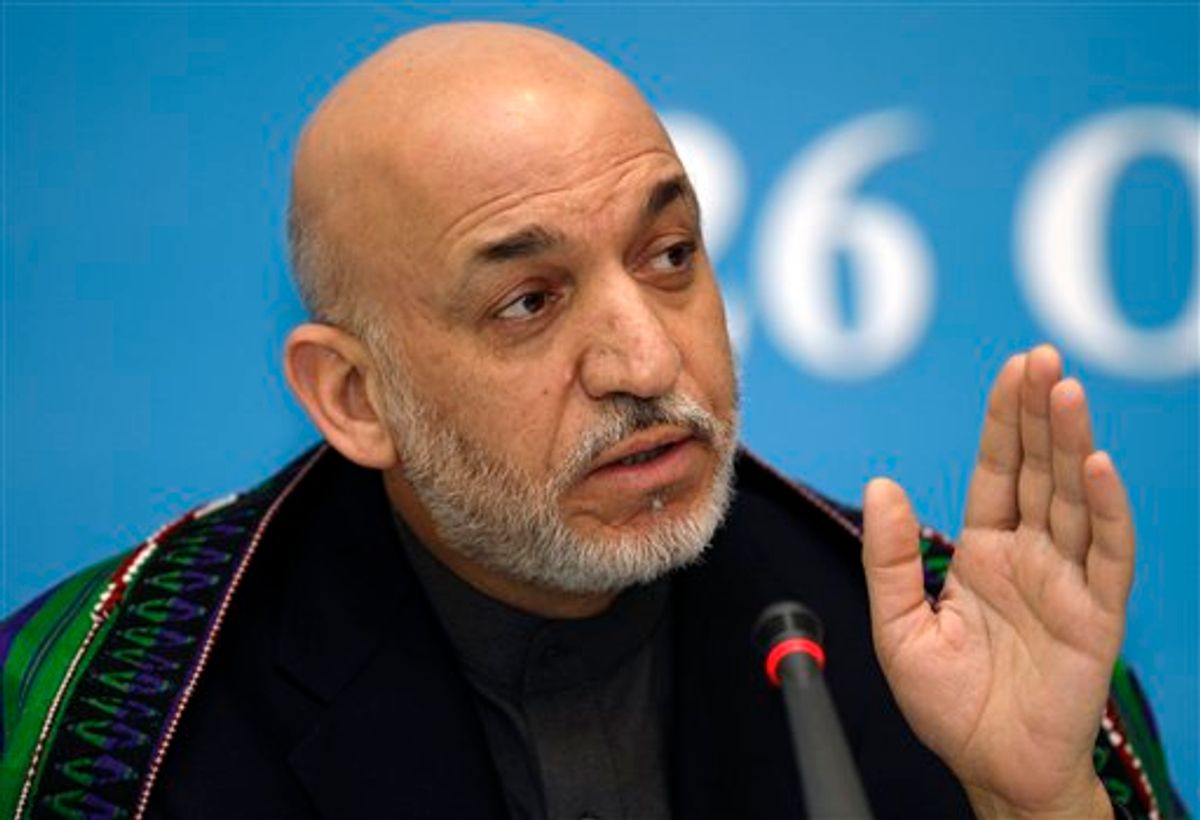 KABUL, Afghanistan (AP) — Afghanistan's president says he will not pursue peace talks with the Taliban unless the United States steps out of the negotiations and the militant group stops its violent attacks on the ground.

Hamid Karzai is upset over a U.S. and Taliban announcement the day before that they would begin preliminary peace talks in Qatar without the Afghan government.

According to a statement from Karzai's office, he says that his High Peace Council would "neither attend nor participate in the talks" until the process is "completely" in the hands of Afghans.

Karzai earlier Wednesday announced he had suspended talks with the U.S. on a new security deal in protest of how the talks were announced.