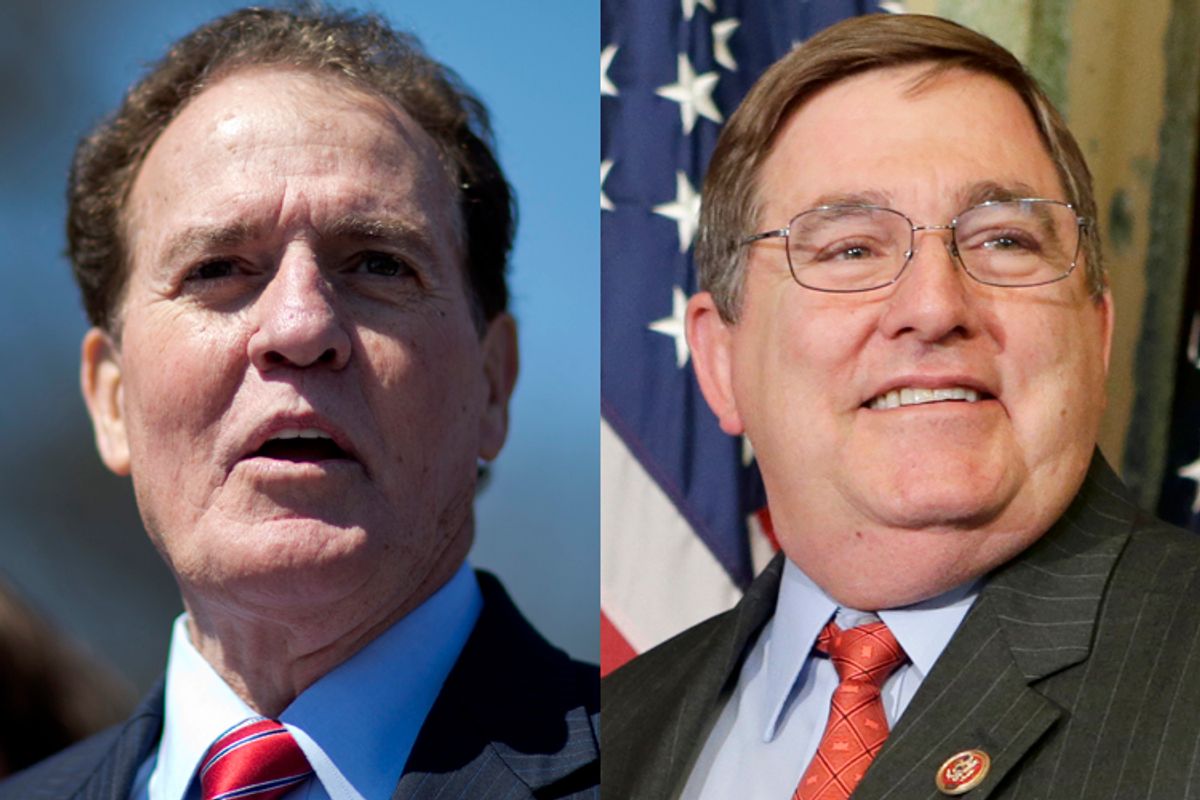 Caucus chairman Rep. Phil Gingrey, also an OB-GYN, defended Rep. Todd Akin's infamous comments about rape and abortion last year. Saying that Akin was "partly right" that a women's body can shut down an unwanted pregnancy due to rape, Gingrey added that a 15-year-old girl who gets pregnant might accuse her boyfriend of rape because she's embarrassed, so "that’s what he meant when he said legitimate rape versus nonlegitimate rape."

Then there's Rep. Tom Price, who, when asked what women who can't afford birth control should do in the absence of insurance coverage, replied "there’s not one woman” who lacks access. “Bring me one woman who has been left behind," he said, "There’s not one." A Hart Research survey found that about one in three female voters have struggled to afford the medicine at some point, including 55 percent of young women.

Virtually all of the caucus's members support defunding Planned Parenthood, even though doing so would be devastating for women's health issues that have nothing to do with abortion. Co-chair Rep. Diane Black pledged, "I will not rest until we put a stop to Planned Parenthood’s blatant abuse of taxpayer dollars."

Others have profound respect for science. Co-chairman Rep. Phil Roe thinks there are "many questions surrounding the science" of climate change. While Rep. Paul Broun, who still makes house calls, thinks evolution and the Big Bang are "lies straight from the pit of Hell."

Then there's Rep. Scott DesJarlais, a pro-life conservative who "had an affair with a patient and later pressured her to get an abortion.” Later, the Tennessee Board of Medical Examiners found DesJarlais had slept with two female patients in violation of a state law that prohibits "unprofessional conduct." He was forced to pay a small fine. (He also slept with three co-workers.)

Or Rep. Charles Boustany, who was "has been the defendant in at least three malpractice suits over his two decade career," according to Politico. (He maintains a medical license in Louisiana under no restrictions and his staff said the suits are common.)

The GOP Doctors Caucus helped lead the fight against Obamacare, so voters should rest assured that if they had their way to repeal the law, they'd be in good hands.