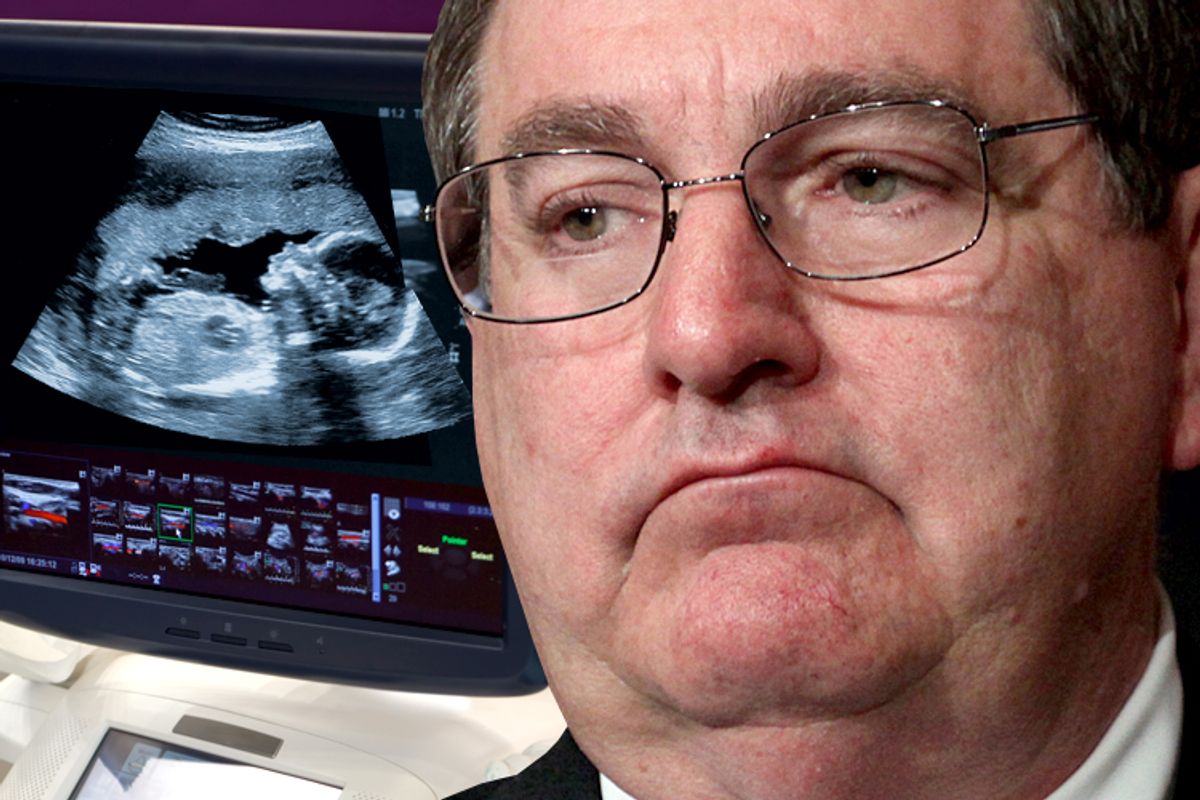 FILE - In this March 25, 2010 file photo, Rep. Michael Burgess, R-Texas is seen during a news conference on Capitol Hill in Washington. Republicans are offering to bail out a program in President Barack ObamaÃ­s health care law that provides coverage to people with pre-existing medical problems. But theyÃ­d do it by diverting money from another part of the law, unacceptable to many Democrats. (AP Photo/Lauren Victoria Burke, File) (Lauren Victoria Burke)
--

This is a subject that I do know something about…. There is no question in my mind that a baby at 20-weeks after conception can feel pain. The fact of the matter is, I argue with the chairman because I thought the date was far too late. We should be setting this at 15-weeks, 16-weeks… You watch a sonogram of a 15-week baby, and they have movements that are purposeful. They stroke their face. If they’re a male baby, they may have their hand between their legs. They feel pleasure, why is it so hard to think that they could feel pain?

Since there seems to be an inverse relationship between what anti-abortion politicians say and what's scientifically accurate, it's worth looking into whether there is any evidence whatsoever backing up the four implicit and explicit claims made by Burgess.

After 20 weeks, the unborn child reacts to stimuli that would be recognized as painful if applied to an adult human, for example, by recoiling. … In the unborn child, application of such painful stimuli is associated with significant increases in stress hormones known as the stress response. … Subjection to such painful stimuli is associated with long-term harmful neurodevelopmental effects, such as altered pain sensitivity and, possibly, emotional, behavioral, and learning disabilities later in life.

But is there any medical or scientific proof to back up these claims? If you ask The American Congress of Obstetricians and Gynecologists, the answer is no.  If you ask the British Royal College of Obstetricians and Gynaecologists, the answer is no.  If you ask “Doctors on Fetal Pain,” the preferred medical website for the anti-abortion movement, the answer is a resounding yes! But the only problem is that they either don’t link to the work they cite, cite work that doesn’t exist or doesn’t say what it purports to say, or have dead links.

While I applaud Republicans for at least trying to use science, the evidence just doesn’t back them up. Not that that really gets in the way for them, anyway.