Because of a legal loophole, nonprofits and other companies can pay some workers far less than minimum wage 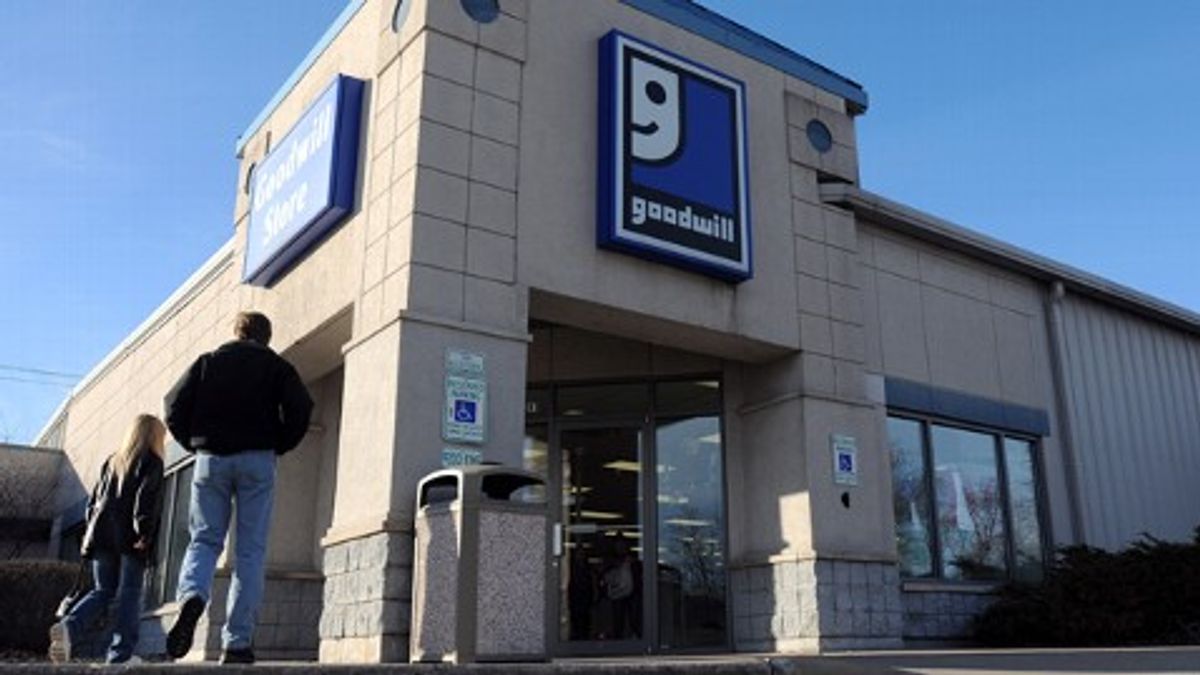 In 2011, the multibillion-dollar nonprofit Goodwill Industries paid Pennsylvania workers with disabilities wages as low as 22, 38 and 41 cents an hour, according to Labor Department records obtained by NBC News. In 2010, an Applebee's in a tony New York suburb hired hearing- and visually impaired employees through a placement program with the Helen Keller National Center and paid them between $3.97 per hour and $5.96, well below the state minimum wage of $7.25.

And it's perfectly legal due to a Depression-era loophole in federal labor law, as NBC reports:

Section 14 (c) of the Fair Labor Standards Act, which was passed in 1938, allows employers to obtain special minimum wage certificates from the Department of Labor. The certificates give employers the right to pay disabled workers according to their abilities, with no bottom limit to the wage...

The non-profit certificate holders can also place employees in outside, for-profit workplaces including restaurants, retail stores, hospitals and even Internal Revenue Service centers.

While employers like Goodwill defend the practice as providing jobs to people who need and want them, disability and labor rights advocates have called the loophole exploitative, saying it traps workers in a "two-tiered" system that says "Americans who have disabilities aren't as valuable as other people," as Marc Maurer, president of the National Federation of the Blind, told NBC. "That's wrong. These folks have value. We should recognize that value," he added.

Questions have been raised in the media recently about one of the many tools that some Goodwill agencies use to help people with significant and multiple disabilities: the Special Minimum Wage Certificate, authorized under the Fair Labor Standards Act Section 14(c). The Certificate is not a “loophole.” The Certificates are issued by the U.S. Department of Labor as an intentional policy specifically designed to create vocational opportunities for people with disabilities who otherwise would not have them. Certificate holders are required by law to determine the wages by a time study; otherwise, they would fail to remain authorized certificate holders.