The hunter becomes the hunted in the shocking conclusion 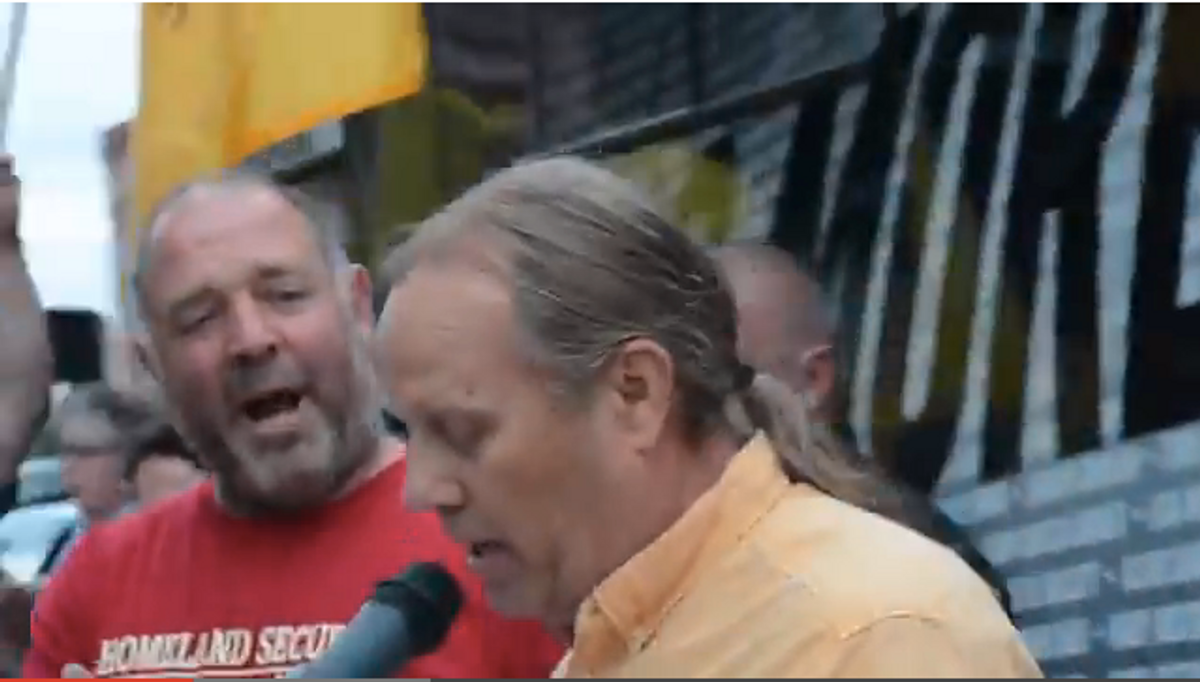 This is where we're at, folks:

Speaking at a gun control rally in Concord, N.H., this week, a man who lost his daughter in a fatal shooting had to contend with the charms of Daniel Musso, a jolly-looking grown man who approached and berated him. Naturally, elements in the crowd cheered Musso on with chants of "Ayotte! Ayotte!" the Republican senator who helped put the kibosh on stronger gun control earlier this year.

What would it take for you to feel sorry for a jerk like Musso?

After Musso left the father alone, the police arresting Musso felt compelled to tase him despite outnumbering him at least three to one. Now he's facing a few charges -- including two counts of simple assault -- plus any neurological damage he may have sustained.

This video captures the showdown between Musso and the cops, beginning around 4:35: