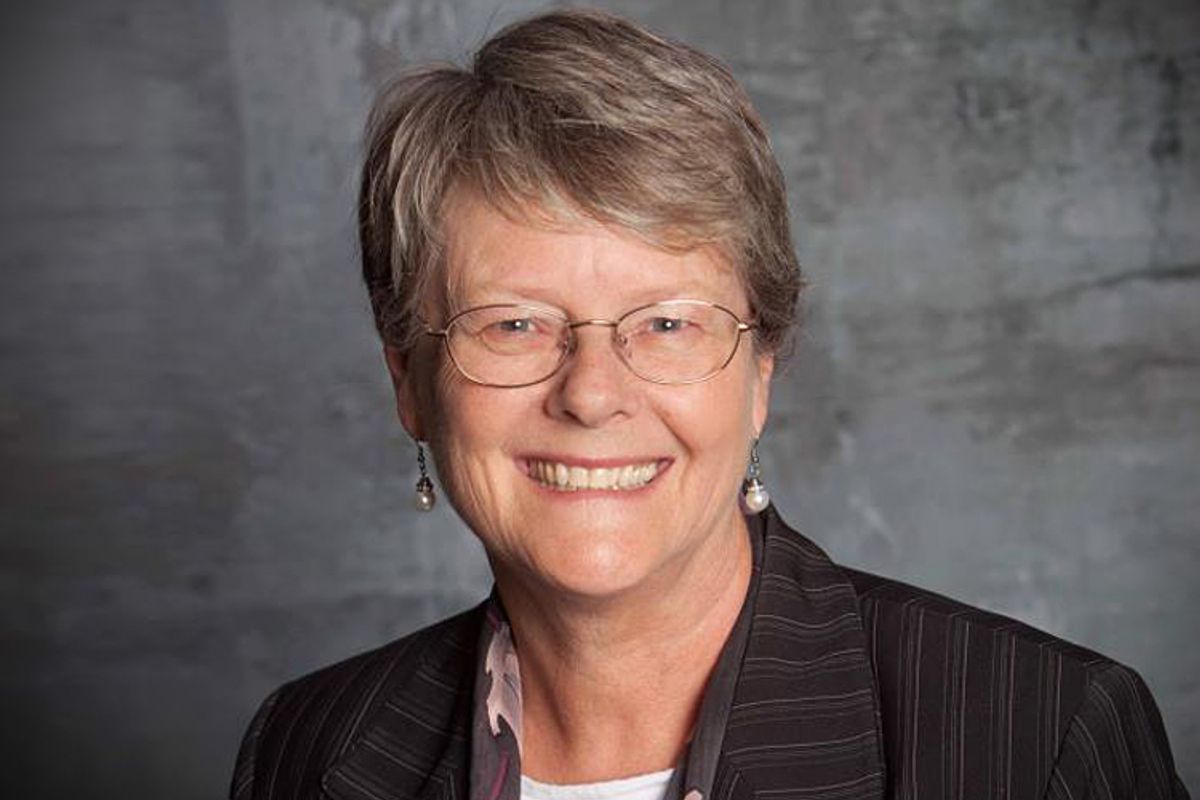 Margaret Doughty, you must have really wanted to live here. As Divided Under God first reported earlier this week, the British-born 64-year-old has had a bumpy road to United States citizenship.

Doughty, who has lived in the U.S. for more than thirty years, had wanted to become a naturalized citizen, but objected to the required pledge to bear arms in defense of the country. She explained, "I deeply and sincerely believe that it is not moral or ethical to take another person’s life, and my lifelong spiritual/religious beliefs impose on me a duty of conscience not to contribute to warfare by taking up arms… my beliefs are as strong and deeply held as those who possess traditional religious beliefs and who believe in God."

Maybe it was the mention of deeply held beliefs that tripped up Immigration. Conveniently ignoring the whole part of her explanation where she implied she doesn't have "traditional religious beliefs," it then demanded Doughty provide documentation to support her status as a conscientious objector "on official church stationery, attesting to the fact that [she is] a member in good standing and the church's official position on the bearing of arms."

The American Humanist Association and Freedom From Religion Foundation, as well as Doughty's local congressman, Texas Republican Blake Farenthold, quickly intervened on Doughty's behalf to point out that the request was unconstitutional. Doughty's first two champions aren't surprising, but let us pause for a moment in our cynical, perpetually facepalming day to consider the wonder and beauty of Farenthold's part in it. Sure, Doughty's a nice British senior citizen who doesn't fit Farenthold's profile of foreigners who are bringing in "drug and gang violence." But still, a Texas Republican who says that "securing our porous border is a top priority," one who two years ago voted to reaffirm "In God We Trust" as the official motto of the United States, went to bat for an atheist immigrant. Hallelujah!

After Doughty's story attracted national news attention and made U.S. Citizenship and Immigration Services look like a big bunch of dummies, her case took a swift turn. On Thursday, she received a letter stating, "In light of the full explanation in support for your request for an exemption from bearing arms as it relates to the naturalization oath, this Service hereby withdraws the request for evidence (RFE) issued on June 7, 2013. This Service accepts your detailed statement in satisfaction of the information requested by the RFE. Your application for naturalization has been approved…. Congratulations."

It's unlikely there was any deeply thoughtful plan to keep Doughty from citizenship because of her beliefs, or any clever conspiracy to get her to join a church. Instead, that dumb demand was probably just a knee-jerk, believer-as-default assumption. The request that Doughty cough up evidence of her religious belief sprang from the lazy mindset that pacifism must have to do with faith. It's simplistic, ignorant and frankly asinine – everything you don't want in an organization that gets to decide who can and cannot become a United States citizen.

The upside of this little debacle is that it managed to bring together two secular organizations and a Republican politician in the cause of justice. And it served as a lesson to all that morality is not religion, that values are not the domain of any one ideology. On Facebook earlier this week, Doughty wrote, "Over the past two days not only good friends but people I don’t even know have sent notes of support. They are people with a wide range of beliefs, beliefs that I respect – Christians, Moslems, Jews, Atheists, Agnostics and others. I think that is part of what has always appealed to me about America – that people of all beliefs can live together accepting and respecting each other and working together for the common good." Respect. Diversity. Coexistence. That's what it's supposed to be like. It's the American way.