Will reading make you rich?

Researchers claim reading fiction bestows marketable skills. That's not really what it's for ... 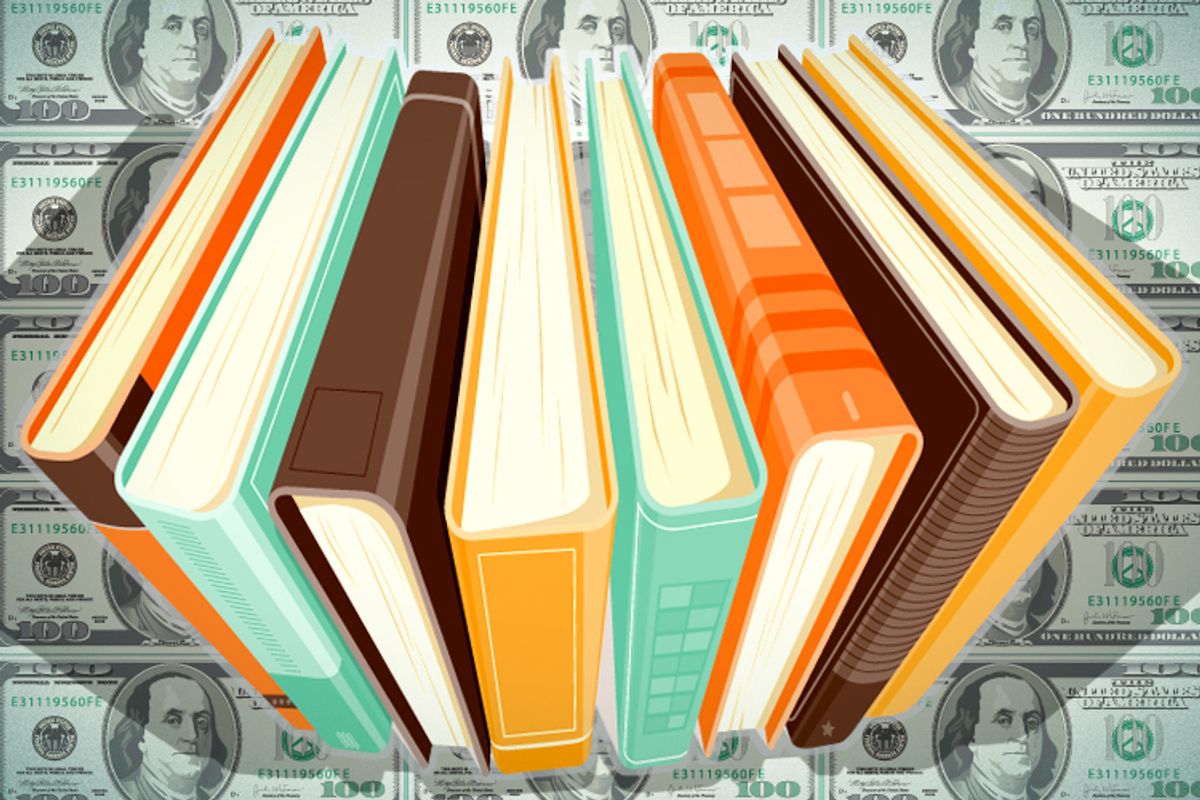 If you are an avid reader -- or writer -- of fiction, chances are you took note of a news item that appeared in the Pacific Standard last week (reprinted in Salon over the weekend). Titled "Study: Reading Novels Makes Us Better Thinkers," the article, by Tom Jacobs, cited a recent paper out of the University of Toronto indicating that subjects who read a short story scored lower afterward on tests designed to determine "need for cognitive closure" than did people who'd read an essay. The fiction readers were, the researchers concluded, left more "open-minded," and therefore both more "creative" and "rational" than their nonfiction-reading counterparts.

And it was not just any fiction that did the trick, mind you, but "literary" fiction. What balm to the acolytes of that dwindling corner of the cultural landscape! Many of the novelists, would-be novelists and bookworms who posted the item to their Facebook pages went on with their day ever so slightly perked up. Chances are they did not notice that the cited study was produced by the same circle of Torontonian researchers whose work has prompted similar recent news items. All told, this bunch has announced that reading literature -- specifically fiction -- makes people more empathetic, less inclined toward "attachment avoidance," more socially adept and better able to change for the better in personality and temperament. Taken as a whole, they've touted the novel as a Swiss Army knife for matters of psychological hygiene.

Although the primary author of the open-mindedness study is Maja Djikic, a secondary author, Keith Oatley, seems to be at the center of this enterprise, which includes a group blog, OnFiction, and a two-year-old journal, Scientific Study of Literature. Oatley, professor emeritus of cognitive psychology at the University of Toronto, is also the author of the 2011 book "Such Stuff as Dreams: The Psychology of Fiction," as well as being a novelist himself. (His "The Case of Emily V." won the 1994 Commonwealth Writers Prize for best first novel, a prestigious Canadian award.)

The core idea of this academic coterie was expressed by Oatley in a paper published in the Review of General Psychology in 1999: Fiction, he wrote, is not meant to represent "empirical truth" but is rather "a simulation that runs on minds of readers just as a computer simulations run on computers." This idea elaborates on the cognitive ability known as "theory of mind" -- the capacity to attribute complex mental states to others, in particular states different from one's own -- combined with popular hypotheses in evolutionary psychology. Some evolutionary psychologists have speculated that telling and enjoying stories is an adaptation that builds social cohesion. According to this view, stories, by giving us insights into the minds and behavior of others, improve our ability to knit together the groups that have been the secret to humanity's success as a species.

But there's a more immediate survival agenda behind the research going on in Toronto, too, an agenda that the authors of the open-mindedness study state frankly: "It is hoped that this experiment will stimulate further investigation into the potential of literature in opening closed minds, as well as give one a pause to think about the effects of current cut-backs of education in the arts and humanities."

The humanities have been under siege in the academy lately, condemned as inessential to the university's role in preparing students for adult life. In recent years, the percentage of undergraduates pursuing degrees in the humanities has dropped precipitously, and Gov. Rick Scott of Florida has even urged that majors in such fields as art history and anthropology be charged higher tuitions at state universities on the theory that they can't be directly funneled to gainful employment. The alarm has been raised and, as was announced in the New York Times this week, a new report -- requested by a bipartisan committee of legislators and shepherded by the American Academy of Arts and Sciences -- calls for a host of measures to defend liberal arts education.

While some treat the study of, say, literature, political science and philosophy as "a waste of time" (in the words of an educator who served on the commission that produced the report), the new initiative argues that "the humanities and social sciences are the heart of the matter, the keeper of the republic — a source of national memory and civic vigor, cultural understanding and communication, individual fulfillment and the ideals we hold in common." A video on the American Academy of Arts and Sciences' website accompanying the report features such luminaries as actor John Lithgow, director George Lucas and architect Billie Tsien, who asserts that "the humanities are the immeasurable."

It's all very high-minded, but rather abstract. The work done by scholars like Oatley and Djikic offers quantitative evidence that engagement with culture -- particularly high culture -- results in self-improvement; in other words, they claim to be able to measure Tsien's "immeasurable." They offer proof that reading literary fiction (that is, short stories chosen from an anthology of established greats) is more conducive to "creativity and rationality" in subjects than reading essays (chosen from a similar anthology).

I do not doubt Djikic's commitment to literature, but also cannot help noticing that she's a research associate at Toronto's Rotman School of Management and director of the "Self-Development Lab." Surely the main audience for her case consists of business leaders and officials like Gov. Scott, who only seem interested in education that can be harnessed by big business and made to pay. This casts the terms "creativity" and "rationality" in a somewhat different light. In the world of corporate management, "creativity" is less likely to mean "writing 'Leaves of Grass' and otherwise carrying on like the mad ecstatic hobo poet you are" than it is to mean "coming up with new ways to sell colored sugar water."

Back in the early 2000s, I met a mathematician turned New York investment banker who explained to me that his work involved "inventing new transactions" -- which at the time I took to be a bizarre form of corporate doublespeak. I now realize he was a quant, possibly one of the guys who devised new forms of credit default swap or the rest of the arcane financial products that brought about the crash of 2008. Surely he was being creative in inventing all those new transactions, and it was exactly the sort of creativity Rick Scott and his ilk would cheer on and consider well worth funding. The rest of America, however, is left to wonder how much more corporate creativity the middle and working classes can stand.

Nevertheless, these are the powers to whom educators and artists must now make the case for their own livelihoods, and the attitudes of those powers have become ever more utilitarian. Once, a case could be made for liberal education as the forge of the well-rounded individual; now it is expected to be a factory for producing well-engineered cogs. Students see themselves as consumers of a service that will provide them with marketable credentials rather than as human beings seeking guidance in a life-long search for truth, beauty and meaning. To save the liberal arts in academia, scholars like Djikic and Oatley are obliged to frame their findings in terms that present art as good for business rather than irrelevant to it.

Creativity, however, is an unpredictable thing. It is, after all, a species of imagination, and transcendence is its modus operandi. It can be bent to serve the needs and demands of late capitalism, for sure. But even as it exhorts its minions to think outside the box, the corporate class tends to forget that it, too, is a kind of box. When thinkers emerge to show us the way out of that particular box, they will almost certainly be the products of a liberal arts education. Just don't tell the bosses that.

"Opening the Closed Mind: The Effect of Exposure to Literature on the Need for Closure" by Maja Djikic, Keith Oatley, and Mihnea C. Moldoveanu, in Creativity Research Journal

OnFiction The online magazine on the psychology of fiction

"Why fiction may be twice as true as fact: Fiction as cognitive and emotional simulation" by Keith Oatley from the Review of General Psychology

"The Heart of the Matter," a report by the Commission on the Humanities and Social Sciences

Jennifer Schussler for the New York Times on the commission's report