A world full of Ayn Rands would be a terrifyingly selfish place, writes the outspoken NFL star in his new book 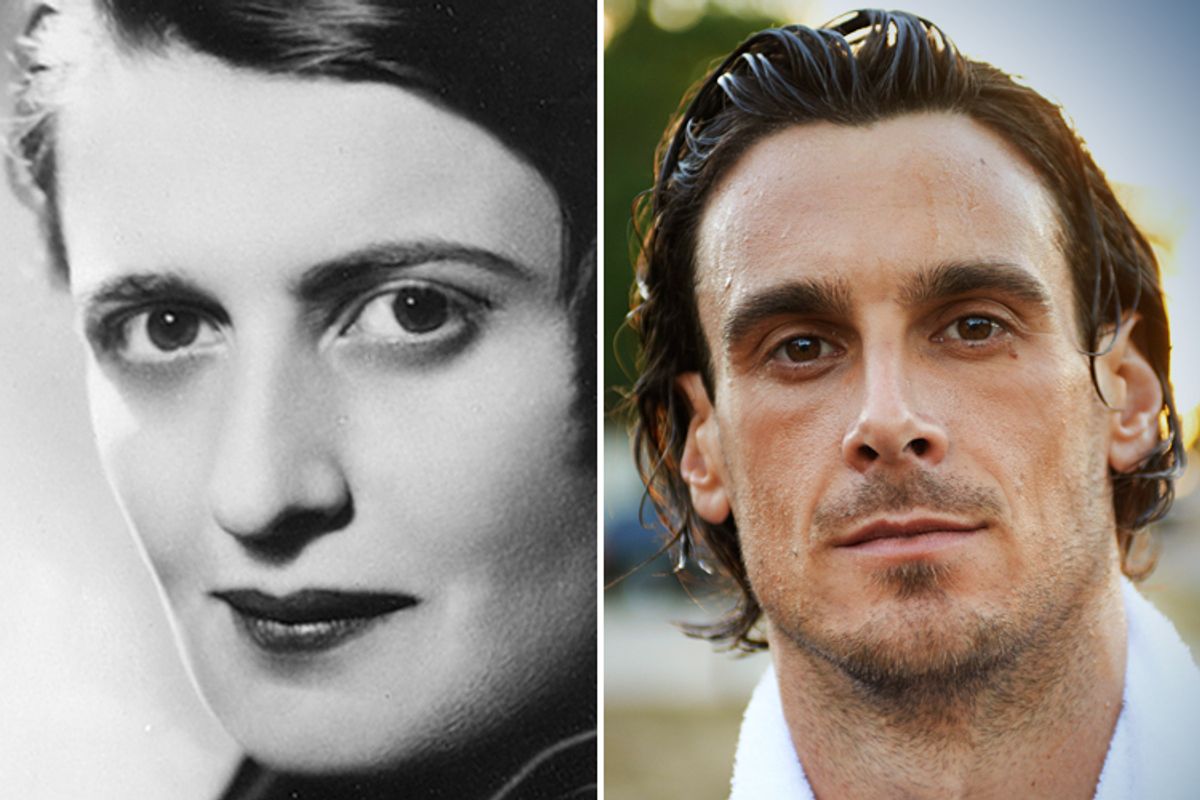 So I forced myself to read "Atlas Shrugged." Apparently I harbor masochistic tendencies; it was a long, hard slog, and by the end I felt as if Ayn Rand had violently beaten me about the head and shoulders with words. I feel I would be doing all of you a disservice (especially those who think Rand is really super-duper awesome) if I didn’t share some thoughts on this weighty tome.

Who is John Galt?

John Galt (as written in said novel) is a deeply flawed, sociopathic ideal of the perfect human. John Galt does not recognize the societal structure surrounding him that allows him to exist. John Galt, to be frank, is a turd.

However, John Galt is also very close to greatness. The only thing he is missing, the only thing Ayn Rand forgot to take into account when writing "Atlas Shrugged," is empathy.

John Galt talks about intelligence and education without discussing who will pay for the schools, who will teach the teachers. John Galt has no thought for his children, or their children, or what kind of world they will have to occupy when the mines run out and the streams dry up. John Galt expects an army to protect him but has no concern about how it’s funded or staffed. John Galt spends his time in a valley where no disasters occur, no accidents happen, and no real life takes place.

John Galt lives in a giant fantasy that’s no different from an idealistic communist paradise or an anarchist’s playground or a capitalist utopia. His world is flat and two-dimensional. His world is not real, and that is the huge, glaring flaw with objectivism.

John Galt does not live in reality.

In reality, hurricanes hit coastlines, earthquakes knock down buildings, people crash cars or trip over rocks or get sick and miss work. In reality, humans make good choices and bad choices based on forces even they sometimes don’t understand. To live with other human beings, to live in society, requires that we understand that shit happens and sometimes people need a safety net. Empathy teaches us that contributing to this safety net is beneficial for all, because we never know when it will be our turn.

If an earthquake destroys half the merchandise in my store or levels my house, that’s something I can’t control; it doesn’t matter how prepared I was or how hard I worked. Trying to recover from something like that can cripple a person, both financially and mentally, unless he has some help from those who understand that we’re all in this together, we need each other to function as a society, and the next earthquake might hit one of our houses.

If a volcano erupts and takes out vital transportation and infrastructure, should we just throw our hands up in the air and say, “not my responsibility”? No, because it is our responsibility.

It’s our responsibility as members of a societal group to take care of the underlying foundations of peace and security — to ensure that the roads and rails are protected because they provide a collective good.

To be fair to John Galt, though, the safety net cannot be a security blanket. if you hand one person everything in life by taking it away from someone else, then the will to succeed rapidly fades on both sides; why work when it doesn’t matter? Look at any of the idle rich, the spoiled children of privilege, the welfare collectors who churn out babies because it means another weekly check to buy shoes or purses. Ayn Rand got it right up to that point but fails to make the next logical step.

If you want to get rid of the moocher, you don’t do it by excluding everyone you think could be a moocher, by building your own private jail with yourself as both warden and prisoner. No, if you want to rid yourself of the moocher, you do it by focusing on and teaching rational empathy. If you treat other people the way you want to be treated, you’ll never want someone else to live your life for you, because shackling others means you’ve chosen to shackle yourself. We’re all free, or we’re all slaves.

No one wants to take care of someone who does nothing in return, provides no value for society (I’m ignoring babies and children here, because they’re kind of necessary to the long-term survival of humanity), and so the corollary applies — if you feel that everyone should be free to live his or her own life, the safety net can never become a permanent solution, because if you rely over-much on it, then you’re no longer living your own life.

Just as you don’t want other people to be an unnecessary burden on you, you should desire just as much not to be an unnecessary burden on others. if you take handouts when you no longer need them, you’ve turned yourself into a slave to someone else. If you think that other people have to take care of you but that you don’t have to take care of them in return, you’re trying to enslave those who would provide for you. If you make people dependent on you by limiting their opportunities for education and work and requiring them to subsist on a dole, you’ve taken away their chance at free will, at making their own lives.

John Galt as written lacks this rational empathy. John Galt is brilliant but doesn’t have the long-term vision to maintain the society that allowed his brilliance to flourish. John Galt is self-motivated but has no concern for the effects of his actions on other people. John Galt is a lone individual living in a world filled with countless teeming masses, and just as John Galt plants his feet on the backs of all those who came before him, he must provide a surface for future generations to plant their feet as well, not through sacrificing everything he owns but by realizing a stable society is ultimately a productive society.

But that’s not John Galt. A world full of Ayn Rand’s John Galts is a world that will eventually consist of only one person, and then none, once his lifespan concludes. John Galt doesn’t care for the disasters that affect his neighbors — they can sink or swim on their own (and they’ll sink). John Galt doesn’t care for the public good, because all he can see is his own good (and he’ll wonder why it gets harder and harder to get the resources he needs). John Galt doesn’t recognize that genius arises under any circumstances (and he’ll never know how many geniuses he excluded from paradise because their parents didn’t fit his ideals, or why the population keeps shrinking).

John Galt is a remorseless shark feeding on those unable to get out of his way, the blood-churned waters boiling around him as he takes in everything he requires for his own happiness without thought of the cost to others, rending and tearing the stability of social interactions until his once-teeming world is barren and lifeless, collapsed under the gluttonous appetite of self.

Then he starves, and no one is left to mourn his passing.

Are you John Galt?