Paula Deen fans line up to support her, literally 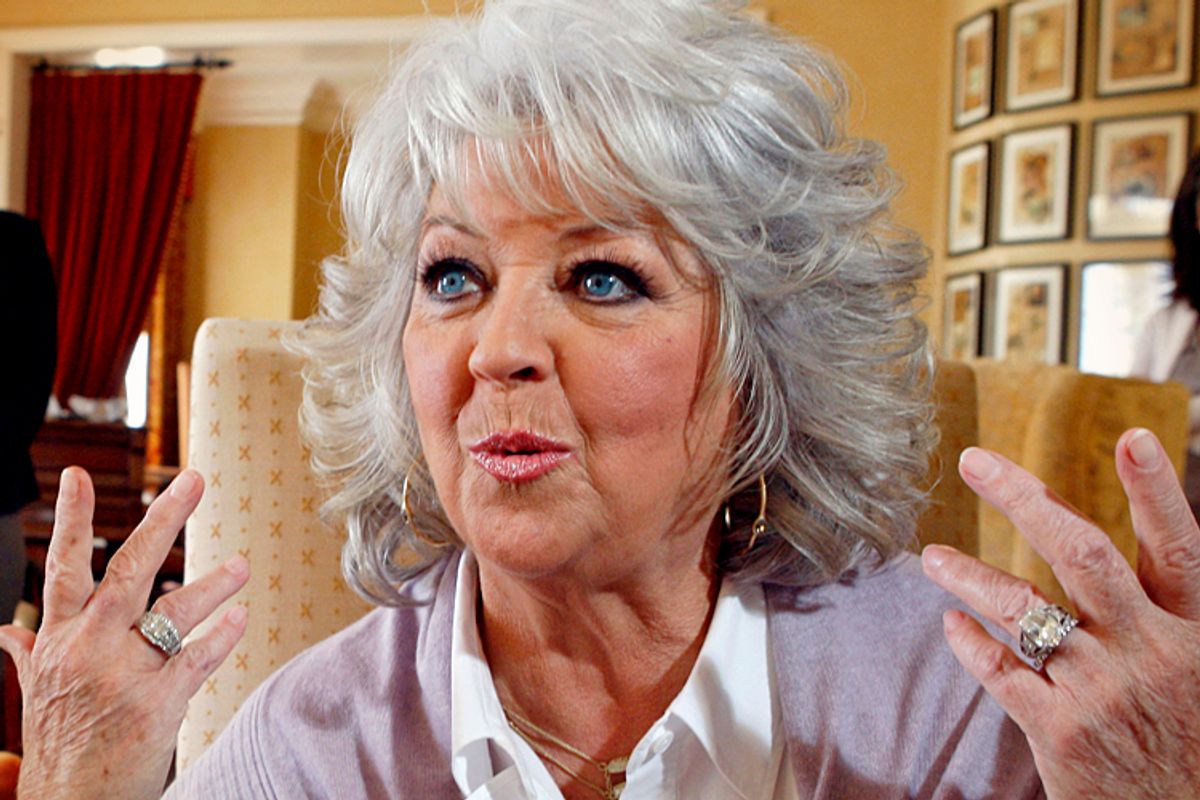 Fans lined up outside Paula Deen's Georgia restaurant Saturday morning to eat brunch -- and show support for the television cook, who was recently fired from the Food Network after admitting in a deposition that "yes, of course" she used the N-word, as well a history of racially charged remarks that have stirred considerable public outrage.

While waiting to gain entrance to Deen's "Lady and Sons" restaurant, a mostly white group of men and women discussed the network's decision, Deen's comments and their take on race relations in the U.S, as the New York Times reports:

Lawanda Jones, 62, who drove two hours with some friends to celebrate birthdays at The Lady and Sons, said many people in the South have worked hard to overcome its racist past.

“We have lived with each other and loved each other here for a long time,” said Mrs. Jones, who is white. “Sometimes I think there is more prejudice in the North than there is in the South.” [...]

“You still hear people talk that way if people think they are in a group of like-minded people,” said Richard Hattaway, 56, who lives just outside Savannah.

He said his grandfather used the word often and without rancor in referring to African-Americans. But Mr. Hattaway’s own parents forbade its use. It is an evolution common to many white families in the South, he said.

“She obviously didn’t get it but I think they are kind of blowing this up,” Mr. Hattaway said.

He was particularly bothered by a commentator on a national news program who suggested that Ms. Deen should have atoned for the pain of slavery, given credit to African-Americans who helped influence some of the country food that made her famous and offered a stronger statement against racism.