When Mickey Mouse fought in Vietnam 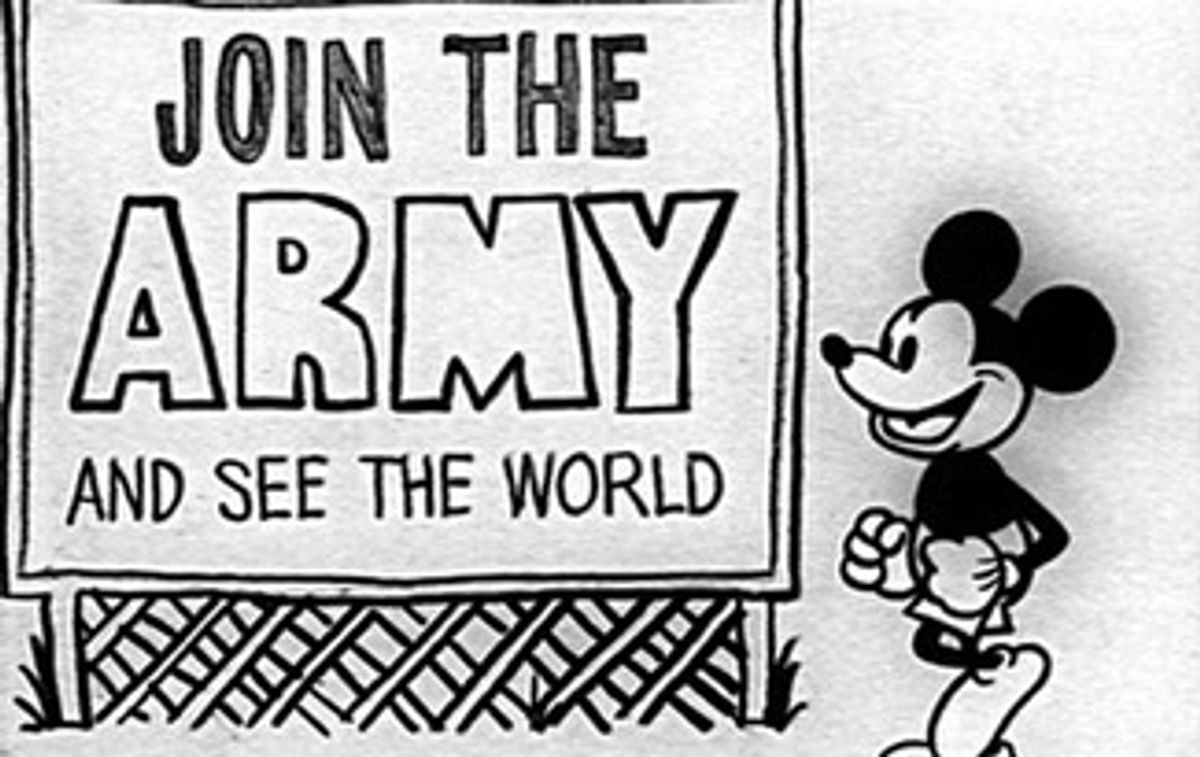 In 1968, celebrated graphic designer Milton Glaser (creator of the I ♥ NY logo) and Lee Savage teamed up to produce "Mickey Mouse in Vietnam," a one-minute short recorded on 16mm film.

In this underground satire, the lovable Mickey stuffs his over-sized ears into an army helmet, grabs a rifle and bayonet, and sets off for 'Nam on a ship that spews puffy cartoon clouds out of a Titanic-style smokestack.

Upon arrival, Mickey Mouse follows a conveniently-placed signpost arrow that reads "Warzone" into a field of tall grass. He meets his sudden and tragic death at the hands of an invisible bullet before collapsing in slow motion.

As a trickle of black blood escapes from the swiss-cheese bullet wound on his forehead like a tear, the screen unceremoniously fades to black.

As you can see, the production value of this unofficial Mickey short is only slightly higher than that of your average episode of Dr. Who.

Still, despite the stiff animation and uninspired plot, watching a beloved childhood cartoon character like Mickey get gunned down in the Vietnamese jungle is just as unsettling now as it was 40 years ago.

And that's exactly the point, says Milton Glaser, the co-creator of "Mickey Mouse in Vietnam." In an interview with BuzzFeed about the video showing up online again, Glaser remarked, "Mickey Mouse is a symbol of innocence, and of America, and of success, and of idealism — and to have him killed, as a solider is such a contradiction of your expectations."

Glaser also pointed out the similarities between the America's global military role now and during the Vietnam War era.

Perhaps this sentiment explains why, since its reappearance on the internet on April 22, "Mickey in Vietnam" has gone viral.