How to get chicks without being a jerk

With pickup artist misogyny in the news once again, here's some advice on attracting women -- without the sexism 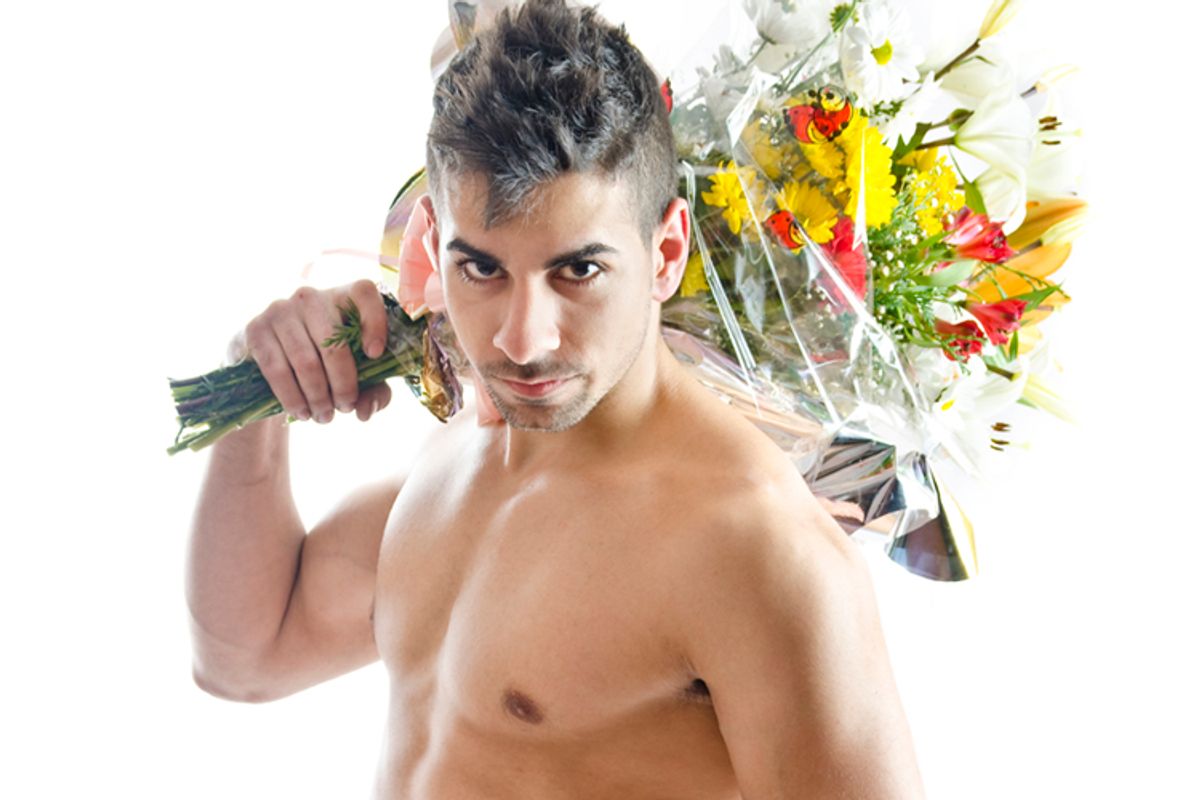 Is all pickup advice sexist? That's what I found myself wondering after "pickup artist" Ken Hoinsky made headlines last week by raising more than $16,000 via a Kickstarter campaign to publish his book, "Above the Game: A Guide to Getting Awesome With Women." Critics say Hoinsky's idea of a pickup is actually predatory -- for example, he advises men to “continue to try to escalate physically" with a woman until she responds by shouting "STOP" or "GET AWAY FROM ME."

The controversy inspired Maria Bustillos at the Awl to write a defense of Hoinsky with a great big nod of sympathy to all the "shy fellows" out there. I disagree with her contention that Hoinsky's advice is harmless -- but we do agree on one thing: There is nothing wrong with wanting to attract women -- whether it's for a one-night stand or a long-term relationship. The problem arises when the advice is sexist, demeaning or hostile.

All of which raises the question of what reasonable, inoffensive advice on wooing women would look like. Clarisse Thorn, author of "Confessions of a Pickup Artist Chaser," has put a great deal of thought into the question. "Ethics was a central question in my book," she told me in an email. " It's a very complicated topic, but I think that ethical pickup artistry boils down to using 'tactics' that are mutual rather than adversarial." There is plenty in the pickup artist, or PUA, community that is " sleazy and misogynistic," she says, but there are also self-help aspects that seem relatively harmless and legitimately therapeutic. "Some cognitive-behavioral therapists suggest that patients with social anxiety keep a log of successful social encounters in order to build up self-confidence -- and PUAs sometimes do this by writing what they call 'Field Reports,'" she says.

Thorn refrains from giving "concrete 'tips,'" she says, "since any tactic can be used for harm or for good." It's possible, though, to give some clear pointers on how to avoid being a dick to women -- and  despite the nonsense about "nice guys finishing last," that is a pretty strong attractant (at least to women who are confident and secure). With the help of Thorn and feminist activist and author Jaclyn Friedman -- as well as wisdom gleaned from my own unfortunate run-ins with pickup artists -- I've devised a list of basic principles for guys who want to pursue women without becoming a Hoinsky.

Friedman brilliantly adds, "If you're looking for any formula that will work on all women, you're doing it wrong, because you're treating women as vending machines that will dispense sex if you put in the right input." On that note, the headline above is tongue-in-cheek: Stop thinking about women as "chicks" you can "get" and, ironically, you might actually get some.

Pay attention to her

Part of treating a woman as an individual, rather than a mass-produced kitchen gadget for which you have the instruction manual, means paying attention to her. Thorn says pickup artistry becomes unethical when "you stop thinking about the other person's experience," she tells me. "The experience, the journey, and making sure your partner feels OK is just as important as 'results.'"

Similarly, Friedman suggests -- wait for it -- listening to her. "Listen more than you talk! Want to let a woman know you're into her? Pay attention to what she's saying and doing," she writes in an email. "Respond genuinely. This may mean you have to pay attention to the fact that she doesn't want to talk with you, or you're making her uncomfortable! On the other hand, sometimes listening will have the added benefit of making her feel more comfortable around you, and it's hard to feel sexy when you're feeling afraid, annoyed or uncomfortable."

She isn't an enemy

Thorn says her chief complaint with the PUA community is that it often frames women as the enemy. "The way we frame our relationships helps us decide which tools to use: If you feel like your partners are enemies, then you are likely to use social tactics that hurt them," says Thorn. "On the other hand, if your partner is also a friend, then you'll be more careful."

Much of the PUA canon focuses on feigning confidence -- by taking up space and seeming unavailable. It's true, confidence is wildly attractive -- but instead of attempting to trick a woman into thinking that you're a secure human being with a lot going for you, be one. This way everyone wins: You become happier with yourself and can show it off without being a false-advertiser. (And that's one of the main problems I have with pickup artistry: Too often it involves trying to deceive women about who you really are. There's no respect in that sort of sleight of hand.) This route may not be as fast as learning to lean against a bar like you own the place, but it will last much longer.

"I would also say that, properly deployed, honesty can be quite charming," says Friedman. "'I'm sorry, I'm listening, I swear, it's just your smile is very distracting.' 'I felt I should tell you that I'm not just interested in you for your brain.' That sort of thing." But that comes with an important caveat: Only do this after "you've actually engaged with and genuinely paid attention to her for a bit, and have reason to believe she's feeling comfortable around you," she says. "If you open with, 'You're gorgeous, do you want to go back to my place?' you're going to have very poor odds, because most women are going to just roll their eyes and try to lose you as soon as they can."

Sex should be win-win

Scoring should never be one-sided. Both parties should feel like they've lucked out when they land in bed together. Therefore, seduction shouldn't mean physically escalating à la Hoinsky until the woman either screams "STOP" or feels pressured into sex; she should want you as much as you want her -- and if she doesn't, back off. Good sex isn't something you get from another person; it's something you experience with them.