A "compliment" from a shareholder shows that for too many men, a woman's looks still matter more than anything 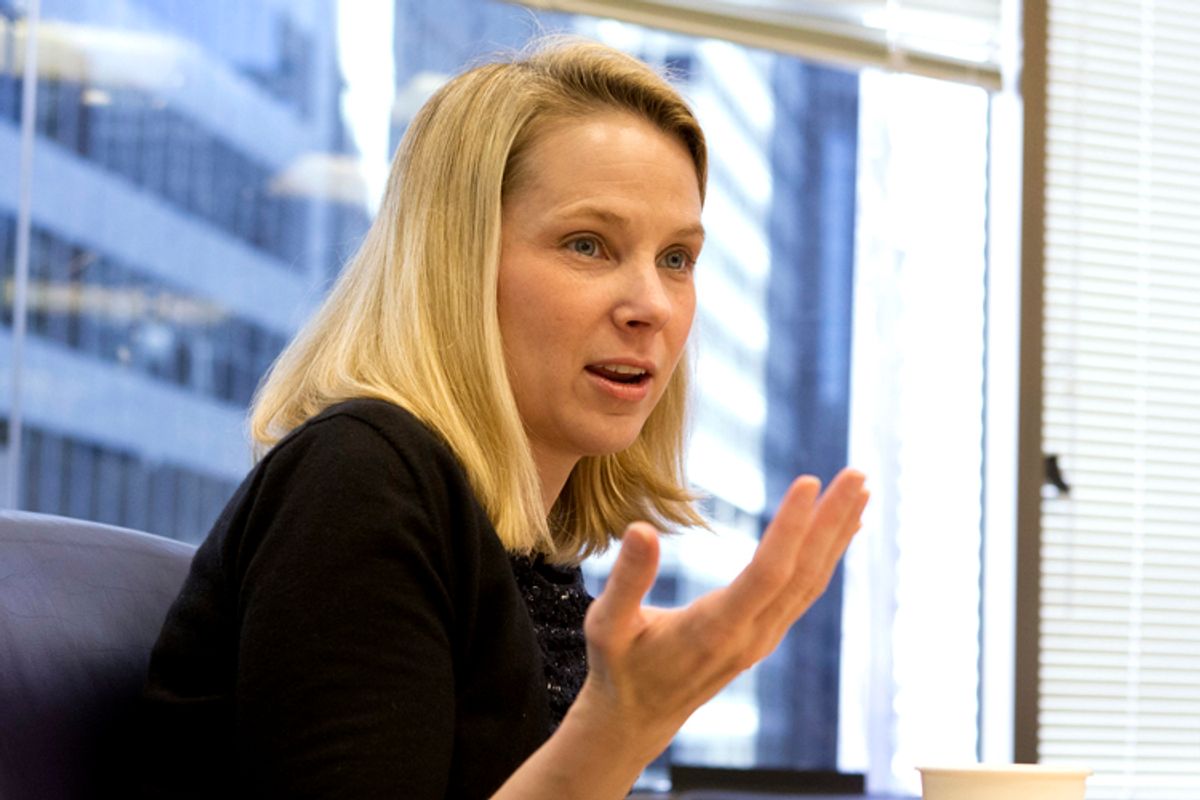 It was just an offhand comment. A little attempt at humor. A compliment, even. But here's some advice for Yahoo shareholder Mr. George Polis: When you're addressing the CEO of a major corporation at a shareholder's meeting, this isn't how you do it. "I have 2,000 shares of Yahoo," said Polis. "I'm Greek, and I'm a dirty old man, and you look attractive." Go ahead and consider for a moment that nobody gives a crap about your aesthetic assessment of Marissa Mayer's looks.

There is a default expectation that a woman should be visually and temperamentally pleasing – especially to males. When, a few years ago, a female friend started taking Japanese lessons, she was surprised that the instructor taught females students to speak at a higher pitch. And as stories in both the Atlantic and Slate this month pointed out, women are considered suspect when their natural resting face is anything but soft, smiling and pliant.

The public conversation about women – in particular powerful women -- repeatedly places them in the context of their looks and their relationships. This spring, Business Insider ran a piece on what Mayer's "fashion sense says about her management style." How about something about what her management style says about her management style? A March CNN piece on travel advice from "10 powerful women" asked Campbell's Soup president and CEO Denise Morrison, "You have a meeting immediately after your plane lands. What's your advice for looking presentable?" and "What are your tips for keeping relationships with kids/spouses/partners healthy when you're always on the road?" A 2011 New York Times story on IBM chief Virginia M. Rometty's family glowingly declared, "Here’s to [her husband] Mark Rometty," noting he not only heroically answers the family phone, he "deserves tremendous credit for pursuing a career that gave him the time and flexibility to support his wife’s ascension to the pinnacle of global business."

And this is why seemingly minor crap like some jackass giving his opinion on how very fine Yahoo's CEO is matters (especially in the same week that the geniuses in our Supreme Court decided you can't harass someone unless you're his or her supervisor). It matters because it speaks to all of the entitlement and privilege that working women come up against all the time. The casual assumption that how they dress and look is the first notable thing about them, that approval for their appearance is desired or welcome. The concern trolling over how they can possibly hold their families together. The subtle undermining of their accomplishments, sacrificed on the altar of superficiality. He may just be one self-styled dirty old man, but George Polis said a mouthful when he commented on Marissa Mayer's looks. He said that how a woman does her job is secondary to how a woman makes him feel.