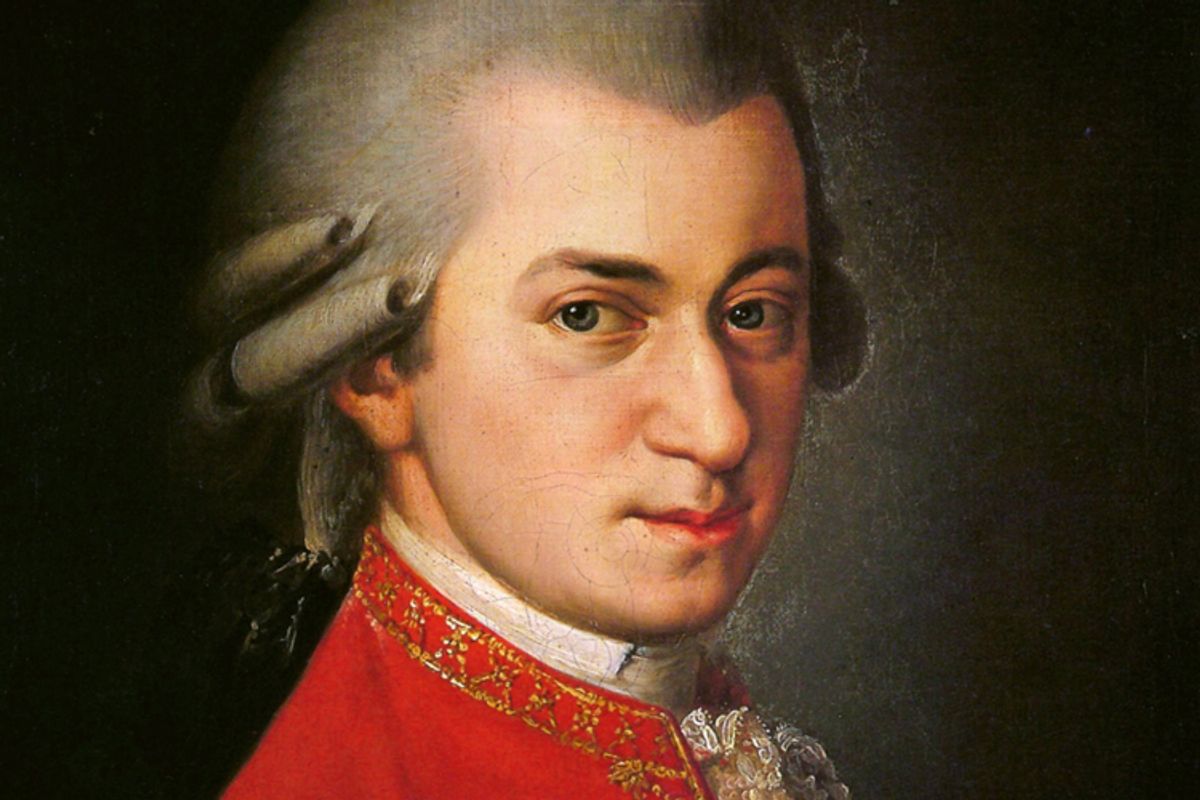 Score another one for Wolfgang Amadeus. Researchers report the soothing sounds of a Mozart minuet boosts the ability of children and seniors to focus on a task and ignore extraneous information.

Dissonant music has the opposite effect, according to Nobuo Masataka of Japan’s Kyoto University and Leonard Perlovsky of Harvard University. Their findings help make the case that music, sometimes thought of as a pleasant byproduct of evolution, has in fact played an active role in human development.

In the journal Scientific Reports, the researchers describe an experimentfeaturing 25 boys (ages eight and nine), and 25 seniors (ages 65 to 75). All completed a modified version of the well-known Stroop task, in which a word spelling out a color is presented in a different color (such as “red” written with green letters). As a series of such words flashed across a computer screen, participants were asked to name, as quickly as possible, the color of the letters themselves, ignoring the color they spelled out.

Participants performed the test three times: Once while a simple Mozart minuet played in the background, once while listening to a modified version of the piece featuring many “dissonant intervals,” and once in silence.

To Masataka and Perlovsky, this suggests consonant music—that is, music that has a pleasing sense of stability and completeness—may have “an important cognitive function: help overcoming cognitive interference.”

They argue that this practical value helps explain why humans gradually evolved to prefer consonant over dissonant music. However, they are quick to add that unsettling music also has value, perhaps helping us come to terms with difficult situations such as the death of someone close to us.

This new research augments a study released last year by the same team, which found listening to Mozart helps us cope with cognitive dissonance—the deep discomfort we feel when we realize two of our beliefs are at odds. Together, the results suggest music can help us see a complex, confusing situation more clearly, and cope with it more efficiently—an ability that “facilitates human evolution,” Masataka and Perlovsky write.

“Music evolved for helping to overcome the predicament of stress that arises from holding contradictory cognitions,” they conclude, “so that knowledge is not discarded, but rather can be accumulated, and human culture can evolve.”