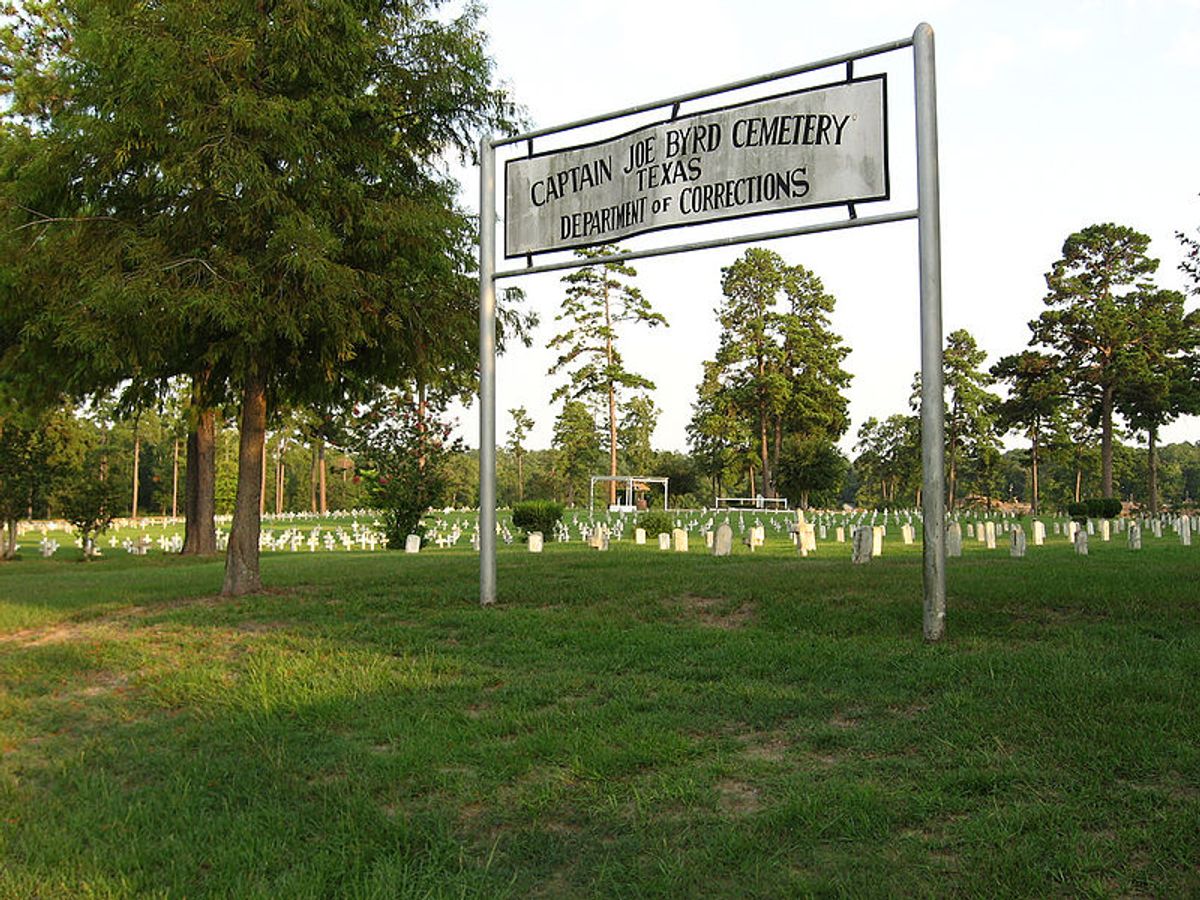 Kimberly McCarthy, 52, is scheduled to be executed today for the 1997 stabbing of her neighbor, marking Texas's 500th execution since the Supreme Court restored the death penalty in 1976. Over this period, Texas has executed far more prisoners than any other state with number two Virginia nearly 400 behind.

According to the Texas Tribune, Governor Rick Perry has overseen the executions of 261 people since he assumed office in 2000. "Perry has rarely used his power to grant clemency, granting 31 death row commutations, most of them — 28 — the result of a 2005 U.S. Supreme Court decision banning capital punishment for minors."

Kristin Houlé, executive director of the Texas Coalition to Abolish the Death Penalty, said that the marking of the state's 500th execution should be a time to reflect on "all the flaws and failures that exist" in the state's criminal justice system.

Many of those on death row who are now being scheduled for execution were sentenced decades ago, she said. The dwindling number of death penalty sentences doled out by juries today indicate that many of those offenders would not have been sentenced to death if they were charged and tried now, she added.

According to a Texas Department of Criminal Justice report, Texas juries during the 2012 fiscal year sent just five defendants to death row compared with 94 who were sent to prison for life without the possibility of parole.

Earlier this week The New York Times publisshed a damning editorial explaining problems with Texas's willingness to execute African Americans. The whole thing is worth a read but here's a choice passage:

Texas’s death penalty system is notorious for its high tolerance of ineffective counsel for defendants, overly zealous prosecutors, and racial discrimination in jury selection. The case of Kimberly McCarthy, the woman scheduled for execution, seems tainted by all three.

Ms. McCarthy is an African-American who was sentenced to death in 2002 for murdering a white woman. That’s not surprising: In Texas as well as other states, a black person who murders a white person is more likely to receive the death penalty than when the victim is black.

The 12-person jury that convicted and sentenced Ms. McCarthy included only one person who wasn’t white, after prosecutors used their peremptory, or automatic, challenges to strike three other non-whites. That was in apparent violation of a Supreme Court ruling against purposeful exclusion of minorities from a jury when a minority is the defendant.