Today's rulings coincide with other important dates in the fight for equality: Stonewall and Lawrence v. Texas 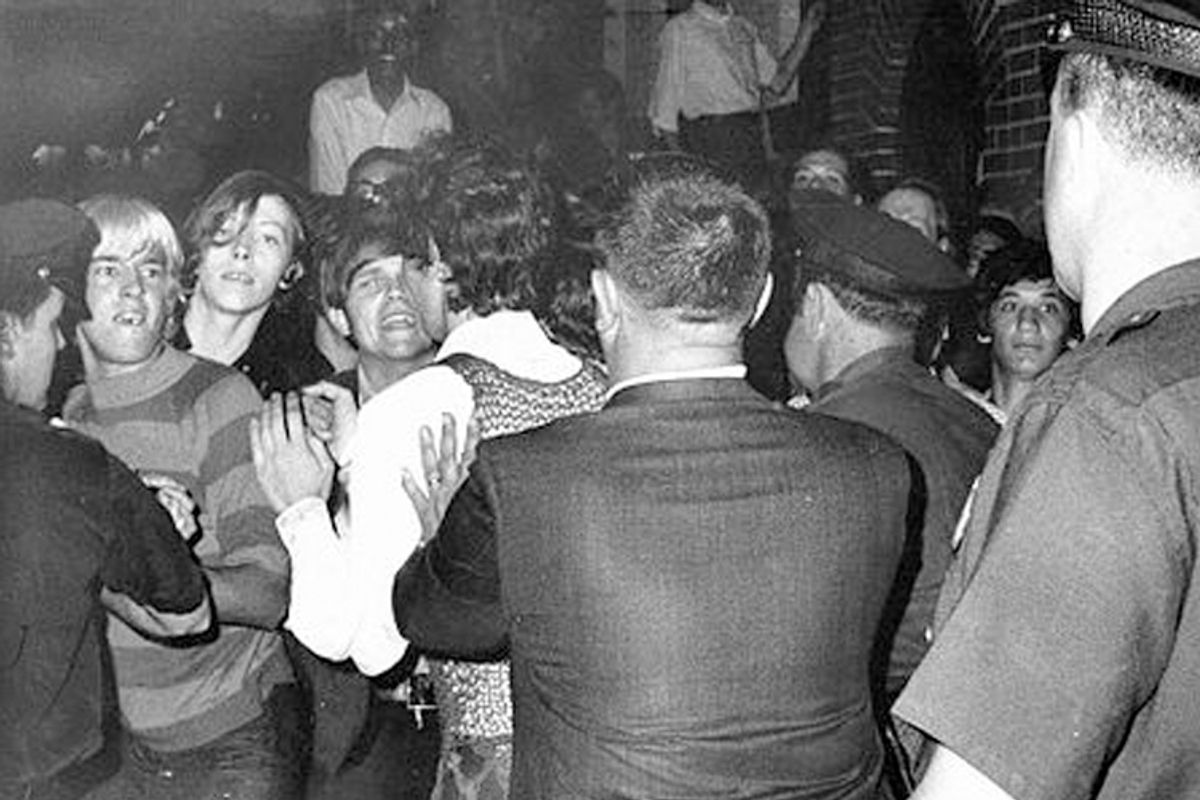 Police force people back outside the Stonewall Inn as tensions escalate the morning of June 28, 1969. (Wikimedia/Joseph Ambrosini)
--

With two landmark Supreme Court rulings, today's date will undoubtedly be added to the canonical dates of the struggle for LGBT equality, made all the more meaningful by its close proximity to the anniversary of the Stonewall riots, which gave birth to the gay rights movement in America almost exactly 44 years ago, and the Supreme Court's first major pro-equality decision 10 years ago today.

Shortly after midnight on June 28, 1969, police in New York raided the Stonewall Inn in Greenwich Village, arresting and harassing the gay clientele. It was like countless previous police raids on gay clubs until a series of escalating events led to open rebellion in the Village, and sparked the beginning of the gay equality movement. A year later, June 28 marked the first Gay Pride protests in a handful of major cities. To this day, most Pride rallies, including those in other countries, are still held at the end of June in honor of Stonewall, and this weekend's festivities in San Francisco, New York and other cities promise to be all the more buoyant, given the Supreme Court's rulings.

Coincidentally, today also marks the 10-year anniversary of the day the Supreme Court handed down its landmark ruling in Lawrence v. Texas, which struck down anti-sodomy laws. It was an early victory in a string of legal advances for LGBT equality, leading to today's.