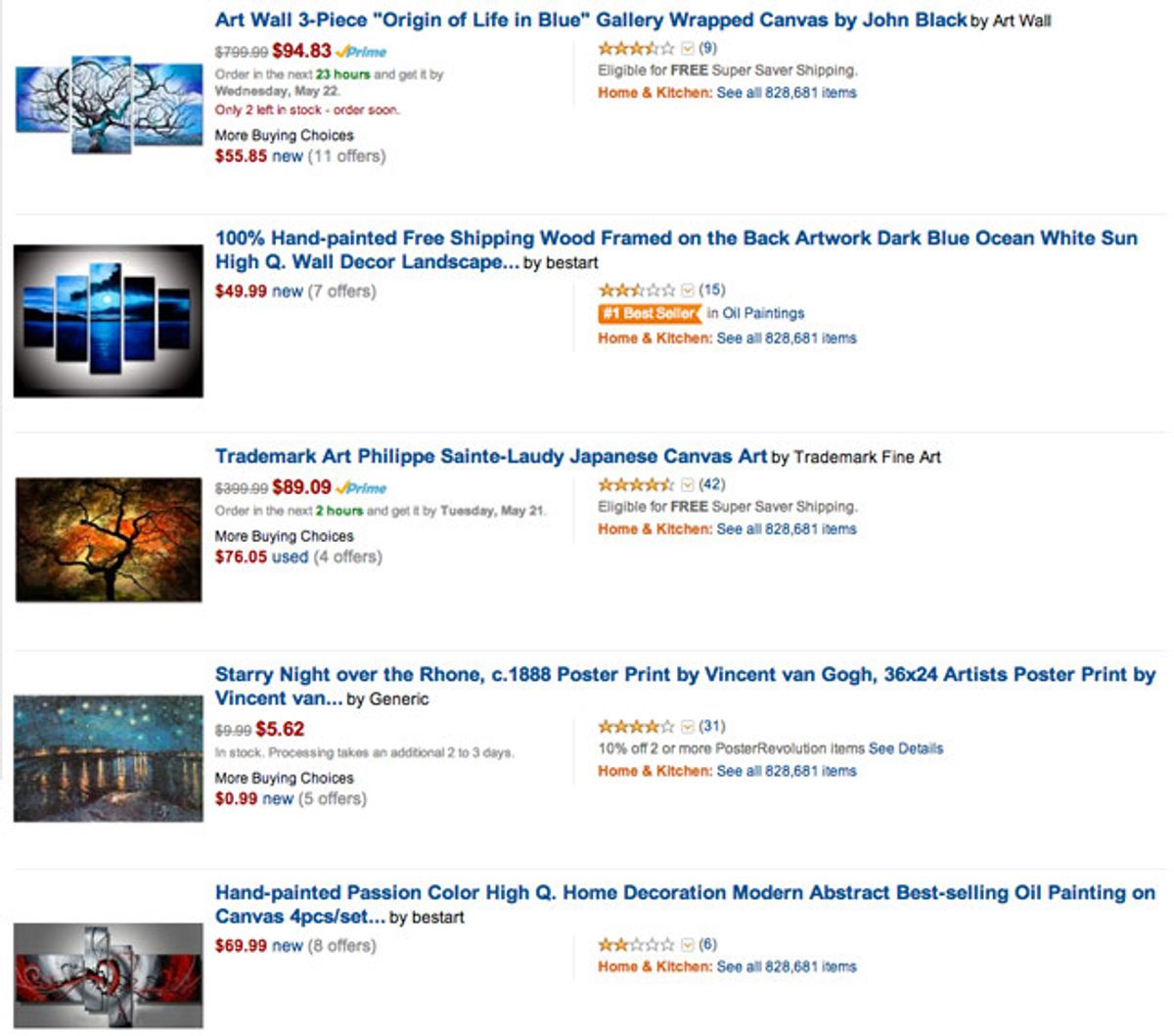 (Screenshot via Amazon, via Hyperallergic)
--

France, famously protective of its heritage from American philistines, is adding Amazon to Chez McDo and the other barbaric invaders who pose a threat to France's cultural security. Reuters reported that Culture Minister Aurelie Filippetti wants to ban Amazon's simultaneous use of discounts and free delivery, the combination of which threatens the nation's booksellers.

"I'm in favor of ending the possibility of offering both free delivery and a five percent discount," she told BFM news television on Friday. "We need a law, so we're going to find a legislative window to introduce one."

Filippetti's remark underscored tensions between the French government and U.S. online firms such as Amazon and Google, which have been criticized for paying too little to the creators of cultural or news content.

France, like other European countries, bans retailers from discounting books more than 5 percent from a sale price set by the publisher. This is to prevent small sellers from being crushed by giant retailers that can absorb bigger discounts.

But the threats to La Patrie don't just come from across the ocean. Parliamentarian Daniel Fasquelle wants to restrict use of the word "restaurant" to establishments that prepare their own food. The common serving of mass produced dishes in France might come as a surprise, if you've never been to France.

If you’ve ever wondered why French classics such as a “moelleux au chocolat” or a “tarte tatin” tastes suspiciously the same in Paris restaurants, it’s probably because it is. About a third of French restaurants say they use industrial food, and Fasquelle and other officials fear declining standards at the nation’s 150,000 restaurants threaten a tourism industry that represents 7 percent of France’s $2.8 trillion economy.

“The odds are sadly good you’ll be eating a pre-prepared dish or two if you dine out at the low to mid-level of the Paris food chain,” said Alexander Lobrano, author of “Hungry for Paris” and former European Editor of Gourmet. “I fervently hope that a law with real teeth will be passed in France, since it would not only go a long way to preserving the country’s distinguished gastronomic reputation but also reward those chefs who work so hard to prepare ’real’ freshly cooked food from quality ingredients.”