Using a letter from the Treasury Inspector General, the GOP revives the scandal for another day -- but barely 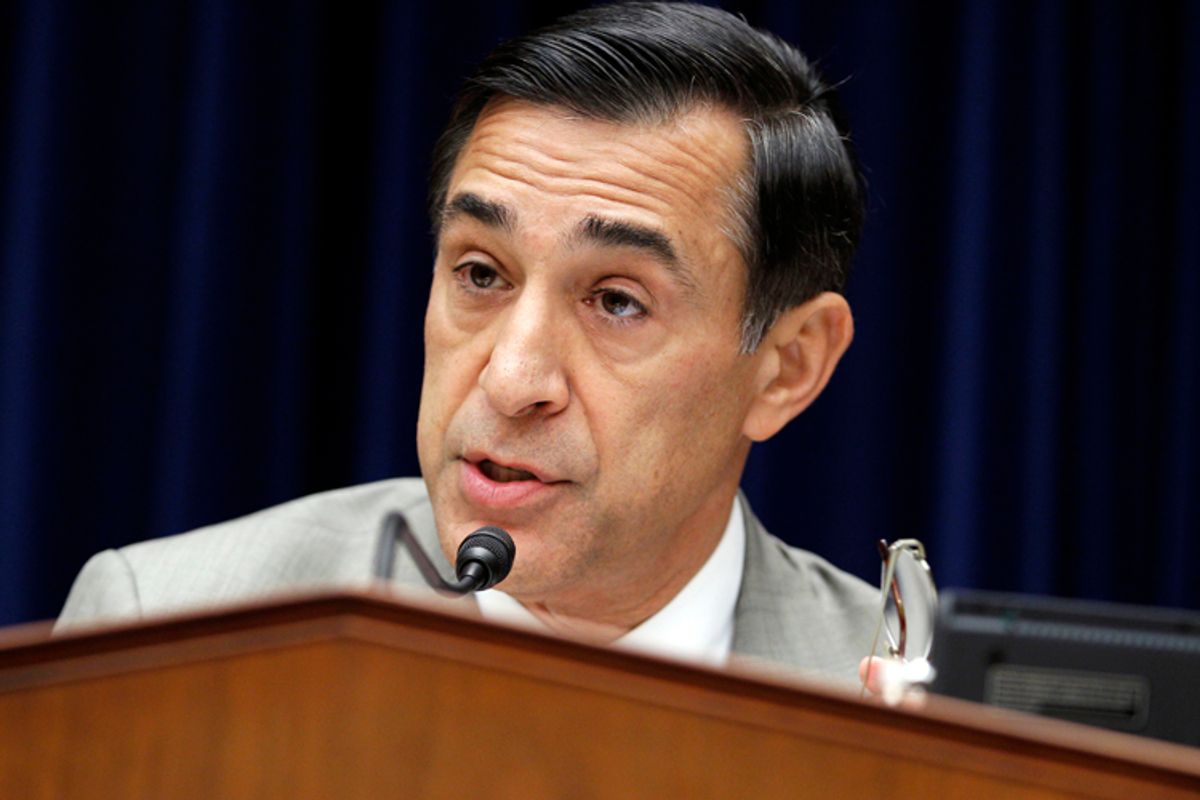 Like a "zeke" in "World War Z" that just won't die, the IRS scandal lives another day. We declared it dead on Monday -- based on the information we had at the time -- after we learned that the IRS had targeted progressive and Occupy groups in addition to Tea Party ones.

But today, Treasury Department Inspector General Russell George explained in a letter to lawmakers that while some liberal groups got extra scrutiny, they weren't systematically targeted like conservative ones were. "We found no indication in any of these other materials that 'Progressives' was a term used to refer cases for scrutiny for political campaign intervention," the IG wrote. While 100 percent of applications for groups with "Tea Party," "Patriot" or "9/12" in their name were processed as "potential political cases," just 30 percent of progressive ones were.

So were Republicans right all along? Conservatives blogs certainly think so, writing that the report "obliterat[es] the Left's shiny, new, and perfidious talking point." A spokeswoman for the Republican-controlled House Ways and Means Committee, which oversees the IRS, said: "The evidence shows us that conservative groups were not only flagged, but targeted and abused by the IRS."

Maybe, but this ignores the reality that progressive groups still were targeted along with conservative ones (the only group actually denied tax-exempt status was a progressive one), that some Tea Party groups deserved the extra scrutiny, and that the focus on conservative groups makes some sense in a historical context.

Indeed, new data from today's letter gets at a point that liberals have been making from the very beginning of this controversy. The IRS's job is to ensure that people don't exploit tax-exempt status to do political work, but it's never had a formal process of how to do that, so bureaucrats came up with the kludgey (and improper) workaround of targeting groups by their names.

During the time in question, May 2010 through May 2012, the IRS was flooded with applications for new conservative groups, thanks to the explosion of the Tea Party movement and the Citizens United decision. So it made some sense for the IRS screeners looking for political groups to start with them. If Willie Sutton robbed banks because that's where the money was, then IRS screeners went after Tea Party groups because that's where the new applications were.

And thank to the IG's letter today, we now have hard numbers to show just how big that flood was. Six groups with "progressive" in their name were added to a list of applications to be given extra scrutiny, while another 14 "progressive" tax-exempt applications filed during the time period in question were not added to the list. That makes for a grand total of 20 "progressive" groups. Meanwhile, there were 96 groups with "Tea Party," "9/12" or "Patriots" in their name.

And the IG's letter says that "progressive" was placed on a "historical" list of terms to "be on the lookout" for -- perhaps from a time when progressives were the ones flooding IRS offices with new applications.

Calling the targeting abusive is also fallacious, since, as Joan Walsh wrote, many of these groups were pretty blatantly political. And we still don't have information on "Occupy" groups, which were also on the list and are perhaps a more accurate analog to "Tea Party" than "progressive."

All that said, Republicans still managed to achieve their prime goal today: revive the scandal for another day, even if its life force appears to be waning.