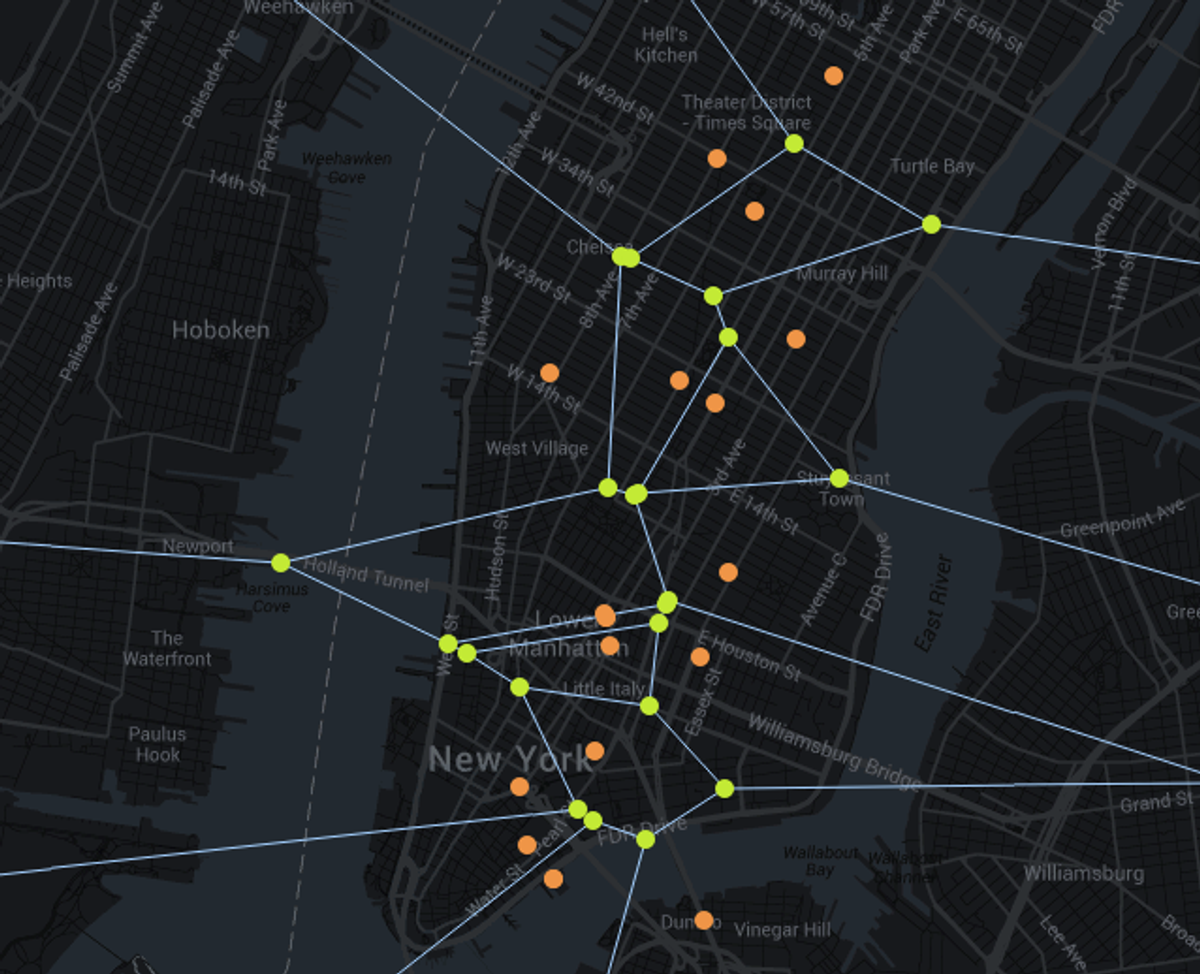 (Screenshot, Hell Is Other People)
--

Are you a shut-in with no interest in maintaining a connection to the outside world? Do you prefer the sound of a radiator humming to the music of a child's laughter, or the radiation from a Swanson microwavable dinner to the warmth of another human body? Put it this way: When you run out of toilet paper, does the prospect of bumping into someone on the way to the store make you scurry back inside and use the blank title pages from old paperbacks instead? If so, then you might be interested in Hell Is Other People, a new app that enables your crippling fear of social interactions by teaching you how to avoid people altogether.

Created by Scott Garner, a master's degree candidate in the interactive telecommunications department at NYU, Hell Is Other People relies on the same technology as Foursquare, an app that allows people to "check in" at various establishments to display their location to other users. Unlike Foursquare, which aims to maximize the possibility of face-to-face interaction, Hell Is Other People displays the locations of others, as well as the best routes you can take for how to avoid them.

Garner, who suffers from social anxiety, was inspired to create the app after seeing a lecture by FourSquare co-founder Dennis Crowley. Via ABC News:

“[Crowley] was a student who wanted to party and started working on this app to find out what bars everyone was hanging out at,” Garner said. “Well, what about the students who don’t want to party all the time and don’t want to go to bars all the time? What can you do to avoid people by using technology?”

The Web app is simple to use. First, a person connects his or her FourSquare account through “Hell is Other People.” Then, the Web app conjures up an avoidance map. The map contains orange and green points. Orange points indicate check-ins by other users, and green points represent “optimally distanced safe zones,” as suggested by the app.