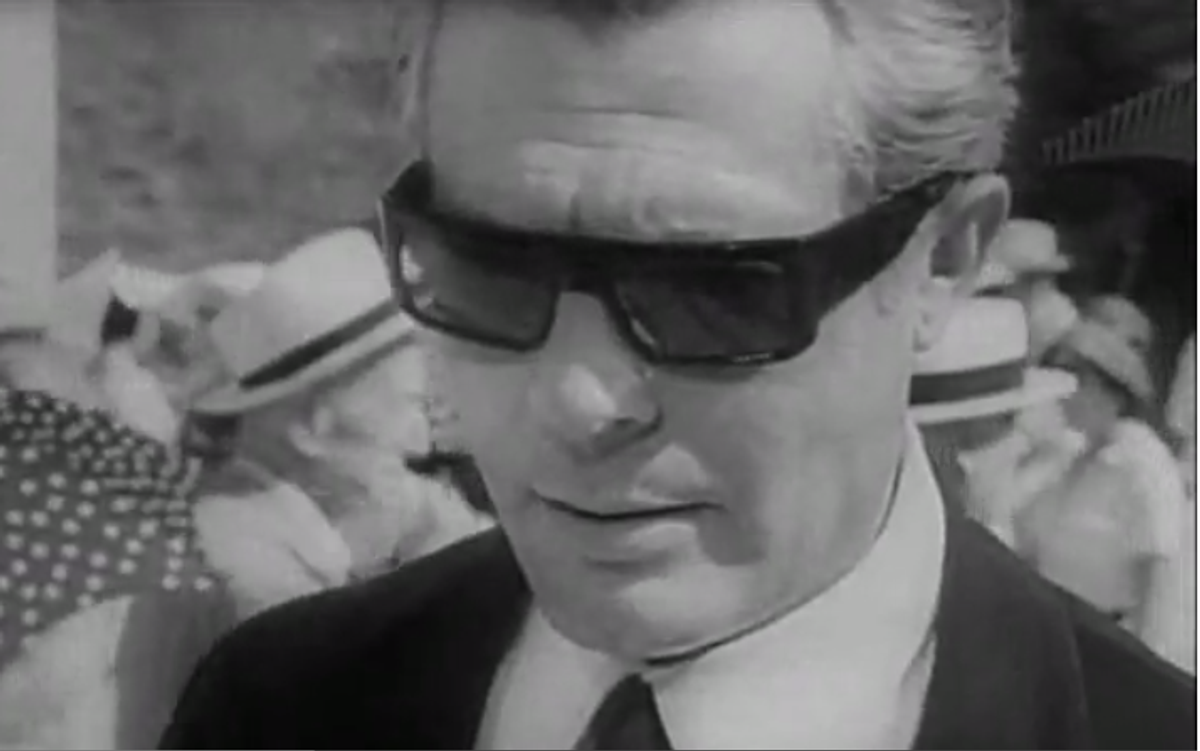 Fifty years ago — on June 25, 1963 — Federico Fellini's 8 1/2 had its US premiere in New York City. It’s a transparently autobiographical film about a world famous director unable to finish his next film, beset by doubts, anxieties, and nightmares. As the film opens, our hero Guido, Fellini's alter ego, played by Marcello Mastroianni, faces a dilemma that may be familiar to many: What if your deadline arrived, but you had written nothing? What if people came to hear you, but you had nothing to say? What would happen if you ran out of ideas?

And then: If you did so, would it be any good? Would the critics, and the audience, see through your ruse? Or — dreams of glory — would it bring a triumphant resolution to your crisis? Would it be celebrated as a work confirming your honesty, your talent, your insight, your brilliance?

When 8 1/2 was released in 1963, questions like these were particularly intense because Fellini was an especially famous director, the personification of the art film director as creative hero.

Born in 1920 in Rimini, a provincial resort town, Fellini was, already as a teenager, a talented artist who drew caricatures of movie stars, which the local movie theater hung in its lobby. During World War II Fellini avoided military service and gained fame for his comic strips and gag writing. When the allies liberated Rome in 1944, Fellini opened “The Funny Face Shop,” where he made a living drawing caricatures of American soldiers.

Fellini was present at the creation of the postwar Italian cinema: he had writing credits on Roberto Rossellini's neorealist masterpiece Open City in 1945, and the next year onPaisan. The first film he directed that was distributed outside Italy was I Vitelloni in 1953, which won the Golden Lion award at the Venice Film Festival, the first of hundreds of international awards Fellini would win. In 1954 came La Strada, which won 50 prizes worldwide, including the Academy Award for Best Foreign Film in 1957. The next year he won his second Oscar for Best Foreign Film for Nights of Cabiria.

In 1960 he gained a worldwide audience with La Dolce Vita, a new kind of film for Fellini, far from a conventional narrative, and a sensational portrayal of the empty thrills that filled the lives of the new rich of postwar Italy. La Dolce Vita was fantastically popular and controversial: in Italy right wing politicians denounced the film in Parliament, and the Catholic Church demanded it be censored; the Italian left rallied to the film's defense. It was the most famous film in the world in 1960. 8 1/2 comes next: the work of the most acclaimed director of European cinema.

To see this film in 1963 was to participate in a new cultural phenomenon in America, the European art film. In St. Paul, Minnesota, where I saw 8 1/2, it meant going to a special theater — the Campus Theater &mdash; where we aspiring young intellectuals and budding film buffs gathered on weekends to watch the films that had revolutionized movies: Truffaut, Bergman, Antonioni. For us it was almost like we were living in Florence during the Renaissance and were seeing for the first time the work of our Michaelangelos, our da Vincis. When we went to see these films, we had to talk about them afterwards — at Dudley Riggs’s Cafe Espresso on the same block. We loved those films, but we wondered whether we really understood them.

8 1/2 was in many ways the perfect film for us because it made talking about film the center of the film's action. 8 1/2 is a self-reflexive film. Guido is regularly confronted by his writer, his producer, his actresses, all saying the same thing: "Can we talk about the film?"

The characters ask Guido the same questions we in the audience are asking: "What is the writer's real intention here?" "What's the film about?" The characters in the film raise plausible objections. One complains about "those harmless little memories of childhood, drowned in nostalgia." Another declares "The film has nothing to say." Other characters voice the director's worst fears: "This film is pompous and stupid, like the director." "What can YOU teach other people?" And finally: "Suppose you're really finished, you uninspired, untalented fake?"

Guido replies by expressing his hopes, his longing to do something really good. "I want to make an honest film,” he says. “No lies, no compromises. I'm putting everything in.”

After 8 1/2 was released, the critics offered many reasonable objections: the characters are mostly caricatures, the satire is overly broad, the length — two hours and 18 minutes — is self-indulgent.

Still, the film succeeds, and for many reasons: because of Fellini's wonderfully self-deprecating humor — the way he mocks the idea of the director as a genius, the artist as romantic hero; because of his honesty in expressing both his dreams of glory and his self-hatred, anxiety, and dread; and because visually it’s stunning and exhilarating. Even Pauline Kael, who hated arty European films, praised the film's "dark and light contrasts" as "extraordinary" and "magical." Finally it succeeds because of Fellini's generosity. He does "put everything in"; he paints a huge canvas, he creates a work teeming with life — its miseries, its confusions, and its moments of wonder and glory.

8 1/2 is available on DVD from the Criterion Collection in a glorious high-def transfer. What better way to celebrate the 50th anniversary of its American premiere than to watch it again?