"Anna Nicole" chronicles her addiction, implants and May-December marriage -- but doesn't go below the surface 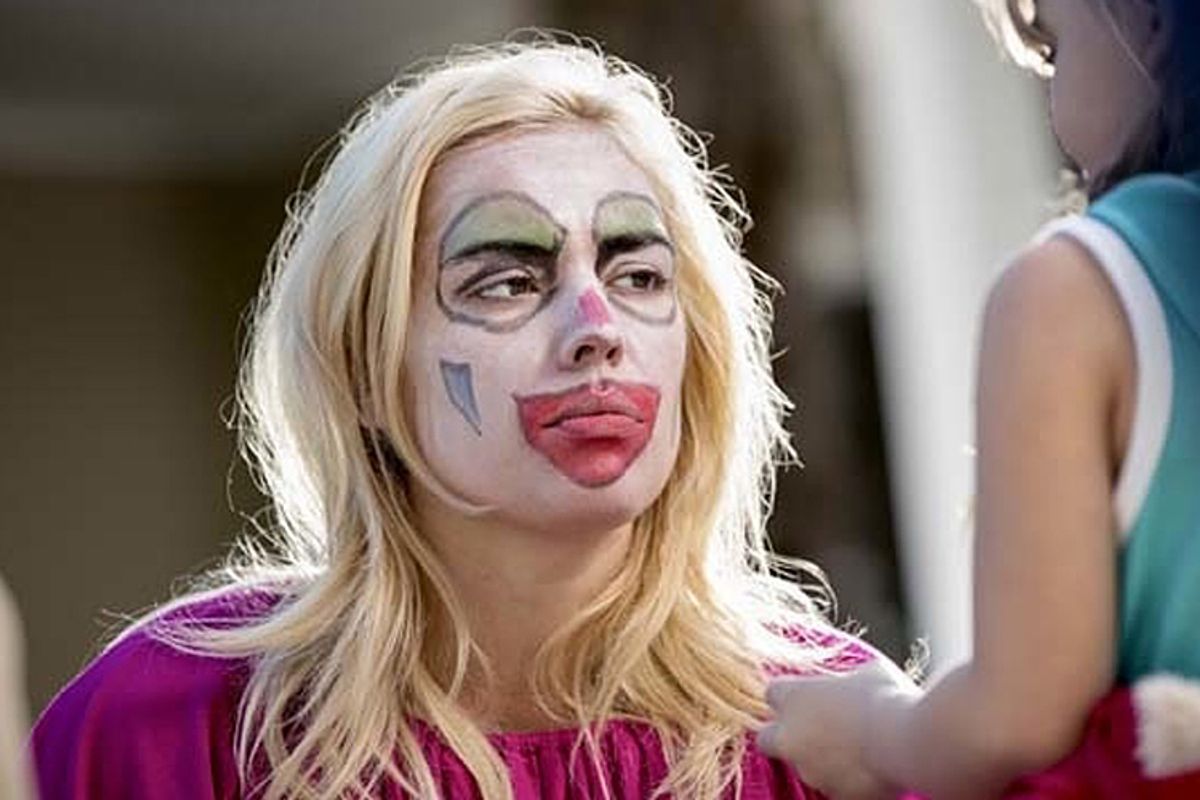 “Anna Nicole,” a biopic of the massive-chested, Playboy-modeling, Guess-jeans-selling, Marilyn Monroe-looking, short-lived, drug-addled tabloid fixture, premieres Sunday night on Lifetime. The movie is directed by Mary Harron, who has previously made such films as “American Psycho,” “I Shot Andy Warhol” and “The Notorious Life of Bettie Page,” an unexpectedly polished résumé for someone slumming it in Lifetime movie land. Disappointingly, but perhaps not surprisingly, the lowbrow juju of the Lifetime movie — one of the strongest forces in all of television – triumphs over whatever highbrow aspirations Harron had for the project, if, in fact, she had any. “Anna Nicole” has an extraordinarily hazy point of view, tonally sympathetic to Smith but unwilling to explore any of the details, sloppy but particularizing, that might mitigate and humanize her increasingly terrible behavior. If Anna Nicole Smith was in some way emblematic of our celebrity moment— and she was, a decade before Paris Hilton, famous for being some version of herself — “Anna Nicole” does not make that case: She seems as much an unfortunate joke as ever.

Soon after “Anna Nicole” begins, Anna Nicole Smith, played by Agnes Bruckner — who is never herself naked, the one truly impressive thing about this movie — is seen lying on a slab in a morgue, narrating her life from death. “I’ll be buried as international celebrity and a balls to the wall party girl Anna Nicole Smith,” Bruckner says, “but I was born Vickie Lynn Hogan.” “International celebrity” and “balls to the wall party girl” are two of the nicer terms I can think of to describe Smith. Not to put too fine a point on it, but if you Google her right now, you will turn up, along with her Wikipedia and IMDb page, an image of her sitting up in a hospital bed, eyes closed, covered in her own vomit. When she died, soon after her son had OD'ed in her hospital room while visiting his mother and brand-new sister, she was best known for her plastic surgery, a reality show in which she was always noticeably high, a paternity lawsuit, and a decades-long case to get money from the 86-year-old sugar daddy she had once married. If Anna Nicole Smith deserves a biopic at all, it is not because she is an international celebrity or balls to the wall party girl, but because of the way being both of those things destroyed her life.

It is not a promising start, and the movie proceeds for a while in this sympathetic vein. Smith, still going by Vickie Lynn, is briefly shown as a small girl living in a house with a tough mother (Virginia Madsen) and a pervy father. She sees a copy of Marilyn Monroe’s Playboy in a moment of trauma and begins to imagine an alternate, Marilyn-esque identity for herself (though one with huge fake breasts). As a teen, her mother locks her in her room rather than let her go out bowling wearing too much makeup and a stuffed bra: No daughter of hers is going to get pregnant so young. Jump-cut to a few years later, and Vickie Lynn has a new baby and is forced to start working at a strip club in Houston in order to provide for him.

These early scenes are the foundation of the film, and they are shaky. An hour later, when Smith has finally landed in rehab for a long, destructive addiction to various pills, she will scream at her mother for never loving her. But one of the only times we've seen that mother is when she's trying to keep Vickie Lynn from getting pregnant. We've been told, by then, that Smith just cannot say no to fun, cannot say no to cameras, and really, really wants attention and affection from as many people as possible -- but she didn't exhibit any of these qualities as a young person, just a will to put food on her son’s plate.

The movie moves along, putting a fairly positive gloss on Smith’s behavior. In one scene, Smith, realizing that larger breasts will make her more money, goes to a doctor and rejects implants the sizes of peaches, grapefruits or melons, choosing instead bowling balls, which she pays for by raining cash down on a desk. There’s no mention of the surgery, discomfort or recovery, or the psychological impetus for or ramifications of getting a pair of bowling balls implanted in one’s chest: We just see Smith glamorously showing off her pair to appreciative clients. When she first meets J. Howard Marshall (Martin Landau), the elderly millionaire she will later marry, it appears they have a non-sexual understanding: She’ll hang out with him and he’ll take care of her.

But as Smith gets famous — becomes Playmate of the Year and lands her Guess contract — her behavior takes a turn. She starts getting drunk, popping pills, humping race cars while her son looks on. She loses her contract with Guess, is terminated by her agent, and marries Marshall, only to leave the night of their wedding for a photo shoot where she starts doing drugs again. There’s no psychological depth or sense of time here, no sense of how long she has been misbehaving — when her agent terminates her, it seems sudden. She meets the lawyer Howard K. Stern (Adam Goldberg) at a dinner, wasted and letting food fall out of her mouth, one of the many moments that edge over into classic Lifetime movie camp. On Stern’s advice, she tries to tape Marshall saying he wants to provide for her forever — by rubbing her boobs in his face, even as he is nearly catatonic on his deathbed. He mistakes her for his mother.

Things continue in this vein, with Smith behaving badly but the film not quite willing to own it -- she's an unreliable narrator the film keeps relying on anyway. Stern signs her up for a reality show. She gets back on drugs. Her son keeps trying to get her clean. She goes into rehab. Her son — who has been a model citizen to this point — starts taking drugs himself. She desperately wants to get pregnant so she doesn’t feel so empty. She gets pregnant and proceeds to abuse drugs and alcohol the entire time, giving the movie the chance to restage the infamous moment when she was painted up like a clown, stoned out of her mind. (Stern films her, saying, “This is going to make so much money.”) Her son shows up again, in the birthing room, seemingly sober, and then OD's after taking two of Smith’s pills. (In real life, these were apparently methadone, but if Smith was ever a heroin addict, the movie doesn’t mention it.) Then Smith dies, basically having given up — “Lately I’ve been thinking about letting Anna Nicole fly straight into the damn flame” — and walks into a white light and a crowd of people screaming her name: her idea of heaven, if heaven were actually hell.

Late in the film, Smith says in voice-over, “There are 100 people I could blame: Howard K. Stern, my mama, my dad, E. Prick [her nickname for Jay Howard’s son] for being a prick, Letterman for mocking me, Kodak for making cameras, doctors who provided all the pills I took, but if I am looking for the real culprit for what I let happen to my own flesh and blood, a mirror is where I gotta begin and end.” When someone actually name-checks all the people they could blame, but are not blaming, they actually are blaming them. And this is the perspective of the movie as well: Smith was responsible for her own life, but only up to a point. But to deny that she was really responsible for her choices is to make her as much a patsy as all those people she’s “not blaming” did. By refusing to really dig down on her darkness, on her complicity, her psychological issues, the movie glosses her over: She remains the big-busted, reckless, foolish and unknowable celebrity mess people already thought she was.