The mad genius of Vi Hart

You might think you don't have time for a 30-minute video on twelve-tone musical theory. You are so, so wrong 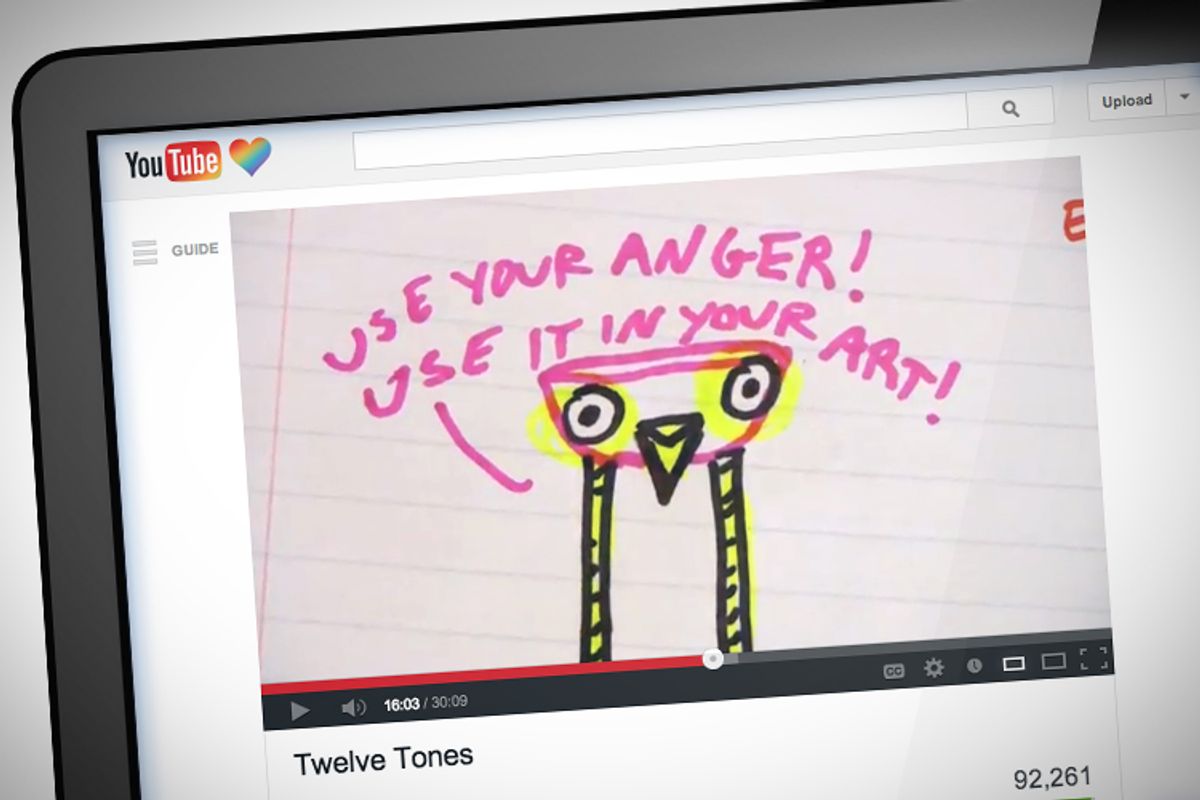 The "mathemusician" Vi Hart first came to my attention when my son showed me a hexaflexagon he had made after watching one of her YouTube videos. I soon discovered that there are good reasons why Hart's YouTube channel has more than 500,000 subscribers. She's funny, geeky and has a knack for explaining complex concepts in the span of just a few minutes. The four-minute-and-thirty-seven-second long Doodling in Math Class: Infinity Elephants" provides a classic example.

But Vi Hart's ambitions do not always fit into small sizes. On Thursday, she dropped her latest effort, and there's simply no other way to describe it than as a masterpiece of mad genius. At one point during the 30-minute video she observes that she wouldn't presume to tell you what her creation is "about," but that's not going to stop me.

Here are a few things I think Vi Hart's "Twelve Tones" video is about:

How to live life free from convention.

The physics of star creation.

Vi Hart is someone who can utter the sentence "It's like solving a puzzle rather than dealing with the overwhelming possibilities of infinite space while crippled by the responsibility of free choice" while at the same drawing cute little stick figures of Zombie Schoenberg and Mouse-relocating Robots on her notepad, all to a soundtrack of her own creation.

30 minutes might seem like an eon in Internet time, but I've watched it twice in the last twelve hours and I don't regret a second. "Twelve Tones" is the most deliriously and delightfully profound thing you can find on YouTube, until the next amazing video from Vi Hart comes along.