Chick-fil-A president Dan Cathy and Alec Baldwin are polar opposites, except when it comes to anti-gay tweets 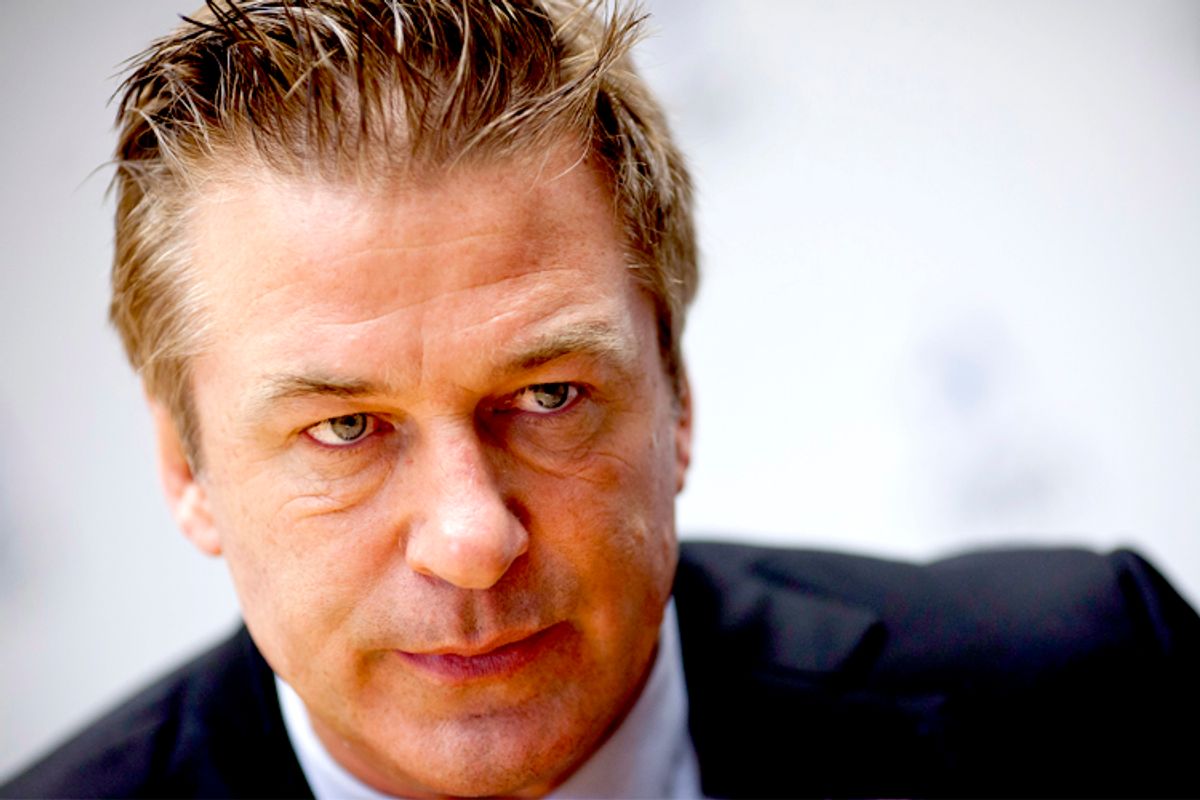 Evolutionary theory suggests that it was when we developed thumbs that we put our species on the path to becoming sentient humans. And then Twitter made us go and reconsider that call. This week's prime examples of how having the ability to hit a button is no proof of being a fully developed creature: Alec Baldwin and Chick-fil-A.

Popular poultry purveyor Chick-fil-A has a long and well documented history of support for "traditional," man-lady marriage. But after Wednesday's Supreme Court rulings, the company's president, Dan Cathy, couldn't resist sharing his observation, via Twitter, that it was a "Sad day for our nation, founding fathers would be ashamed of our generation to abandon wisdom of the ages re: cornerstone of strong societies." Yes, I am totally sure that self-described cougar chaser Ben Franklin, along with Thomas Jefferson, a man who likely fathered six children with his slave, would be appalled. Cathy quickly deleted the tweet, and issued a corporate statement that he "realized his views didn't necessarily represent the views of all customers, restaurant owners and employees and didn't want to distract them from providing a great restaurant experience." In other words, oops, he forgot that thoughts go on the inside, and that conflating "shame" and civil rights can be bad for business.

But Cathy wasn't the only one with a hasty finger. On Thursday, notoriously filter-free actor Alec Baldwin decided to take Twitter umbrage with a Daily Mail writer after the paper published a story alleging Baldwin's wife had been – what else? -- farting around on Twitter during James Gandolfini's memorial service. Baldwin promptly went on the offensive, in a series of tweets with a notably homophobic bent. He called the writer, George Stark, a "lying little bitch" and a "toxic little queen," and warned he'd "put my foot up your fucking ass, George Stark, but I'm sure you'd dig it too much."

Baldwin, who has since pulled up stakes on his entire Twitter account, is almost as well known for his combative online presence as he is for his award-winning acting. We expect him to erupt regularly, like Mount Etna. But it's the ease with which Baldwin slips into homophobic slurs, the knee-jerk sexual belittling, that makes his rant so supremely grotesque – and his deletion of it so cowardly and cheap. It's the same kind of ugly macho mind-set that drives the cavalier, all too common deployment of "fag" and "that's so gay" as a masculine go-to insult.

In their different tweets this week, both Dan Cathy and Alec Baldwin, two men who usually find themselves at opposite ends of the political spectrum, revealed how effortless it is to be derisive, how easy it is to go right to the place of fear and contempt. They showed themselves to the world. And then they deleted their words, as if they could make their actions disappear with a single stroke. And worse, they perpetuated the fiction that obliterating a message is the same as actually changing one's attitude.