You are how you sneeze 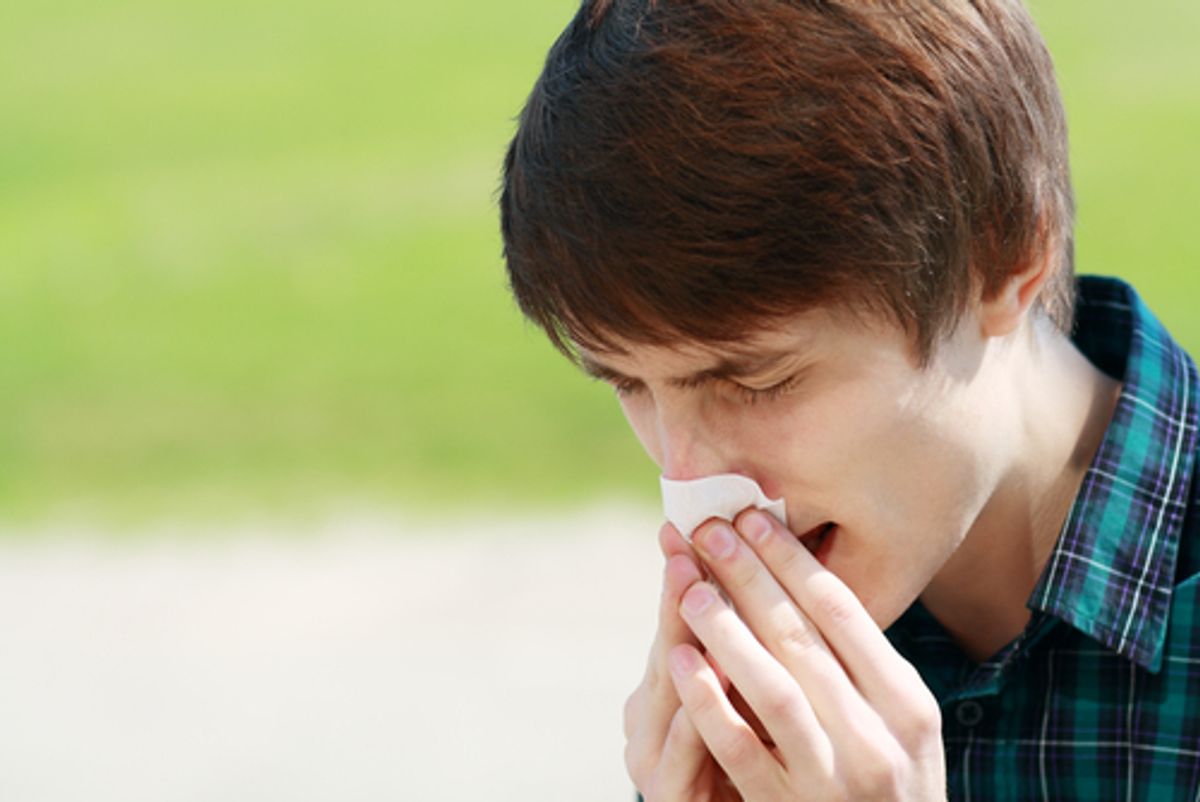 Are you one of those people who just sneezes out into the open air and then goes about living your life like nothing disgusting just happened? If so, you are sick, and it needs to stop. It also tells me that you are a germ-spraying bio-warhead who either does not concern him/herself with the health of others or delights in the pleasure of other people’s immune systems breaking down.

But, what does your actual sneeze—the sound, the volume, the frequency—say about you? A Chicago neurologist is trying to figure that out:

“Sneezes are like laughter,” says Dr. Alan Hirsch, a neurologist, psychiatrist, and founder of the Smell & Taste Treatment and Research Foundation in Chicago. “Some [laughs] are loud, some are soft. And it’s similar with sneezing. It will often be the same from youth onward in terms of what it sounds like.”

Hirsch says he doesn’t know of any studies that have been conducted on various sneezing styles and what they might mean, but says he does believe the way we sneeze reflects some component of the personality.

“It’s more of a psychological thing and represents the underlying personality or character structure,” he says.

As in: shy people squeak out little beeps that sound something like a group of mice nibbling on stale bread and “outgoing” people fire out multiple, Richter-level, chainsaw snorts. In keeping with this idea, two years ago, the Tampa Bay Times spoke to a body language expert who studied sneezers (humans) and arranged them into four different categories:

The get appreciated sneezer: This person’s sneezes are “loud, funny, long-lasting, or come in multiples.” They’re “charismatic, influential leaders,” but “they are not so good at details, and others often clean up their little messes.”

The get along sneezer: “These discreet sneezers turn away and hope no one hears them.” While ”polite, friendly, and warm,” they also “fear what others may think of them.”

The get it done sneezer: “These people may try to hold it in, but if they can’t, the sneeze will be loud, forceful, and fast.” The GID sneezer is “decisive, efficient, and wish[es] others would be,” and they are “most likely to get upset if service at a restaurant isn’t exactly to their liking.”

The be right sneezer: “The most likely to cover their mouths when they sneeze, they expect the same from others and will tell them so.” These people like rules, are tidy, prefer being alone, and “are angered by injustice.”

Me, personally? Rather than traditionally sneezing, I actually suck air in, which is a clear representation of my ever-growing existential dread and crippling fear of the inevitable collapse of American society. What about you?