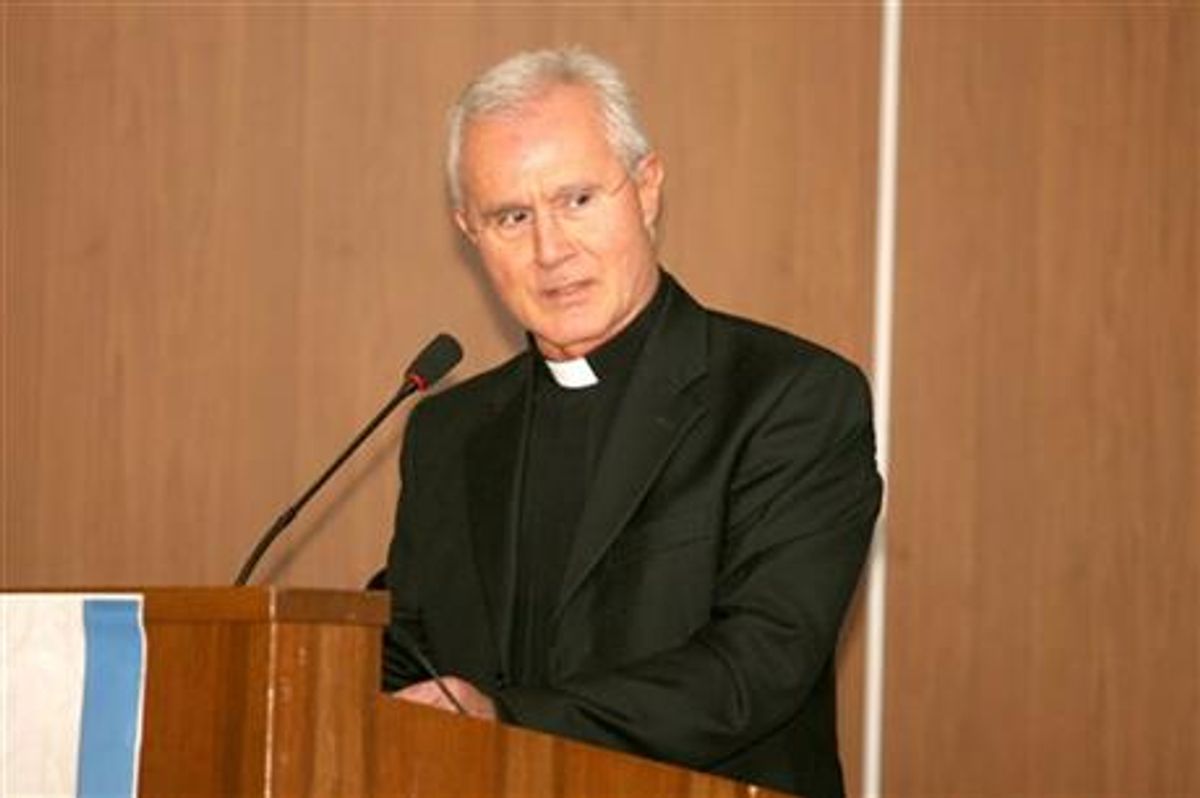 ROME (AP) — A Vatican monsignor arrested in a 20 million euro ($26 million) corruption plot has been questioned by Italian magistrates for the first time and has asked for house arrest.

Attorney Silverio Sica says Monsignor Nunzio Scarano is not well at Rome's Regina Coeli prison and wants to await a decision on his fate at home.

Scarano was interrogated for some three hours on Monday by Judge Barbara Callari, who must decide whether to confirm his arrest.

Scarano was arrested Friday with two other people in an elaborate plot to bring 20 million euro from a Swiss bank account into Italy without reporting it to customs officials.

Sica said Scarano "recognized it wasn't licit," but acted to help out his friends.

Prosecutors have identified the friends as Italy's d'Amico shipping family.