Silicon Valley has launched a backlash against ankle-biting journalists. Careful what you wish for, guys 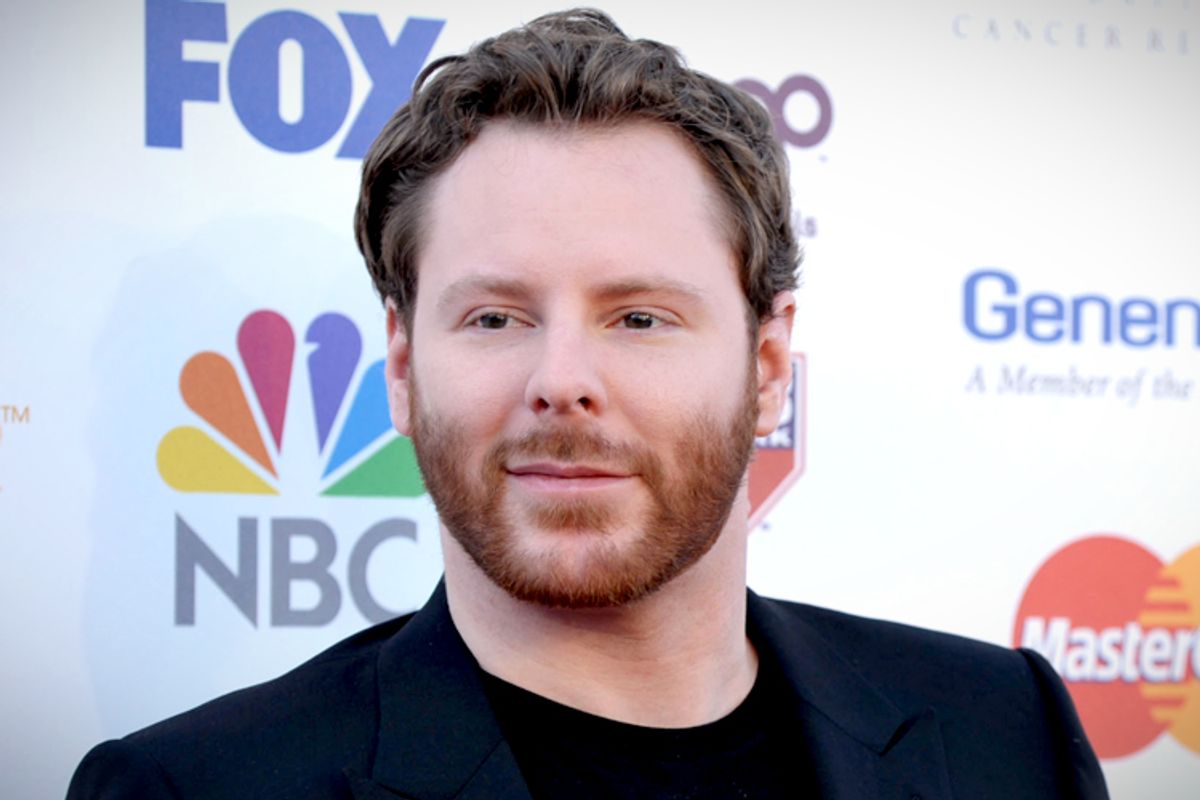 The line that tech journalism should never have crossed? Mocking Napster co-founder and Facebook investor Sean Parker's $4.5 million wedding in a redwood grove on the Monterey Peninsula.

If you've been following this story, you are probably familiar with Alexis Madrigal's initial rant condemning the wedding, based on a report by the California Coastal Commission, and the undeniable fact that Parker will shell out an additional $2.5 million from his own pocket to deal with permit violations and excise the ghost of any possible impropriety. You may also have found time to wade through Sean Parker's 10,000 word defense, in TechCrunch, of the sacredness of weddings, his own credentials as an environmentalist, and the pitiable state of Internet journalism.

There are some interesting issues of fact at play in this dispute: namely, just exactly how much damage did Parker's wedding do to the redwood grove? Reasonable people can differ reasonably on this topic.

But then here comes Bryan Goldberg, ranting off the hook this Monday morning in PandoDaily, in an "article" titled The "Real Journalists" Need to Wake Up. And suddenly this whole saga takes a sharp turn into the distressingly absurd.

Goldberg, a co-founder of the sports news site Bleacher Report, appears to have been nursing a serious grudge for quite a while about the fact that the author of an article critical of Bleacher Report never contacted him. Therefore, a pox on all tech journalists, who should be doing more important things with their time than being mean to rich techies!

In short, it’s time for the media elite, and their stable of “real journalists” to start covering real news and stop half-assing their way through some poorly-researched Sean Parker roasting.

Why talk about Kim Jung Un when we can hear Alexis Madrigal grill Sean Parker? Why concern ourselves with Mohamed Morsi’s fascism when George Packer and the New Yorker are exposing Dave Morin? Perhaps Mother Jones can report on real racism, as opposed to their article on Silicon Valley — the region of America that most overwhelmingly funded and voted for a black president.

This is funny. Never mind the hilarious attack on Mother Jones for not covering "real racism"-- Bryan Goldberg has obviously never actually picked up a copy of Mother Jones and looked at its table of contents. And never mind the fact that Packer's piece on Silicon Valley was one of the most thoroughly reported and penetrating critiques of Valley culture written in quite a while (even if it did, in my opinion, not give enough credit to the Valley's widespread liberalism). The most ridiculous part of this screed is the implied argument that tech journalists should be doing something "important" like covering Egypt or North Korea instead of covering technology.

'"If [Alexis Madrigal] wants to report on social issues, maybe he could write about his hometown Oakland, which is basically a giant metaphor for ‘regional wealth disparity’..... "

Bryan Goldberg is really mad. Sean Parker's contributions to Napster and Facebook are so revolutionarily important, and made him so much money, that he should be able to live his life unimpugned by the jealous rabble looking for someone -- anyone! -- to pull down into the mud.

Both Goldberg and Parker want journalists to be more responsible. Instead of "denouncing first and asking questions later," they want journalists to make an effort to call the people they're attacking. This is entirely laudable and I fully support it, even though the economics of the Internet unleashed by so much Silicon Valley innovation and disruption have made it very difficult to build workable business models on top of real investigative reporting.

But be careful what you wish for, Bryan and Sean! Because a legion of reporters who actually try to get the real story would seriously shake up Silicon Valley. Mother Jones (the social activist) is often credited with having declared that her "business" was to "afflict the comfortable and comfort the afflicted." But that is most certainly not the kind of journalism that Silicon Valley generally depends on for its lifeblood of publicity. Sure, there are a few ankle-biting muckrakers out there, but they are far outnumbered by "journalists" who do little more than serve as stenographers for tech industry P.R. firms -- and then get published in places like TechCrunch and PandoDaily. My own experience suggests that the dozens of pitches that arrive in my email from P.R. firms representing tech companies is that the last thing they want me to do is practice some "real journalism" -- like point out how there is no reason any sane person would ever want to use their app. And god forbid that I should try to get an executive (if I actually managed to get one who doesn't have the word "marketing" in his or her title on the line) actually answer a serious question. Maybe Sean Parker is an exception, but most Valley executives are not in the business of facilitating "real journalism."

What happens if every hack who makes a living repurposing tech companies' press releases suddenly wakes up and decide to do some "real journalism"? I'll tell you what: Life would get a lot more uncomfortable in Silicon Valley. Sean Parker might start reminiscing fondly about those days when all people cared about was his absurdly lavish wedding.

Which is not to say his wedding wasn't worth covering in the first place. Let's review. The headline of Alexis Madrigal's original piece was "New Government Documents Show the Sean Parker Wedding Is the Perfect Parable for Silicon Valley Excess." Even if Parker didn't scratch a single redwood or cause one iota of streambed erosion, that headline is still true. By his own account, Parker spent $4.5 million on his wedding. He created a limited liability corporation just to run the massive logistical undertaking required to turn his redwood grove into a magical wonderland.

In a country where incomes and wages are stagnating or falling for the vast majority of Americans, Parker is living like a railroad tycoon of yore. I propose that it is part of our fundamental DNA as Americans that we yield to the urge to mock and ridicule such conspicuous consumption!

Sean Parker's extravagant wedding was a slap in the face to anyone struggling to make ends meet in the United States. It was the perfect snapshot of 1 percent entitlement, as is the shock and anger that anyone would dare criticize it. If he wanted to protect the sacredness of his wedding, maybe he should have considered a lower budget.