Updated: The sign holder was not part of the anti-gay rights demonstration 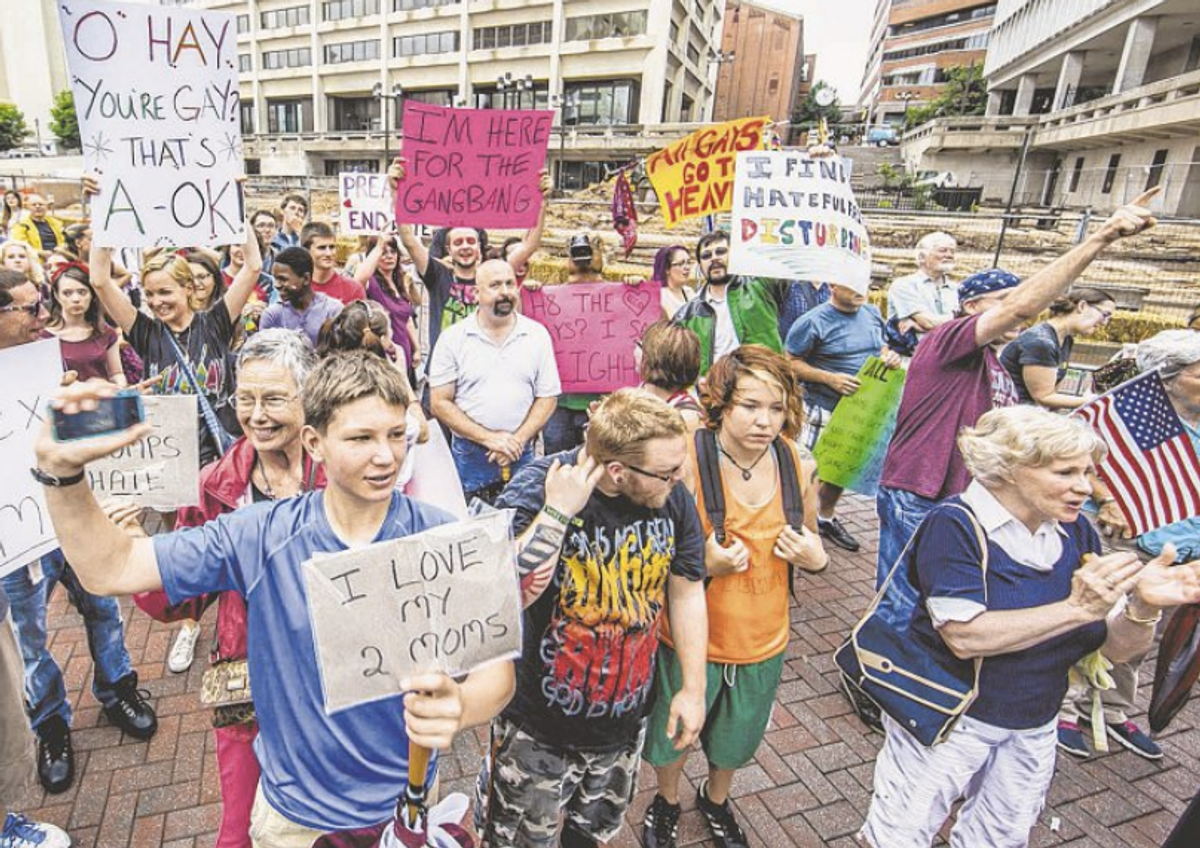 Steve Harmer, holder of the "I'm here for the gang bang" sign, contacted Salon to say that his racy poster board was intended to poke fun at the Westboro Baptist counter-protest stationed across the street and was not a homophobic slight.

A separate photo shows that Harmer is also wearing a T-shirt that says: "Str8 Against H8."

Gay pride revelers around the country had two major Supreme Court victories to add a little extra oomph to their weekend festivities, with many people coming out to local events with signs celebrating the death of the Defense of Marriage Act and the reversal of California's Proposition 8.

Delaware's News Journal captured one such moment, when, on Monday, state Sen. Karen Peterson and Vikki Bandy became the first same-sex couple to be married in Delaware.

Except the photo features one apparent interloper.

Among a group of people holding poster boards donned with messages like "I love my 2 moms," stands a smiling man holding a pink sign declaring "I'm here for the gang bang."