David Petraeus can’t lose (unless he goes to jail)! 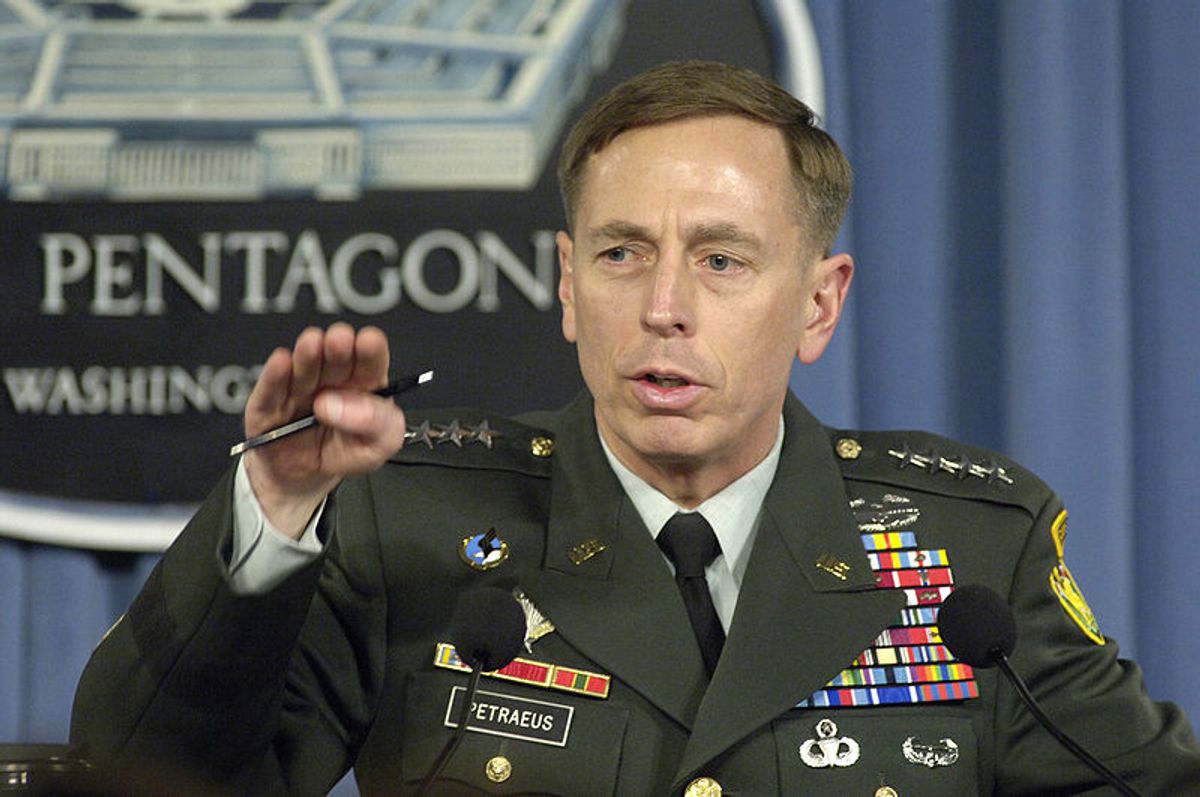 David Petraeus, the supposedly brilliant former commander of United States Armed Forces in Iraq and Afghanistan, landed on his feet after resigning as head of the CIA following a ridiculous sex scandal: The City University of New York is paying him $150,000 to lead some seminars and maybe do a couple of lectures. (He was originally offered $200,000, "supplemented by funds [as yet to be secured] from a private gift." No explanation was given for the pay cut.)

CUNY's history dates back to the 19th century Free Academy, a school whose mission was to "educate the whole people." Baccalaureate degrees were offered without any cost for most of the university's history, until quite recently. Now, at CUNY as at most American universities, tuition is rising, yearly and inexorably. (Gov. Andrew Cuomo signed a bill in 2010 giving the university the authority to raise tuition without New York State Legislative approval.)

It's not just the students feeling the squeeze. Adjuncts at CUNY -- the ones who do the majority of the teaching -- make $3,000 a course. The common right-wing/centrist/libertarian explanation for why tuition has skyrocketed at American colleges over the last few decades is (say it with me) Too Much Government. It's the government subsidizing student loans that is making colleges charge small fortunes to attend them. It is true that governments, state and federal, used to spend more on directly subsidizing the schools rather than overseeing the loans to students. But as Jeffrey J. Williams pointed out in the L.A. Review of Books, universities since 1970 have been spending much of that tuition money on paying a bunch of administrators: "the proportion of administrative professionals in American colleges and universities has grown from roughly half that of faculty 40 years ago to a majority now." Meanwhile, three-quarters of university professors now hold part-time or nontenure positions. In academia, as in much of the rest of contemporary American life, the spoils are accumulating at the top and everyone else is left to muddle along without much in the way of security or chance at advancement.

That's the context in which a modest, still inexpensive public university like CUNY thinks nothing of just paying a great man like David Petraeus a salary three times the American median family income simply for being himself.

Once you have been accepted into the elite, it is considered perfectly normal for various elite institutions to just give you vast sums of money for doing almost nothing, for the rest of your life. And the idea that outsiders might find these arrangements shocking, corrupt or simply sleazy is totally baffling to the people in charge of elite institutions. They don't get it, at all. Of course David Petraeus deserves $150,000 for a few hours' work. $150,000 is practically nothing and anyway he'll grant the school so much prestige! You want to him go begging in a hair shirt for the rest of his life or something?

Why shouldn't former New York Times editor Bill Keller now find himself with an opinion column, despite having no opinions? Why wouldn't Robert Rubin have some made-up position at a "boutique investment bank"? Of course Petraeus himself also has a job with a massive private-equity firm for some reason in addition to a second lucrative "teaching" gig at USC. With his experience as an Army general who ran the CIA for a few minutes, it only makes sense that he'd be so much in demand at universities and private-equity firms, because he has shown himself to be very adept at doing the things that those organizations do, I guess. Petraeus definitely showed some fine management skills when he oversaw a network of secret torture centers run by the Iraqi security forces he was in charge of organizing. And Dan Quayle also apparently has some sort of private equity job so how fucking hard can it be.

Short of going to jail -- or perhaps losing a lot of money, like Jon Corzine -- a Great Man in corporate/government/finance America cannot possibly lose. There will always be consulting gigs, advisory positions and hefty speaking fees, handed to them in much the same way that the most successful Hollywood celebrities for some reason never actually pay for clothes. That would maybe be a good subject for one of Petraeus' seminars -- "Why I Am Getting Paid a Small Fortune to Do This" -- in case any of his small army of research and teaching assistants are reading.