On fake reality show "Siberia," the biggest villain might be the camera 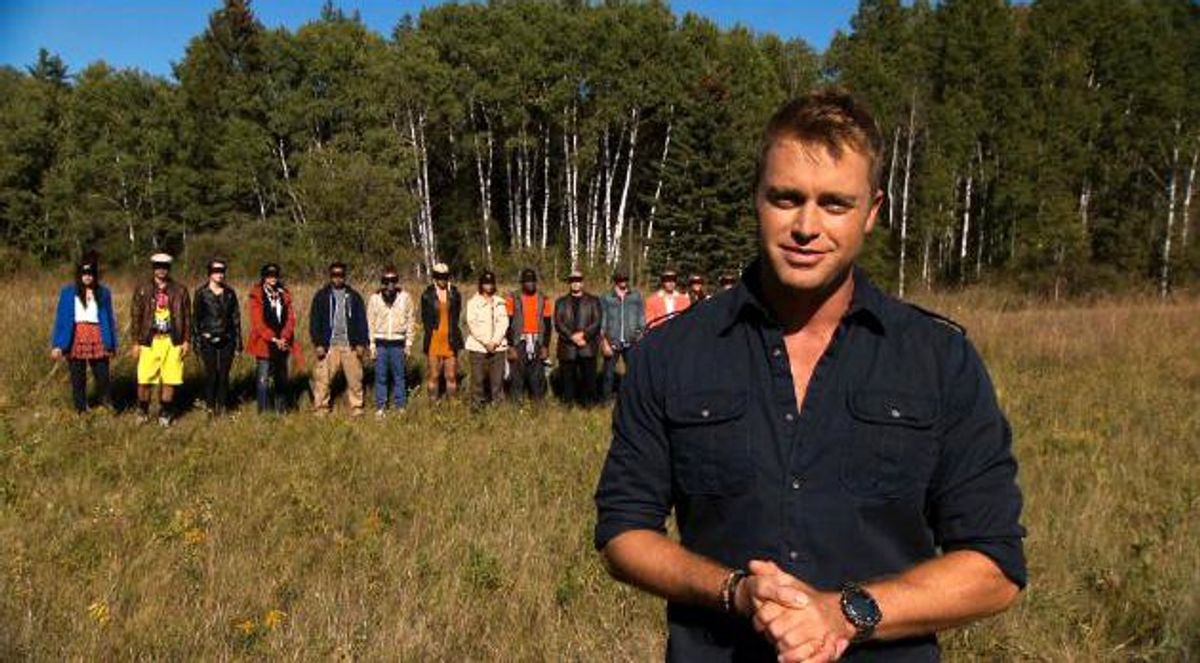 “Siberia,” which premiered last night on NBC, looks and sounds like a reality TV show, but is not a reality TV show. Rather, it’s a fiction, a scripted series about a reality TV show that gets a little too real, having deposited 16 contestants in a dangerous, supernatural wilderness. In the first episode, the participants are flown by helicopter to remote Siberia. A hale Australian host— who looks, perfectly, like a mashup of Chris Harrison and Ryan Seacrest— informs them that they will win part of $500,000 — if they can make it through a Siberian winter. As if making it through a Siberian winter with just the clothes on their backs was not difficult enough, they will be living in an exact replica of the village of Tunguska, which was mysteriously abandoned in 1908: Spooooky. It’s like “The Blair Witch Project,” but instead of being made of “found footage,” it's made of footage taped by a reality TV crew and edited by professionals, good news for people with motion-sickness. Judging from the first episode, the herky-jerky hand-held only comes out when someone is about to die.

“Siberia” is effective enough as a scary summer diversion, but it’s thrillingly Escher-esque if you start to track its internal logic. Networks fell in love with reality TV because it was relatively cheap to make, with its crap video look, no actors and small crews. “Siberia” is a show with actors and writers, but the same dodgy video and dialogue quality. When the host described the show as a “real life social experiment” that would give the contestants a chance to “start a new civilization” I wanted to high-five “Siberia’s” writing staff for so completely nailing the pompous, anodyne tone of reality shows. If “Siberia” were a reality series, I would never commend it for being so clichéd, but as fiction its unerring mimicry impressed me — maybe I’m a sucker, but flawless imitation strikes me as much more difficult than mindless being. Can this simulacra of the simulacra that is reality TV really be … less simulacra-ish? My heart says yes.

As on reality TV shows, the 16 characters on “Siberia” have broad-sounding jobs — bartender, model, grad student, computer technician — and hew to basic personality archetypes: the helpless nerd, the altruist, the super bitch, and the alpha male who refuses to help anyone, because, of course, he’s not there to make friends. (“Siberia” doesn’t let him utter this phrase, which is a shame.) If the show fails the sniff test, it’s by layering in callbacks and coincidences that don’t happen on reality TV shows — one of the guys thinks he recognizes one of the women from somewhere else — and in making the contestants a little too dim. (The women, also, are uniformly very young and attractive, a bias of fictional television much more so than reality adventure programs.) People are picked for reality shows because of their very strong personalities and verbal alacrity. They would be weirder and funnier and better problem solvers than they are here. When the super bitch, Esther, insists she is not sleeping on the floor — “Did you all hear me? I am not sleeping on the floor” —  the other women don’t suggest rotating beds or drawing straws, which they would have. But at least Esther goes and shares a bed with the Montenegrin DJ Miljan, a consummate and creepy flirt who seems like he stepped right out of “Big Brother.”

As the first episode unfolds, it becomes clear the show is going to dramatically depart from a standard reality TV series: There’s something in the forest, a contestant dies. In the scenes from the next episode, we see that the panic button that allows a contestant to leave doesn’t work, that the producers go missing, that more people die, and on and on. I’m all for a few scares, but I hope "Siberia" doesn't become a pure horror show because that would compromise what is so potentially original about it: We have plenty of movies and TV shows about the scary and unpredictable things living in the dark and what fear of them will make people do. We have very little that makes explicit what the fear, pressure and promise of being on camera in the dark will make people do.

At the end of the pilot, after a death, the host tells the contestants that the producers have decided it’s “up to them” if they want to stay or leave — another perfectly imitated reality TV moment, exploitation masquerading as respect. As they would on a reality TV show, I suspect some of the contestants will stay because they want to make the dead guy’s life “mean something" and others because they still believe “in playing the game.” But underlying whatever their stated motivation will be the fact that they are tied to the camera, wanting to stay on it, embarrassed to slink away from it. That’s the real monster.