Will Fox News change with America?

After I left the network in 2011, I wondered how it would adapt to a new country. The answer is it won't 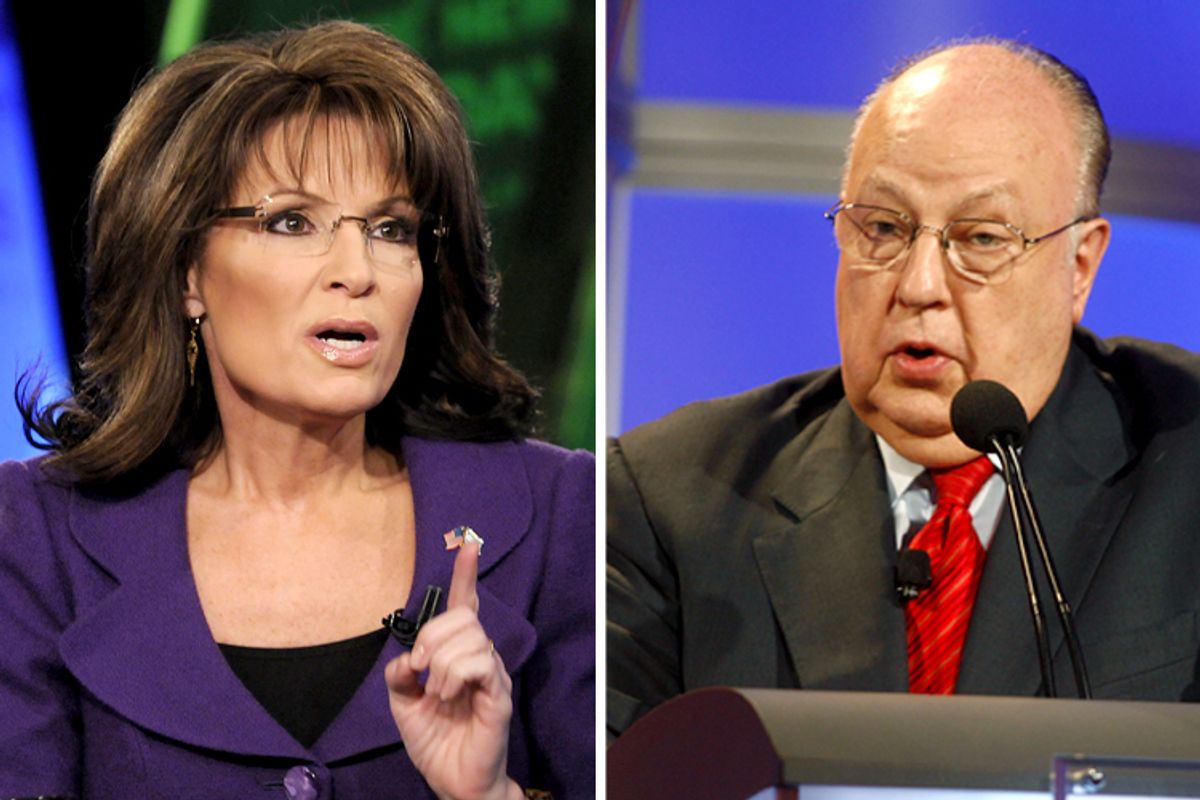 As many Americans know, the Supreme Court made history on Wednesday, by affirming marriage equality and clearing the way for gay couples to marry in California. But if you were watching Fox News at the time, this momentous occasion might have eluded you.

As someone who worked at Fox News for two and half years, I can tell you this coverage decision wasn’t surprising -- it fits right into the network's strategy.

I was employed by Fox for two and half years, beginning in 2008 and ending in 2011. Unlike other former Fox producers who’ve caused a stir, I’m not here to dish juicy tidbits about secret meetings or specific anchors. I have no gripes to share about the No. 1 rated cable news channel. But my time there -- beginning on the cusp of the Obama age in 2008 as a guest booker for Foxnews.com’s “Strategy Room,” and ending in 2011 working on “Freedom Watch” with Judge Andrew Napolitano -- did give me valuable insight into the network.

As I watched Wednesday’s coverage of the DOMA ruling, I viewed it from a larger angle, focusing on the overall direction the network has taken in an Obama second term. The first term, of course, featured an opinion lineup whose mission was to make him a one-term president -- and famously fell apart quickly on Election Day. Witnessing the epic on-air breakdown by Karl Rove, followed by a hectic race down the hallway by Megyn Kelly to ask pollsters if the Ohio victory call was accurate, I was curious to see where this Fox train would go next. Which direction would Roger Ailes, the dual genius of TV production and political strategy, take, with a country seemingly shifting more left of center?

The choice before Ailes was simple: Move Fox back to a more moderate center, or continue to be the reflexive critic of Obama, serving his audience the red meat conservative opinion it relies on, with hopes of a repeat of the 2010 Republican midterm shellacking in 2014.

In making this decision, the considerations were obvious: What would both rate well and help the GOP at the ballot?

To figure out which direction Ailes took, consider the stories Fox has covered at length following Obama’s reelection: the already months-old Benghazi attack, Obama trying to tighten gun laws, the IRS targeting conservatives, and wall-to-wall Associated Press hacking outrage. The first six months of Obama’s second term may not be a time of conservative achievement, but it sure has been entertaining for Fox loyalists.

The network's decision to remain steadfast to the right -- even with a convincing Obama victory marked by a big majority of Latinos and young Americans clobbering the GOP’s electoral hopes -- might seem like a miscalculation. But like anything Ailes does, it has been well thought out and planned.

For the president’s first term, Ailes had a concrete theme to captivate his audience: a president in over his head, delivering socialist policies that were wrecking the country and needed to be stopped. Then, in 2013, with Obama reelected and Fox's audience dejected, the new objective was less clear. January 2013’s prime-time ratings were down to a 12-year low in the important 25-54 demo. Ailes had to think of a way to keep his network strong.

At Fox, the core audience is adoringly referred to as the “heartland” and Ailes knows he can't ever veer too far away from it. But he also is faced with having to pick a side in the Republican civil war between the so-called moderates and the right-wing zealots. The solution: pick and choose your spots. On one hand, have your network continue catering to the fringe -- and on the other, moderate where possible, with stars like Bill O’Reilly endorsing the Senate immigration bill and Sean Hannity all but conceding “just let them all in and move on.”

So, Fox continued to cover the Benghazi tragedy until other networks followed suit. The Newtown tragedy occurred later, and Fox covered the incident with the proper level of seriousness it merited. Then, with time passing and emotions less raw, Ailes had a new story to reignite the base, prepping it for the inevitable door knock from Obama coming for their guns.

The weeks flew by, and an "IRS targeting conservatives" story broke, setting up a new narrative: Obama scandal. When news of the Department of Justice hacking into the Associated Press’ phones broke, Fox had a full-blown circus of scandal ready to reignite a dejected base.

That helped get him through the first few months of Obama's second term. But Ailes is always focused on the long game, or in this case: 2016. Scandal works now, but he needs to start thinking about the next election, and how to help make the conservatives contenders again.

Why the quickie makeup with Palin, bringing her back to Fox just six months after she left? My guess is Ailes was trying to re-create the magic of 2010-2012, when he had five potential presidential candidates on the payroll, spiking his ratings by making his stars part of the story. He knows the buildup for the 2016 presidential election will start earlier than in any previous election cycle, with viewers glued to Fox the moment the midterms end. Can he and Palin once again build excitement at the possibility of her running? Might some more potential 2016 hopefuls start popping up on Fox, like future ex-Rep. Michele Bachmann, future former Virginia Gov. Bob McDonnell, or former Indiana Gov. Mitch Daniels? A master at producing good television, Ailes has already planted the seeds for the new narrative that will carry Fox forward: a fight to end the eight-year Democratic presidential run, with the icing of possibly defeating a Clinton for the first time.

So, even though the country is changing, becoming more socially liberal and supportive of economic justice, Fox News looks like it will stick to the same playbook that has kept it No. 1 for 11 years. Watching now from the outside, I can see the magic at work once again.