"Big Brother" apology for racism is too little, too late

CBS says it doesn't "condone" hate on "Big Brother" -- then why doesn't the network stop it? 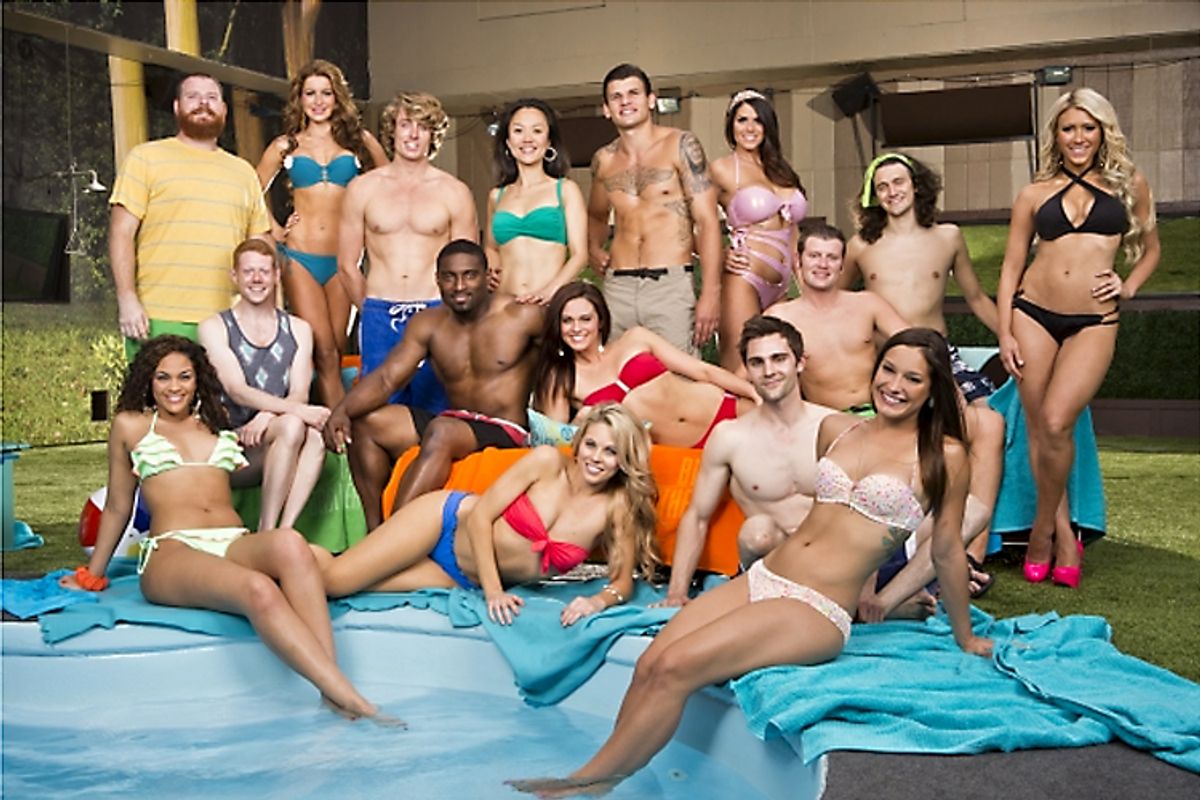 Officially, CBS is taking the stance that it doesn't approve of racism. But it sure does seem to be good for getting attention.

Last week, reality TV bloggers began taking note of the amazing torrent of racist, homophobic and misogynistic crapola coming out of the mouths of the current crop of houseguests during the live feed of "Big Brother" -- most of which has gone utterly unchallenged. On Monday, Reality Blurred's Andy Dehnart put together a neat compilation of some of the highlights, and they're tremendous. Houseguests Spencer and Amanda call Andy "Kermit the Fag" and "Faggoty Ann." Spencer also calls women "cunts" and praises the Nazi medical experiments and Hitler's oratory skills. Jeremy declares, "I did touch her vagina today; it didn't look like she was too happy about it. I like to feel around and see what I have to work with, see if she's working a nice meat wallet." GinaMarie uses the N-word, and says that Asian contestant Helen should "Shut up; go make some rice" and that blacks are "like tokens." David says the sheets smell bad because of "black Candice." There's more, but if I add even one more quote from these turds I'm going to need to go on a drunken despair-for-humanity bender.

In light of the revelations, former contestant Ragan Fox penned an open letter to the show's producers over the weekend, asking, "What’s the point of casting racial, ethnic, and sexual minorities if production’s going to edit out the racism, ethnic discrimination, and homophobia that these people encounter inside the house? Moreover, why do historically marginalized players have the exclusive burden of narrating past acts of racial, ethnic, and sexual brutalization when we see this sort of discrimination enacted INSIDE THE HOUSE? If you really want to provide a groundbreaking twist, SHOW CBS VIEWERS HOW SOME STRAIGHT, WHITE PEOPLE talk about gays, Asian Americans, and African Americans."

The enthusiastic hatefulness of the contestants does pose a unique challenge for the network – air their comments and risk giving a platform to their loathsome views, or don't air them, and risk looking sanitized and hypocritical. Three years ago, the show's executive producer Allison Grodner declared that "Big Brother" is "the least manipulated reality show out there," but added, "We really don’t want to put hateful things out there in our edits." So what it's come up with instead is the most arrogantly cowardly option – issuing a statement Tuesday that "At times, the houseguests reveal prejudices and other beliefs that we do not condone. We certainly find the statements made by several of the houseguests on the live Internet feed to be offensive. Any views or opinions expressed in personal commentary by a houseguest appearing on Big Brother, either on any live feed from the House or during the broadcast, are those of the individual(s) speaking and do not represent the views or opinions of CBS or the producers of the program." The statement has echoes of Paula Deen's recent assertion that she does not "condone any form of racism or discrimination." Oh, thanks for clearing that up! I guess if you say you don't "condone" overt statements of prejudice you're off the hook, accountability-wise.

Like the Paula Deen mess and the alarmingly vitriolic reactions to Trayvon Martin trial witness Rachel Jeantel, what's going on in the "Big Brother" house right now reveals our parallel national narratives. There's what's said in polite company and there's what's quite casually and unquestioningly uttered elsewhere. And it's the barely concealed, simmering hatred and suspicion that infects our relations with each other, that poisons our politics and our policies and our school halls and our neighborhoods. What's being spoken in that dollhouse full of idiots is a reminder of how pervasive ignorance really is. (But should you need further evidence, I offer: Twitter. YouTube commenters. Commenters in general.) But that doesn't mean it should be tolerated.

If CBS had any guts to speak of, it'd be seriously rethinking its bloated exercise in voyeurism right this minute. It'd be rethinking trolling for idiots as a viable casting option. It'd remember that people are dying in our country of bigotry, and it'd start kicking out contestants who perpetuate it, instead of rewarding them with attention. It'd stop selling hate as entertainment, three nights a week.