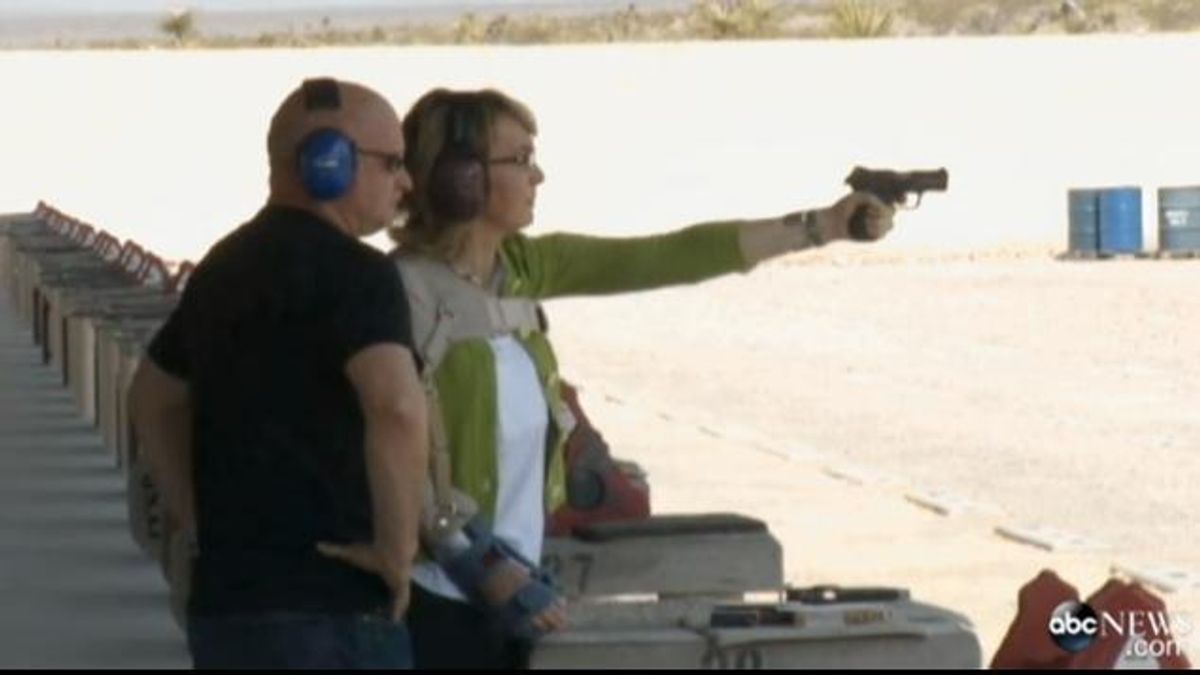 Former Rep. Gabrielle Giffords, D-Ariz., fired a handgun at a shooting range as part of her "Rights and Responsibilities Tour" on Monday. In an Op-Ed in USA Today, she wrote that she still values the Second Amendment despite her own experience: "Some might consider me an unlikely advocate for gun rights because I sustained terrible injuries in a violent shooting. But I'm a patriot, and I believe the right to bear arms is a definitive part of our American heritage."

Giffords' stance isn't unique in her party; there are plenty of Dems celebrating the right to bear arms. For example, in June, after his work on gun control legislation, Sen. Joe Manchin, D-W.V., released an ad countering an NRA attack, saying, "I’m a lifetime NRA member but I don’t walk in lock step with the NRA’s Washington leadership, this administration or any special interest group":

Senate Majority Leader Harry Reid, an advocate for gun control, still enjoys guns for their "recreational aspects."  Speaking at the opening of Clark County Shooting Park in 2010, he said of hunting game: "That's what this is all about. People who criticize this would probably criticize football, or baseball, or soccer."

Montana Sen. Jon Tester even brandishes a rifle on his website, noting that "As a third-generation Montanan and Chairman of the Congressional Sportsmen’s Caucus, Jon understands firearms are a part of Montana’s heritage. Jon has an A-rating from the NRA and he’s the National Shooting Sports Foundation’s 'Legislator of the Year'": Then there's President Obama, who appeased conservatives when the White House released this picture of the president skeet shooting: And of course, Joe "Diamond" Biden and Obama are always up for a water gun fight: