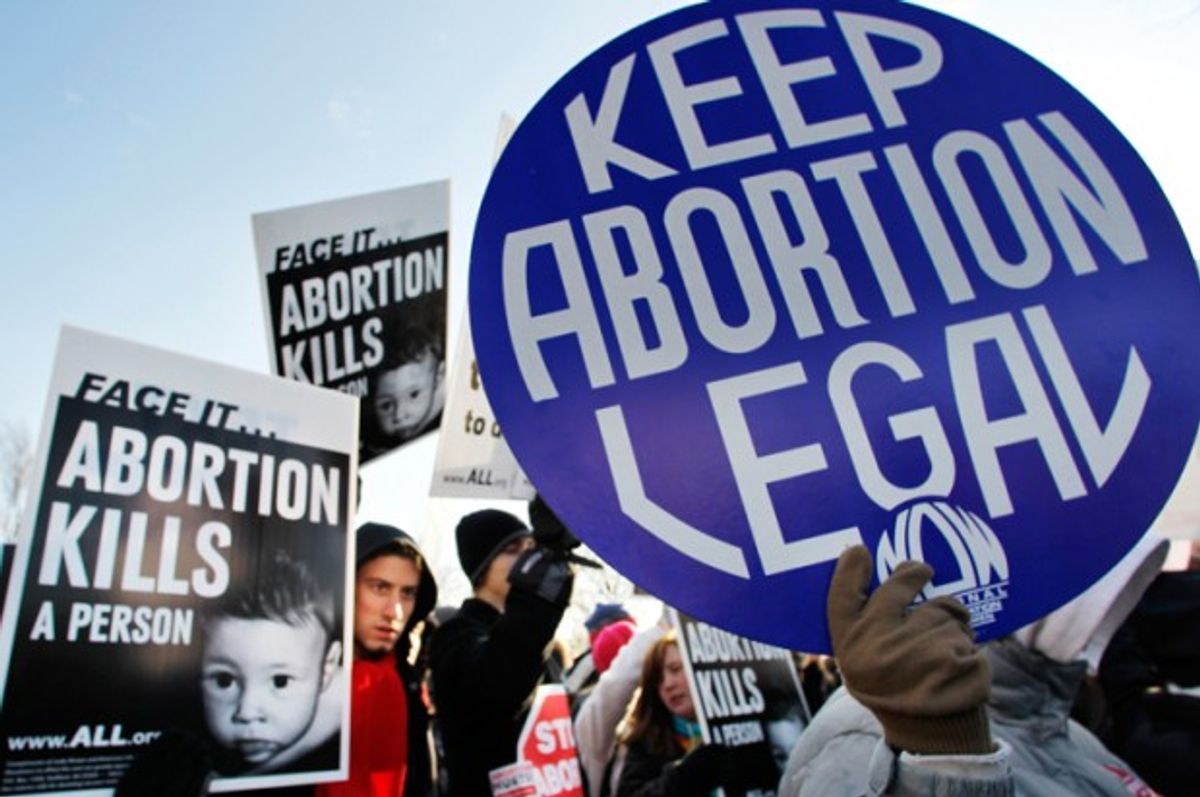 State lawmakers in North Carolina voted on Tuesday to add a series of sweeping antiabortion regulations to a measure to ban the "application of foreign law" in family courts, an "anti-Sharia Law" bill that opponents had previously denounced as an alarmist and thinly veiled attempt at stoking anti-Muslim sentiment in the state.

The antiabortion additions to the measure were announced unexpectedly during an evening committee meeting, according to a report from WRAL News.

The timing of the announcement was not lost on reproductive rights advocates: "They're doing it quietly on Fourth of July weekend because they've seen what's going on in Texas and know that women will turn out," Melissa Reed, vice president of public policy for Planned Parenthood Health Systems, told WRAL.

The provisions will likely sound familiar at this point, largely mirroring restrictions currently under consideration in Texas and elsewhere that would force abortion clinics to meet the standards of surgical centers; mandate a physician, rather than a trained technician under the remote supervision of a doctor, be present during chemical abortions; require clinics to have transfer agreements with local hospitals; restrict healt care coverage of abortion; as well as introducing a broad "conscience protection" to allow any healthcare provider to opt out of providing abortion-related services. (You can see the provisions in full here.)

Senate Democrats objected to how Republicans advanced the measure, as state Sen. Josh Stein, D-Wake, told WRAL: "This bill and this process is not worthy of this chamber."

The Senate will issue its final vote on the bill on Wednesday.