How to debate your crazy uncle at the July 4 BBQ

It's an awful holiday tradition: Political debates with ignorant relatives. Here's a guide for answering the crazy 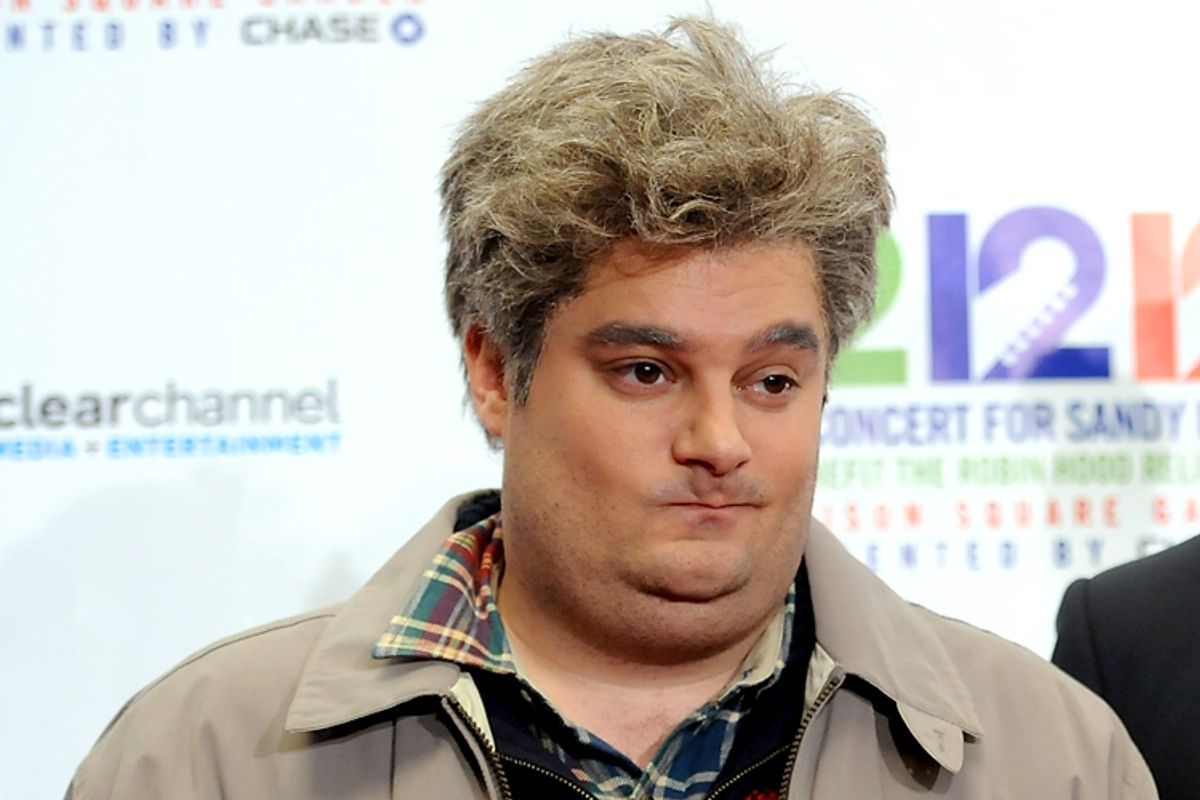 With the July 4 holiday upon us, you may find yourself gathering with family this long weekend. That might mean a barbecue and fireworks, but it may also mean something else: political conversations with your crazy relatives.

Here, then, is a citizen's guide to debunking a half-dozen absurdities and myths you may find thrown at you, with an emphasis on the economy (particularly, the inequality debate).

In 2005, the typical household defined as poor by the government had a car and air conditioning. For entertainment, the household had two color televisions, cable or satellite TV, a DVD player, and a VCR. If there were children, especially boys, in the home, the family had a game system, such as an Xbox or a PlayStation.

HOW TO RESPOND: The idea here is that a rising tide lifts all boats, but as Warren Buffet has noted, in reality, a rising tide lifts all yachts. Even Adam Smith, the hero of classical economists, knows this is bunk: “A linen shirt, for example, is, strictly speaking, not a necessary of life ... But in the present times, through the greater part of Europe, a creditable day-labourer would be ashamed to appear in public without a linen shirt, the want of which would be supposed to denote that disgraceful degree of poverty.” The real question is not whether the poor can afford silly amenities, like a DVD player or an XBox, it’s whether they can afford essentials: food, clothing, comfort, shelter, etc. For poor Americans, the prices of these goods have increased dramatically, while the price of consumer goods has decreased dramatically. By singling out only consumer goods that have gotten cheaper, Rector disguises the real costs of inequality: worse health outcomes, worse educational outcomes and decreased social cohesion.

For the first time in human history, the rich work longer hours than the proletariat.

Today's super-wealthy no longer go off on four-month grand tours of Europe, play gin-soaked Gatsbyesque croquet tournaments or spend hours doing needlepoint while thinking in full paragraphs like the heroines of Jane Austen novels. Instead, their lives are marked by sleep deprivation and conference calls, and their idea of leisure is jetting off to Aspen to hear Zbigniew Brzezinski lead panels titled ''Beyond Unipolarity.'' Meanwhile, down the income ladder, the percentage of middle-age men who have dropped out of the labor force has doubled over the past 40 years, to over 12 percent.

HOW TO RESPOND: Really? Jamie Dimon works harder than a single mom with two jobs trying to make ends meet? Gar Alperovitz argues that, in reality, the wealthy live off luck, not skill. As Bruce Bartlett, a former conservative, notes, “Only 61.8 percent of national income went to compensation of employees in 2012, compared with 65.1 percent in 2001.” Middle- and lower-class blue-collar workers are actually creating more, but getting less. While productivity has steadily increased by a total of 85 percent between 1979 and 2012, the inflation adjusted wage of the median worker rose by a paltry 6 percent and the value of the federal minimum wage fell by 21 percent. Richard Branson has said, “Yes, entrepreneurs may work hard, but I don’t think they actually work any harder than, say, doctors, nurses or other people in society ...” The idea the right promotes is that poor people are lazy, rather than smart, hardworking people who never get a fair shake. Worse, they say that they are “dependent” on government, when it’s really the rich and their cronies who rely on public financing. The middle class that decries poor “welfare queens” is more and more reliant on government largess. Gore Vidal observed that the American free market system is “capitalism for the poor and socialism for the rich.”

3) CLAIM: "America is the Land of Opportunity; poor people just won’t take them!"

Most people start out at the bottom, in entry-level jobs, and their incomes rise over time as they acquire more skills and experience ... Ironically, those who make the most noise about income disparities or poverty contribute greatly to policies that promote both. The welfare state enables millions of people to meet their needs with little or no income-earning work on their part.

HOW TO RESPOND: This argument is the most depressing, because it’s often paired with a call to privatize education, and blame teachers unions. But it, too, is false. America doesn’t have as much upward mobility as the Nordic countries, its upward neighbor and most of Europe. Children who are born rich now get better test scores, are more likely to attend college and make more money than poorer children, even those with the same cognitive ability! The second part of Sowell’s statement is problematic for reasons already discussed: Post-Clinton’s welfare reform, most people on welfare are those who are working, but simply aren’t paid enough.

4) CLAIM: "If you tax wealthy people too much, they’ll stop working!"

If you tax achievement, some of the achievers are going to pack it in. Again, let's take me. My corporations employ scores of people. They depend on me to do what I do so they can make a nice salary. If Barack Obama begins taxing me more than 50 percent, which is very possible, I don't know how much longer I'm going to do this. I like my job, but there comes a point when taxation becomes oppressive. Is the country really entitled to half a person's income?

HOW TO RESPOND: Where do you start? We could start with the fact that in the early 1950s the top tax bracket paid 91 percent of their marginal income in taxes. In the 1970s, they paid around 70 percent, and today, they pay 35 percent. Now, the top bracket pays so little in taxes that many pay less than middle-class taxpayers. Next, research shows that this claim is false. A study by Thomas Piketty, Emmanuel Saez and Stefanie Stantcheva find that “the top tax rate could be as high as 83 percent -- as opposed to 57 percent in the pure supply-side model — without harming economic growth.” The authors argue that even using the assumptions of conservatives, we could have a 57 percent top tax rate (13 percent higher than currently) without decreasing economic activity. Further, they find that better assumptions would allow for a more than doubling of our tax rates without any negative impact on growth.  The reality is that tax breaks for the rich don’t make rich people work more and create jobs, but rather the opposite is true. Tax breaks for poor and middle-class people stimulate demand, thereby creating more jobs. Even if conservatives are right, and people like Bill O’Reilly will quit their jobs, that seems like an advantage, not a disadvantage.

Imagine a society with perfect economic equality ... Then, one day, this egalitarian utopia is disturbed by an entrepreneur with an idea for a new product. Think of the entrepreneur as Steve Jobs as he develops the iPod, J.K. Rowling as she writes her Harry Potter books, or Steven Spielberg as he directs his blockbuster movies. When the entrepreneur’s product is introduced, everyone in society wants to buy it. They each part with, say, $100. The transaction is a voluntary exchange, so it must make both the buyer and the seller better off. But because there are many buyers and only one seller, the distribution of economic well-being is now vastly unequal. The new product makes the entrepreneur much richer than everyone else.

HOW TO RESPOND: Mankiw’s argument relies upon what Mark Lemley calls the “Hero Inventor” mythos, the idea that one man or woman upends the current consensus, driving innovation forward. But that’s not how innovation happens. Innovation, according to Mark Lemley, occurs by “incremental improvements generally made by a number of different inventors at roughly the same time.” Mankiw, in many ways, undermines his own argument; after all, Spielberg started making movies under the radically higher tax rates of the 1970s. Take CEOs like Steve Jobs as an example; CEO pay has risen dramatically and yet most CEOs add little value to companies. Recent research shows that the higher a CEO is paid, the worse a stock performs. Further, if pay really correlated to how important an individual’s contribution to society is, why does Justin Bieber make more than Norman Borlaug, who saved 1 billion lives? And what of Rowling? Alan Krueger argues that for musicians and artists, luck influences earnings far more than skill. But this myth leads to its corollary.

6) CLAIM: "Inequality is an inevitable consequence of the information economy!"

The vast expansion of labor engaged in world commerce has raised the return on capital and reduced the relative return on labor. The share of income flowing to capital—both traditional and human capital such as education and training—has risen.

In relative terms, the return to unskilled labor has fallen. Short of a crippling reversal in world trade, which would reduce the value of both labor and capital, this effect will dominate world markets for the foreseeable future. Since high-income Americans own more capital and have higher levels of education and training, their incomes have grown faster than everyone else's.

HOW TO RESPOND: And yet, inequality has not increased in most other developed countries. In fact, income inequality is correlated very highly with lower unionization rates. The OECD finds that the U.S. not only begins with a less equal distribution of wealth, it also redistributes less income downward. Inequality increased dramatically in the United States because of tax cuts, union busting and unequal education outcomes that leave the poor and middle class worse off. Policies in other countries like maternal leave, free college, universal healthcare, high minimum wages and guaranteed vacations could all lower inequality in the United States. Inequality is not inevitable, but rather the result of a political system bought and paid for by wealthy corporations.

There’s no excuse for America to continue on the road of inequality. Plenty of other countries have managed to grow quickly without drastic inequality. Inequality is bad for democracy, health, safety, social cohesion and social mobility. Let’s not let anyone sugarcoat it.