The N-word on the 4th of July

The flight home to see my family for the holiday was a tearful, shameful affair. I had to say something. But what? 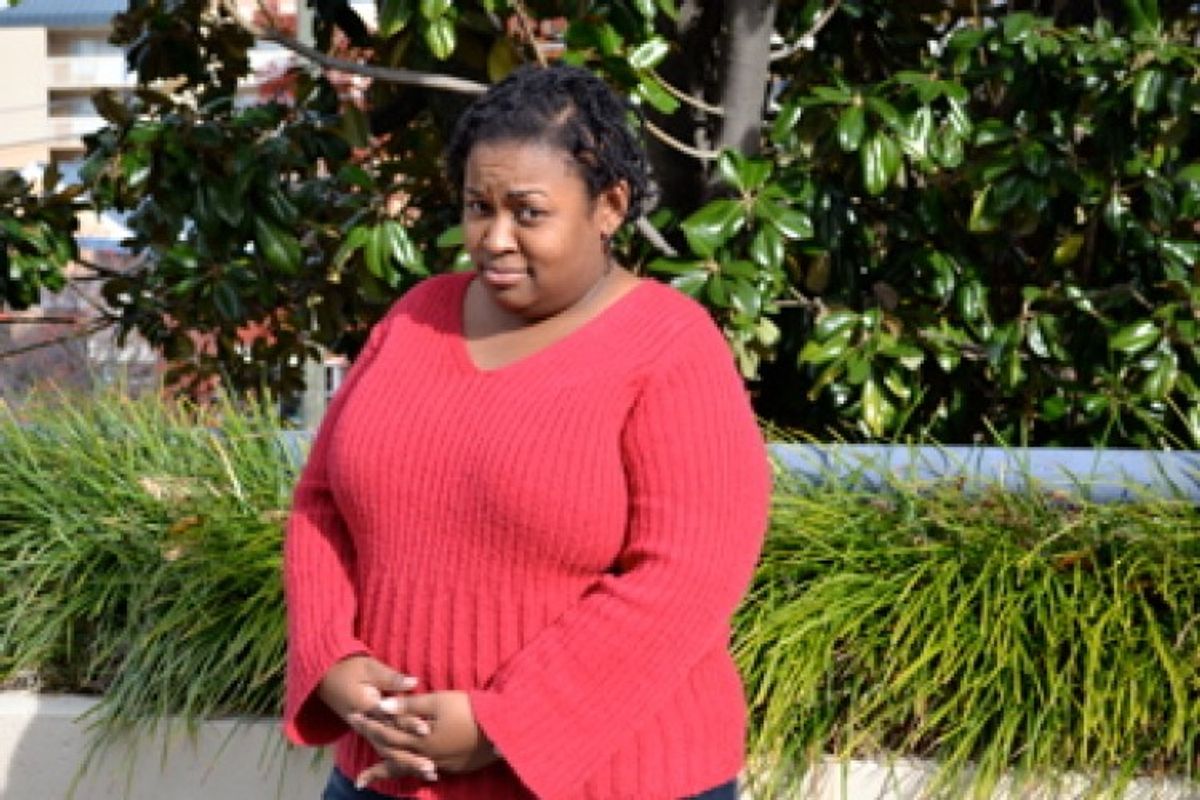 I hopped on a plane Wednesday morning so I could attempt a mad dash from Jersey to Louisiana to be with my family for the Fourth of July. I am well aware of the myriad contradictions of a radical black feminist chick being gung-ho about this holiday. Less invested in America’s ever-unfulfilled narrative of liberty and justice for all, the Fourth is a time that my family comes together to enjoy each other’s presence, to grill out in the heat of a Louisiana summer, and -- through our practice of unapologetic, unadulterated joy and celebration -- offer a small but meaningful counter-narrative about how we got over.

But the complicated nature of such reverse migrations usually shows up right around the time that the TSA officer decides that she must run her fingers through my Afro-Puff, in search of as yet unnamed “weapons.” Surprisingly that didn’t happen this time, and I let out a sigh of relief that the journey through security was uneventful.

Standing just ahead of me to board was a handsome, traditional nuclear family. The mom was tall and striking and she had two beautiful boys roughly around the ages of 10 and 7. For some reason, they became the intent subjects of my usual people-watching, as I boarded the flight. The mother was gently nagging the older boy about doing his summer reading and making sure his exercises were accessible on the flight.

As we boarded, I noticed that this mom and I would be sitting in the same row, I in the window seat, she in the center. As we sat awaiting takeoff, I finished a text conversation and signaled to the flight attendant for a seat-belt extender, a fat passenger’s best friend. Then just as the call came to shut our phones off, I glanced over at her, and she was still texting, rapidly. I caught a few words of the end of her text that made me look more intently: “on the plane, sitting thigh to thigh with a big fat nigger. Lucky me.”

My breath caught in my chest.

And then there was pain. Humiliation. Embarrassment. Anger.

I still remember the very first time I was called the N-word. It was 1988 or so, and I was in third grade. My classmate, a poor white girl named Vicki, chose to punctuate the end of a childhood spat by yelling, “You DIRTY NIGGER!” Seven- or 8-year-old me was bewildered. And silent. I had never heard that word used that way before. I didn’t know what it meant. Yet I felt its force and its vitriolic intent viscerally.

Later that evening, I inched close to my mom in the kitchen as she was putting dinner on, and asked, “What does the word 'nigger' mean?” Before she answered with words, I simply registered pain on her face. In hindsight, I understand that pain to be the pain of a parent confronting the inevitable reach of other people’s issues from which you cannot protect your child. It was also the pain of a black parent confronting the inevitability of a child’s first encounter with racism. After asking why I wanted to know, she told me simply, “It means an ignorant person.”

When I got called it today, some part of me felt like that little girl again. I felt the slur just as viscerally, the foreboding sense that something was wrong not with anything I had said or done, but simply with me. Immediately I was hyper-aware --  looking around, feeling marked, wondering if others find my large, dark-skinned body as distasteful as my seatmate did.

I know I am fat. And I am most self-conscious of being so on planes, as I worry about taking up too much space. In my head, I always think people will dread to see me coming because Americans are great believers in personal space. I am no exception.

Even so, I was acutely aware, at least intellectually, that the problem lay with her and not me. But what would my recourse be. Though she was no toothpick herself, she is a white lady, a mom, with children and a husband – all the trappings of American middle-class respectability. Moreover, she sent those words in a private text communication. I am a fat, dark-skinned black woman. Had I gone off and set it off as she deserved, in all probability I would have been seen as the terrorist threat. Especially on the eve of the Fourth of July.

And that is the thing about American holidays: All too frequently they misdirect the focus and confuse the narrative, so that the villains are seen as benevolent and the victims are seen as the aggressors. Thanksgiving, the day that the nation memorializes the genocide of Natives, while giving thanks for generations of wealth built on the plunder of their lands, is a case in point. The ways that American holidays normalize the kinds of routine violence that have given birth to this republic make counter holidays like Juneteenth, the day we commemorate the actual end of all U.S. slavery, so necessary.

What, then, could I say? Something. I had to say something. But what?

I started by sharing her words in a status update on Facebook -- in part because in recent days, I have seen one too many friends, both black and white, readily defending Paula Deen, and arguing that her use of the N-word was an understandable byproduct of her Southern roots and most assuredly a relic of a bygone era.

However, as far as I could tell, this young family, in which the parents looked to be mid- to late 30s, were Northerners. So after waiting awhile and getting a handle on the tears that started coming steadily after I saw her words, I simply got her attention and asked her to read the Facebook status from my smartphone.

She saw it, kind of grunted her assent, and then said nothing. So I pressed forward, in a low voice: “I just want to let you know that your words were hurtful. And I hope you don’t pass that kind of ignorance down to your beautiful boys.” She replied curtly, “I don’t.”

And then we rode the rest of the way south together, her being a mother hen to her boys, me praying that the seeds of hate she’s planting would not fall on fertile soil.