Pick of the week: "The Way, Way Back" is a wistful summer escape

The new indie comedy gets adolescence and adulthood just right 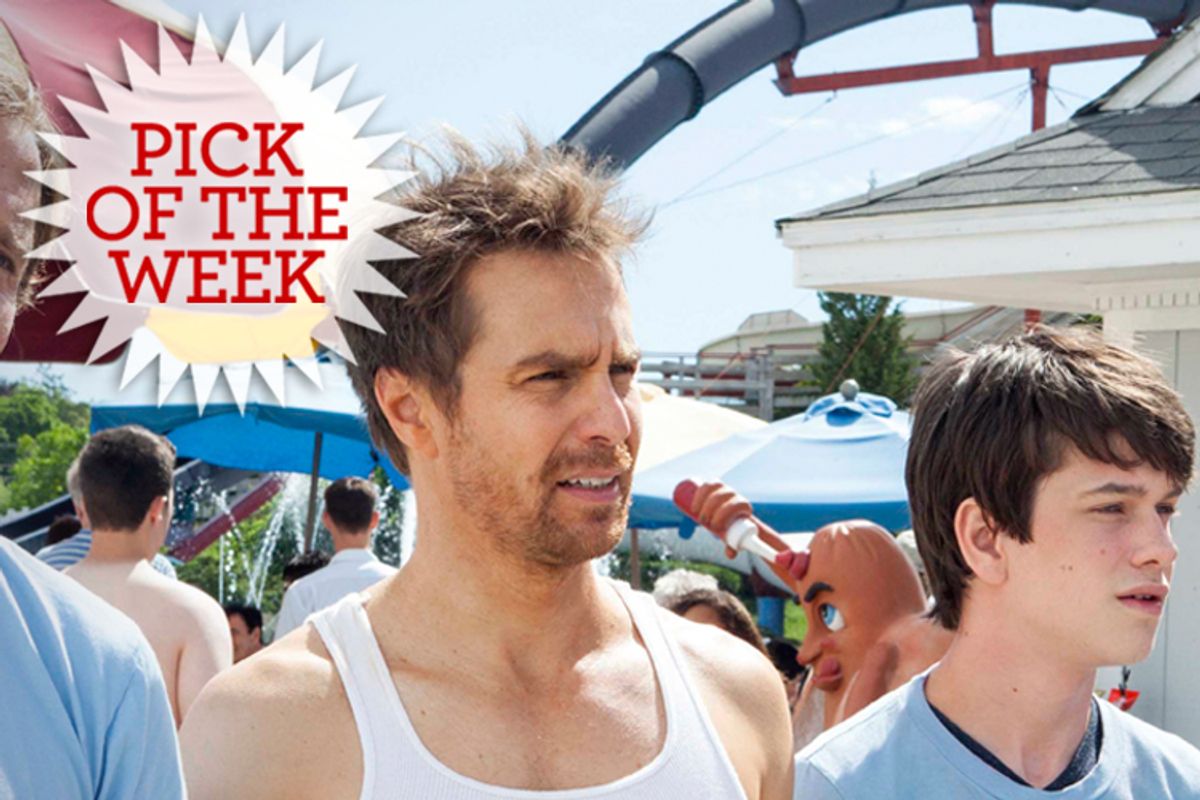 There’s nothing strikingly new or different about “The Way, Way Back,” which is a sweet-natured teenage coming-of-age story set in a beach town on Cape Cod. It’s classic summer counter-programming, a low-tech indie comedy driven by its strong cast and eccentric characters, and flavored with a wistful mixture of romance, loneliness and sea spray. But the directing debut of actors-turned-filmmakers Nat Faxon and Jim Rash (who previously co-wrote the screenplay for Alexander Payne’s “The Descendants”) is beautifully executed, loaded with sharp observational moments, and never cheats either its characters or its audience by descending into raunchy teen-movie cliché. This is a delicately balanced and often very funny holiday alternative suitable for pretty much the entire family; there’s some adult-oriented humor, but nothing that would pose a problem for kids older than 11 or 12.

Almost anyone who has ever been a teenager will identify with Duncan (Liam James), the nominal protagonist of “The Way, Way Back.” He’s 14, and stuck in that period of early adolescence when you’re no longer a child but aren’t quite prepared, by age or temperament or both, to join the ravening, Darwinian packs of hormone-driven teens. There’s a wordless but marvelous scene when Duncan watches, from inside the beach house, while his mom (the great Toni Collette), his would-be stepdad (Steve Carell) and two of their drunken friends stumble through the dunes for a late-night swim. Simply in the framing of the shots, and Duncan’s splendid, miserable isolation, Faxon and Rash capture something essential about the gulf between teenage certainty and murky adult experience, with considerable sympathy for both.

These guys write domestic comedy really well, especially when it’s right on the edge of domestic tragedy. I had a mixed response to “The Descendants” overall, but remember that scene when George Clooney shows up at his friends’ house, uninvited, interrupting a marital spat to demand answers about his wife’s infidelity? That was masterful. As Duncan’s mom, Pam, Toni Collette doesn’t get all that much screen time, but she makes every second pay off with a brilliant, understated performance as a once-burned divorced mom who’s hoping for the best but afraid of the worst. Her boyfriend, Trent (Carell), seems to be aiming toward marriage and stepfatherhood, but he’s also a guarded, angry person whose attempts to bond with Duncan are almost nakedly aggressive. Say this for Carell in his post-“Office” phase: He’s proven he’s a real actor, and he’s unafraid to take on unlikable characters who aren’t the center of the movie.

If someone hasn’t written a doctoral dissertation on theme parks and amusement parks as magical space in coming-of-age movies, they certainly should. “The Way, Way Back” certainly owes a debt to “Adventureland,” among others (although Jesse Eisenberg’s character in that movie is a recent college graduate, not a teenager). But the decaying, early-‘80s water park run by Owen is a near-perfect example. To Duncan, it’s a demi-paradise where he gets to be around adult role models who aren’t his parents. He isn’t quite able to see that it’s also a cement-lined Land of the Lotus Eaters, where one-time “cool guy” types like Owen lead a "Matrix"-like teen existence into their 30s and beyond without ever growing up.

In a career of playing raffish, rumpled guys who misjudge their own awesomeness, Rockwell may never have been better or funnier than he is here. Yes, Owen is pushing 40 and running a water park (and making ends meet in the off-season through mysterious means) and yes, he’s more interested in ogling hot girls and running his comedy patter on preteen boys than in actually working. There are worse things than that; even here the satire of Faxon and Rash’s screenplay is genial rather than cutting. Maybe an irresponsible Peter Pan class-clown type – who’d better hope the IRS never decides to notice him -- doesn’t make the ideal male role model. But Owen’s also a kind and generous person, who sees things in Duncan that Duncan can’t see in himself. As surrogate dads go, anyone would take him over a smoldering dickhead like Trent.

Anyway, this wouldn’t be a summer comedy if Duncan weren’t capable of changing Owen, almost as much as the other way around. Maya Rudolph gets a nifty supporting part as the long-suffering water-park lieutenant who’s been waiting for Owen to come to his senses, while AnnaSophia Robb plays the cute girl next door (literally), whom Duncan can barely muster the courage to talk to. (Faxon and Rash, both TV comedy veterans, give themselves funny sidekick roles at Water Wizz.) But “The Way, Way Back” really isn’t a teen romance, nor is it an adult sex farce. Those are flavoring ingredients in a movie that’s mostly about atmosphere, about moments of knowledge or connection that may not last but can shape a lifetime. It’s as welcome as the sea air, or a plunge in the Harpoon Lagoon on a sweltering afternoon.