Top 5 investigative videos of the week: "Busted in Texas"

From the war on drugs to the Egyptian revolution, a collection of the finest docs YouTube has to offer 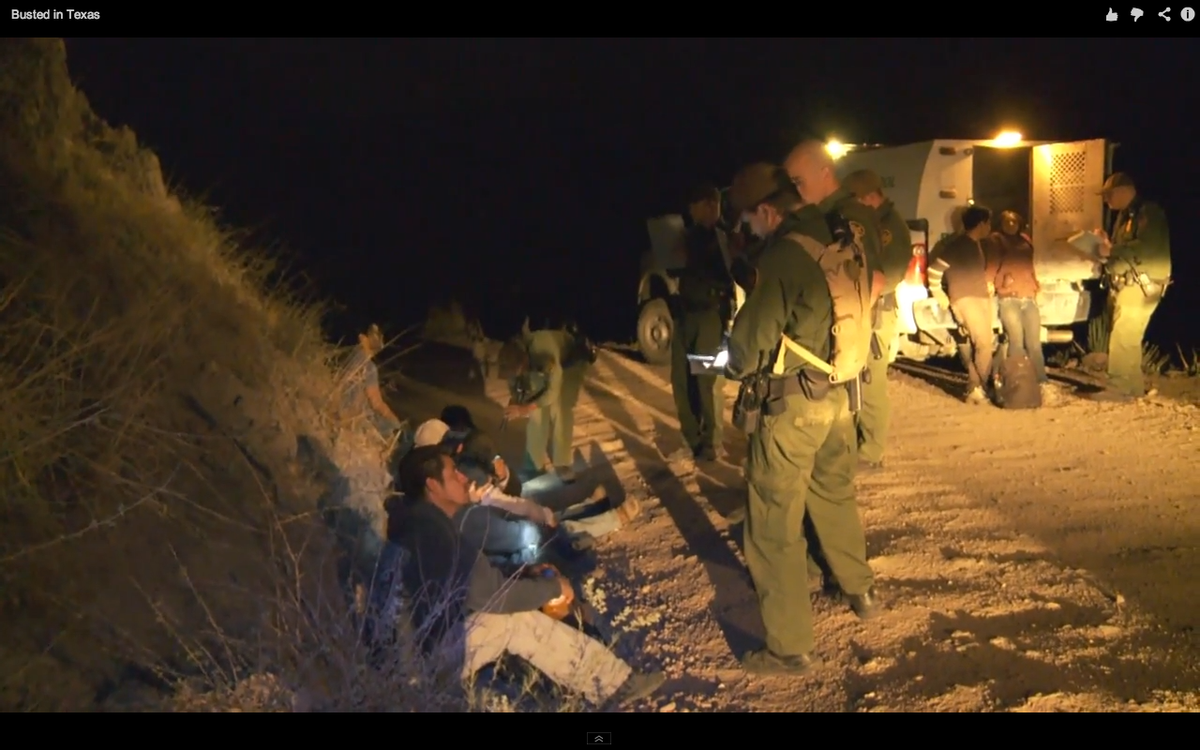 Scene still from "Busted in Texas"
--

Notes to self jotted down while watching this week’s videos:

– Even first-graders can stand up for who they are.

– Never let a film crew into your home.

The week’s Top 5 list was put together by the editors of The I Files, a curated news channel bringing together the best investigative videos available online. Take a look and subscribe!

Rest assured, no sniffer dogs were used to uncover these I Files videos.

“Busted in Texas,” The Young Turks and The Center for Investigative Reporting

“We don’t care if you smoke dope, bring more!” says a clerk in the Hudspeth County Sheriff’s Office in Texas. “I need job security!”

“Busted in Texas” investigates a particularly notorious checkpoint along Interstate 10 in West Texas that has become an unlikely frontline in the war on drugs and illegal immigration. Sierra Blanca has earned the nickname “checkpoint to the stars” because Border Patrol agents there have busted a series of celebrities including Willie Nelson, Fiona Apple and Snoop Lion. (The checkpoint also has received several reviews on Yelp, one of which was humorously and melodramatically interpreted by an actor in this video.)

The film’s most startling find is that although the Sierra Blanca checkpoint was set up to catch major drug traffickers and those who enter the country illegally, it primarily ensnares thousands of unsuspecting Americans. Most are arrested after sniffer dogs catch them with small amounts of pot. The stop is part of a series of domestic checkpoints that dot southern Texas, some up to 100 miles away from the Mexican border.

The documentary also examines how things are changing for this small one-industry town now that some states are moving toward legalizing marijuana and the federal government has announced it will no longer reimburse the cost of detaining all of those caught up in the local dragnet. The town of Sierra Blanca now has to decide whether it can afford to continue arresting thousands of Americans driving by with their personal drug stashes.

“If we didn’t have the checkpoint with the amount of cases that come through there,” says one deputy, “this town would be Mayberry.”

“We’re stepping into the line of fire.”

So says Egyptian-American filmmaker Karim El Hakim as he begins to document the then-nascent Egyptian uprising in 2011. “1/2 Revolution” follows El Hakim and a group of young filmmakers as they chronicle the first heady days of the revolution that finally ousted longtime President Hosni Mubarak last year.

The film is a raw and gritty look at the early days of the Tahrir Square protests and features scenes that are eerily similar to those currently playing out in real time on the streets of Cairo. The filmmakers became characters in their own story as they left the cameras rolling almost continuously and captured their reactions to what was happening around them.

In this excerpt, El Hakim reflects on how the documentary began and explains that even though the Egyptian revolution remains unfinished, there still is room for optimism.

“Anything is possible,” he says, “after watching Mubarak fall.”

Anything, including this week's military coup, which ousted Mubarak's ill-fated replacement, the Muslim Brotherhood's Mohamed Morsi.

Amid the widespread coverage of last week’s landmark Supreme Court ruling striking down a key part of the Defense of Marriage Act, another decision by the Colorado Civil Rights Division didn’t receive quite as much attention.

In a case that became a rallying point for transgender rights, 7-year-old Coy Mathises won the right to use the girls’ bathroom at her elementary school despite being born a boy.

But how young is too young to change sexes?

“Crossover Kids” investigates the trend of teens and children deciding at an increasingly early age to come out as transgendered and to live openly as their chosen sex. Australia’s SBS TV examines the obstacles that these young people face and the new support systems that are in place to help them since, as one doctor explains, 50 percent of transgendered people will attempt to commit suicide at one time or another.

While some are skeptical of a first-grader having the ability to make such a sweeping change of identity at such an early age, Coy’s parents make a convincing case that the only way to ensure their child’s happiness was to support this decision.

“Letter from My Child – Brazil: Forced to the Streets,” Al-Jazeera

This is the question 14-year-old Ana Raquel yearns to ask her mother in a heart-wrenching letter she writes in this Al-Jazeera documentary.

This installment of “Letter from my Child” profiles the Brazilian children who have been forced to live on the streets of Rio de Janeiro after being neglected or abused by their parents. The film is part of a larger series documenting the lives of families around the world in an effort to give a human face to front-page news.

This story focuses on two former street children who are working to make new lives for themselves. Told in the girls’ own (amazingly articulate) words, it gives a sense of what drives children to the streets and how a few manage to survive and then escape.

The most memorable – and painful – moments come when Ana Raquel reunites with her mother for the first time since she left home. The visit is horribly awkward as Ana Raquel maintains a determinedly sunny optimism about her new life in a children’s shelter while her mother can’t seem to look her eye.

“Do you still have a picture of me when I was little?” Ana Raquel asks hesitantly.

“No,” her mother replies.

“Crossing the Line at the Border: Dying to Get Back,” PBS

Earlier this week, Republicans in the House reiterated their opposition to the Senate’s landmark immigration reform bill, which would grant U.S. citizenship to millions of workers.

This short documentary from PBS’s “Need to Know” outlines a crucial irony in the immigration debate: At the same time that the Obama administration supports a path to citizenship for many who are living in the country illegally, it is overseeing the deportation of a record number of those immigrants.

“Need to Know” also finds that while the number of people attempting to cross the border into the U.S. from Mexico has decreased, the Border Patrol’s new strategy of funneling people into remote desert areas where they will be easier to catch has had the unintended consequence of causing more deaths from extreme heat, dehydration and exhaustion.

The story focuses on the story of Alfonso Martinez Sanchez, a father of five who had been living in the U.S. for more than 20 years before he was arrested in a random document check. As the video recounts Alfonso’s repeated attempts to rejoin his family and retraces the last days of his life, the tragedy and needlessness of his death is abundantly apparent.

As the reporter comments, for someone like Alfonso – deported after living in the U.S. for decades and determined to reunite with his family – “no wall would have been high enough and no desert too forbidding.”