When did Amanda Bynes turn into one of her movies' villains?

Bynes was always cast as the fresh-faced foil to snooty, shallow blondes. At some point, she became one of them

By Ayesha A. Siddiqi 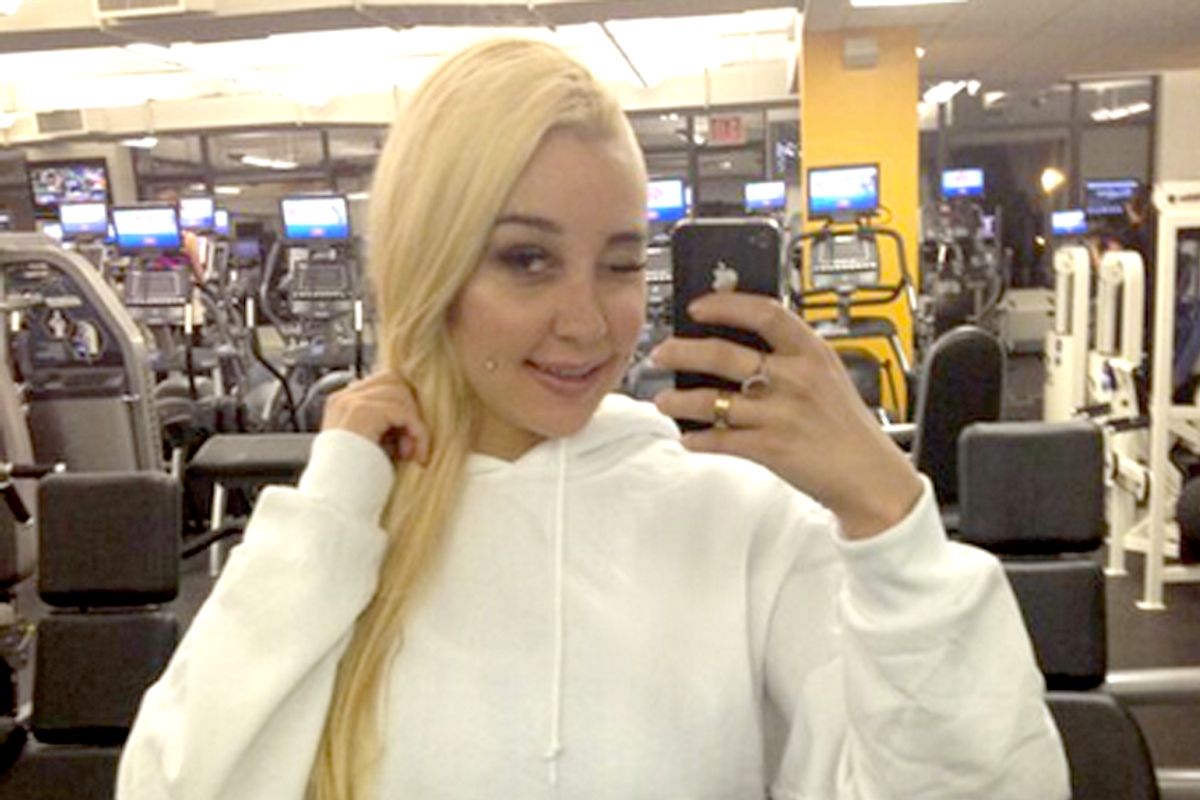 A young actor’s fall from stardom to a pity inducing 20-something is often traced through clichés about substance abuse and theories on celebrity. We can’t assume insight into a person we don’t know, whose circumstances we can’t imagine. But examining Amanda Bynes’ present condition through her career reveals a strange role reversal. One in which Bynes becomes a distorted approximation of the characters she played against.

Despite the success of two hit sketch comedy shows on Nickelodeon, her transition to film was a struggle to support an upward trajectory. While undeniably pretty, Bynes was consistently billed as “the girl next door,” the anti hot girl. You know, burgers instead of salads, sneakers instead of heels, sports instead of shopping. Most of her movies include scenes that made a point of such preferences, and they all feature characters who are villains for choosing the opposite. In What a Girl Wants she tells her blonde nemesis Clarissa (played by Christina Cole), “If you take your nose out of the air for one second you’ll see you’re designer, I’m vintage. You’ve got a mansion; I’ve got a five-floor walk-up. You’re a snotty little miss cranky pants and I go with the flow.” In She’s the Man: “Sorry, Mom. I have a strict no-ruffles policy.” And in Sydney White she “throws a football like Matt Leinart.”

These roles seemed to suit Bynes. In a 2005 cover story, she told CosmoGirl, “I enjoy doing things that are scary or things that some girls might not like because it won’t let them look gorgeous … that’s when you start relying more on your sense of humor.” But it wasn’t always enough. In 2003, after What A Girl Wants, Bynes told Time, “I want longevity, I’m waiting to find something a little bit above this movie.” The waiting wasn’t fruitful; among the few roles for a female actor even fewer could showcase the pratfalls, wide-eyed charm, and glib timing of Bynes.

That her extensive physical comedy range didn’t earn her more varied roles makes you wonder what would’ve happened if she’d come along just a few years later. After Kristen Wiig and Melissa McCarthy ushered in Hollywood’s belated recognition of women’s comedic talent and earning potential. Would Bynes be a bigger star if she could’ve been the next Kristen Wiig instead of the first Amanda Bynes? It’s hard to say. A study from the University of Southern California’s Annenberg School for Communication & Journalism found that only 28 percent of all speaking roles in 2012 belonged to women. And the majority of female actors’ screen time centers on dressing in revealing clothing. A wholesome archetype meant to endear Bynes to us limited her and, in 2008, she left her talent agency hoping to expand her opportunities as an actor.

There weren’t many available to her. The sequel to Hairspray was canceled and Alexis Bledel replaced her as the lead in 2009’s Post Grad. A January 2009 interview in Cosmopolitan revealed an actor very much aware of her type: “I’ve never been that girl [who] was auditioning to be the hot cheerleader. I was always the quirky girl. I’m much more comfortable being goofy than being the sex kitten.” She added she’d recently been cheated on: “I’m a confident person, but it killed me.” Later that year her next boyfriend, Doug Reinhardt, broke up with her and began dating Paris Hilton. Hollywood’s preferences seemed to be shared by the men around her.

In February of 2010 a Maxim photoshoot introduced a blonder, bigger-breasted Bynes in lingerie and heels. By March, a month into filming the Farrelly brothers’ Hall Pass, she was dropped from the cast, allegedly for “paranoid and fearful” behavior. In June, four months before her next movie’s release, she announced her retirement from acting, saying, “I don’t love acting anymore so I’ve stopped doing it…. Being an actress isn’t as fun as it may seem.” By July, she declared herself unretired. That fall saw the release of Easy A, in which Bynes plays the type of shallow blonde she was typically cast against, and newcomer Emma Stone plays the “girl next door.” It’s Bynes’ last credited film.

OVER THE PAST TWO years her tweets have become increasingly bizarre and her hazardous driving a tabloid regular feature. Far from the well-adjusted teen of her old interviews, her looks have become her fixation and constant project.

Amanda Bynes was once a promising comedy talent who deservedly earned comparisons to Lucille Ball, Carol Burnett, and Gilda Radner. Now her DUIs and hit and runs in 2012—coupled with ongoing, unexpectedly confessional tweets—place her somewhere between a parody of her costars’ characters and a real Hollywood tragedy, staring out glumly from under a cheap wig in court like a sketch from The Amanda Show.

She traffics in L.A. stereotypes with her frosted lipstick pout and blonde extensions. Her insult of choice is “ugly,” volleyed at other celebrities or strangers who tweet at her, and revoked on whim. She was kicked out of an exercise class for reapplying her makeup in the middle of it. Her Twitter admission to an eating disorder uncomfortably calls to mind the flatness of her midriff poking out from tank tops in What I Like About You. She muses about her nose jobs, tweeting, “There’s a surgery for everything that’s wrong with you!” She sounds, and sometimes looks, uncannily like Monique—the character Bynes’ Viola Hastings clashed with in She’s the Man. The one who said things like “girls with asses like mine don’t talk to boys with faces like yours.” Last week, Bynes tweeted, “I don’t care what you say about me if I don’t find you physically attractive” and “If you’re not hot I don’t value your opinion.”

MORE FROM Ayesha A. Siddiqi