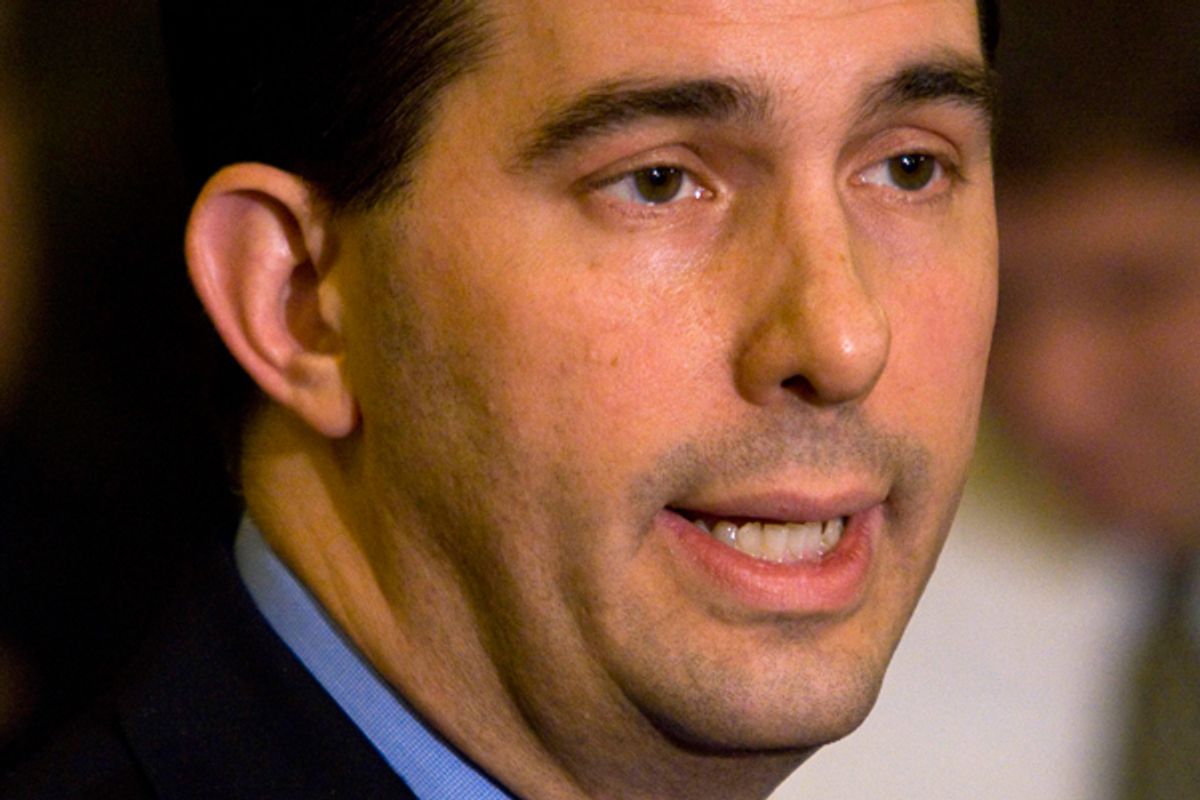 Wisconsin Gov. Scott Walker on Friday signed a sweeping antiabortion bill that could shutter two of the four remaining abortion providers in the state.

Like the measure currently being debated in Texas, Wisconsin's new law requires doctors to obtain admitting privileges at a hospital within 30 miles. A separate provision of the new law mandates ultrasounds, transvaginal or abdominal, for all women seeking abortions.

The Republican-controlled Legislature passed the measure in June, but Walker waited until the middle of the long holiday weekend to sign it, a move that has been widely criticized by opponents of the bill.

“That’s his prerogative. He’s the governor,” said Planned Parenthood of Wisconsin attorney Lester Pines. “But he’s not going to win a profile in courage award.”

Planned Parenthood and Affiliated Medical Services have filed a suit to fight the measure in federal court.

“Whether during special legislative sessions, at midnight votes, or in courthouses across the country, Planned Parenthood is fighting deeply unpopular and dangerous attacks on women’s health every step of the way,” Planned Parenthood Federation of American President Cecile Richards said in a statement. “The health and safety of American women are at stake -- and that is why this unconstitutional law cannot be allowed to stand.”

If enforced, the new law would dramatically reduce women's access to abortion services in the state, as noted by the Milwaukee-Wisconsin Journal Sentinel:

Planned Parenthood has abortion clinics in Milwaukee, Madison and Appleton; Affiliated has one in Milwaukee. A fifth Wisconsin clinic that offers abortions, in Green Bay, plans to stop offering abortion services on Aug. 1 for reasons unrelated to the admitting privileges law, according to the suit.