A UN report reveals 32.8 percent of Mexican adults are obese, even as the country battles hunger and malnutrition 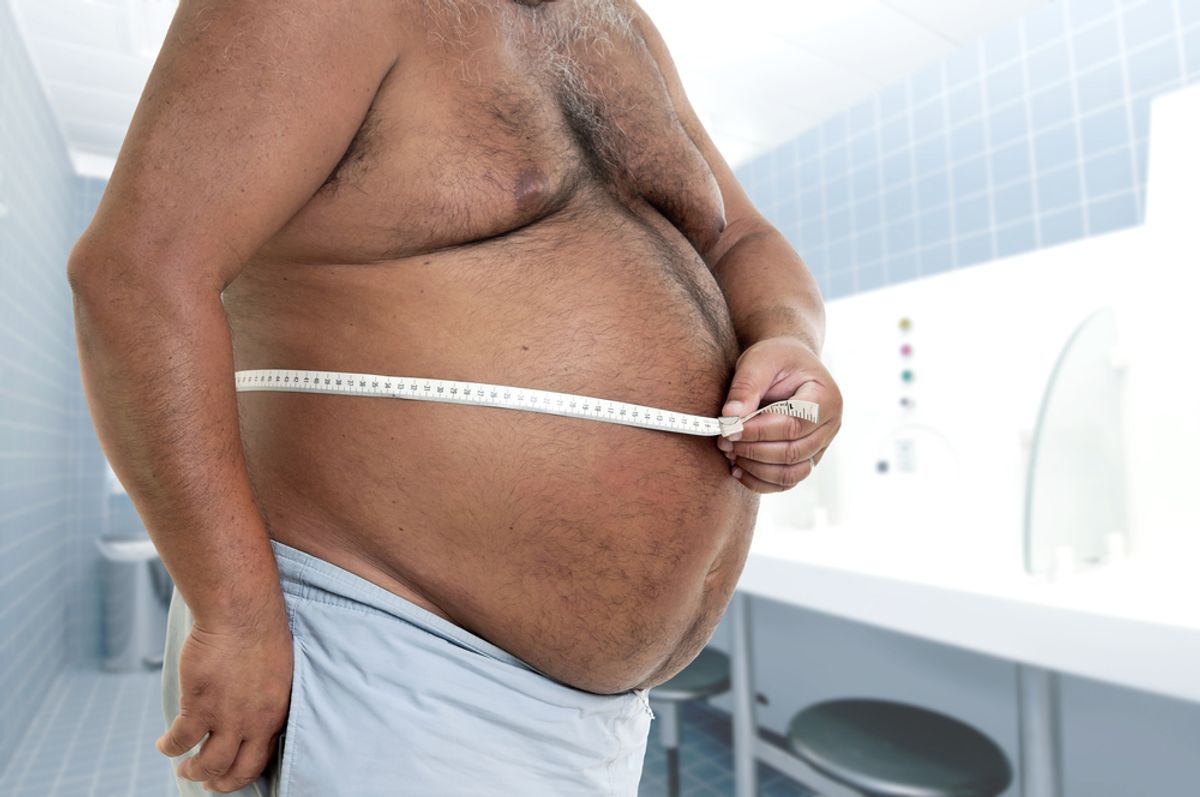 Yep, we're talking the desperate Battle of the (body) Bulge.

Even as nearly half its people are poor and as officials launch a national anti-hunger campaign, Mexico by some accounts recently has replaced the United States as the chubbiest of the globe's larger countries.

Diabetes and cardiovascular ills spike, plus sizes cram clothing racks and Mexicans keep eating, eating, eating. While cutting across class lines, the crisis disproportionately hits the poor and the young, malnourishment and obesity stalking them in tandem.

“The same people who are malnourished are the ones who are becoming obese,” said physician Abelardo Avila with Mexico's National Nutrition Institute. “In the poor classes we have obese parents and malnourished children. The worst thing is the children are becoming programmed for obesity. It's a very serious epidemic.”

About 70 percent of Mexican adults are overweight, a third of them very much so. Childhood obesity tripled in a decade and about a third of teenagers are fat as well. Experts say four of every five of those heavy kids will remain so their entire lives.

Weight-related diabetes claims the most Mexican lives each year, with nearly one of every six Mexican adults suffering from the disease. Heart and related ailments round out the list of the country's top killers.

Diabetes alone kills as many as 70,000 people a year in Mexico — roughly equal to the deaths authorities say are caused by more than six years of the country's gangland wars.

More than 400,000 new cases are being diagnosed every year.

None of this comes as a surprise.

Experts like Avila have been warning about the growing obesity here for years. Local, state and federal officials have tried fighting it with so far ineffective programs. The United Nations Food and Agricultural Organization (FAO) two years ago called on Mexico to consider its fattening people a national emergency.

The FAO last month reported Mexico has a 32.8 percent adult obesity rate — just above America's 31.8 percent — blaming increasingly industrialized agricultural production for a worldwide epidemic of both obesity and malnutrition. The Mexican rate may pale beside tiny, heavyweight countries like the Cook Islands, but it ranked Mexico the fattest, populous nation.

Experts argue over the accuracy of such global rankings, but the news made a big splash in the national press and rippled across Latin America's second-most-populous country.

President Enrique Peña Nieto has launched a National Crusade Against Hunger, aimed at alleviating “food insecurity” for some 7.4 million Mexicans. Critics have accused the campaign of being politically motivated with an eye on elections held Sunday in 13 Mexican states. Many of the people targeted live in the more impoverished south of the country, where indigenous rural communities have been especially hit by malnutrition accompanied by cases of obesity.

Avila and other experts criticize longstanding anti-poverty programs for putting cash into rural families' hands that too often is being spent on fried snacks and sodas rather than nutritious foods.

“They have put us into the worst kind of trap,” Avila says of the programs, which have been frequently accused of being used to manipulate the vote.

While it might currently lead the waddling pack, Mexico is hardly alone. People in the United States and other wealthy countries are about as fat. And those in other developing countries also are packing on the pounds as rural families abandon the land, urban jobs grow less physically taxing and processed food high in saturated fats, sugar and additives goes on the table.

“The result is that for many Mexicans, particularly in urban areas or in the northern states, switching to healthier diets is becoming increasingly difficult,” UN expert Olivier de Shutter says in a report on Mexican agriculture and nutrition issued two years ago.

He called for sweeping reforms that would refocus food production and consumption on more nutritious food available to more people. “The result is that for many Mexicans, particularly in urban areas or in the northern states, switching to healthier diets is becoming increasingly difficult,” he said.

What Mexicans wryly call Vitamin T — the tacos, tamales and tostadas that anchor their diet — underlies much of the problem. Once reserved for special occasions, the carbohydrate and lard-loaded dishes now get gobbled daily.

That wasn't so much a problem in past generations, when most Mexicans lived on the land, worked hard physical labor and couldn't afford a daily feast.

But the more sedentary lifestyles, combined with the ability to eat as if it were a party most days, has helped lead to the country's girth growth.

There are plenty of healthier choices like broth-based soups, fresh fish, salads, vegetables and fruits. But those tend to be more expensive for the Mexican poor and working class. And the heavier fare is just so good.

Many here also blame the popularity of US fast food restaurants and junk food snacks, which have spread rapidly since the opening of the local economy to global marketers in the early 1990s.

Urban Mexicans wolf down pizza, hamburgers and deep-fried chicken with abandon. Relatively cheap chips, cookies and sugary soft drinks pack the shelves of the convenience stores and mom-and-pop groceries that are as common here as cacti, even in poor rural towns and villages.

“I am trying to keep my children away from it,” housemaid Noemi Munoz said of the empty-calorie foods on which her own children gorge. “But fruit is so expensive these days and forget about vegetables. We don't have money for much of that.”

Mexican officials forged a national agreement three years ago with unions, food producers and others aimed at lowering the consumption of junk food. But the effort was weakened by lobbying from the agribusiness industry, UN expert De Shutter claimed.

"Some important tools to influence consumer behavior, including the raising of taxes on soda drinks and on foods rich in trans-fats or in sugars, were not made part of the National Agreement,” De Shutter said in his report. The agreement instead “locates the problem of overweight and obesity in the consumer's behavior, when in fact, this problem stems from the food system as a whole.”

Still, many wealthier Mexicans have turned to healthier lifestyles.

Supermarkets offer fresher and lighter calorie food. Restaurants serving sushi, salads and the like are popular. Gyms that charge individuals as much as $200 a month or more sprout across the cities.

“Junk food is great, who doesn't like it?” said Yasmin Gonzalez, 39, a hair stylist in a middle-class neighborhood in south Mexico City. “But before it was a luxury and now it's not.

“It gets complicated because of all the marketing,” she says. “But obesity is an addiction, like any other."