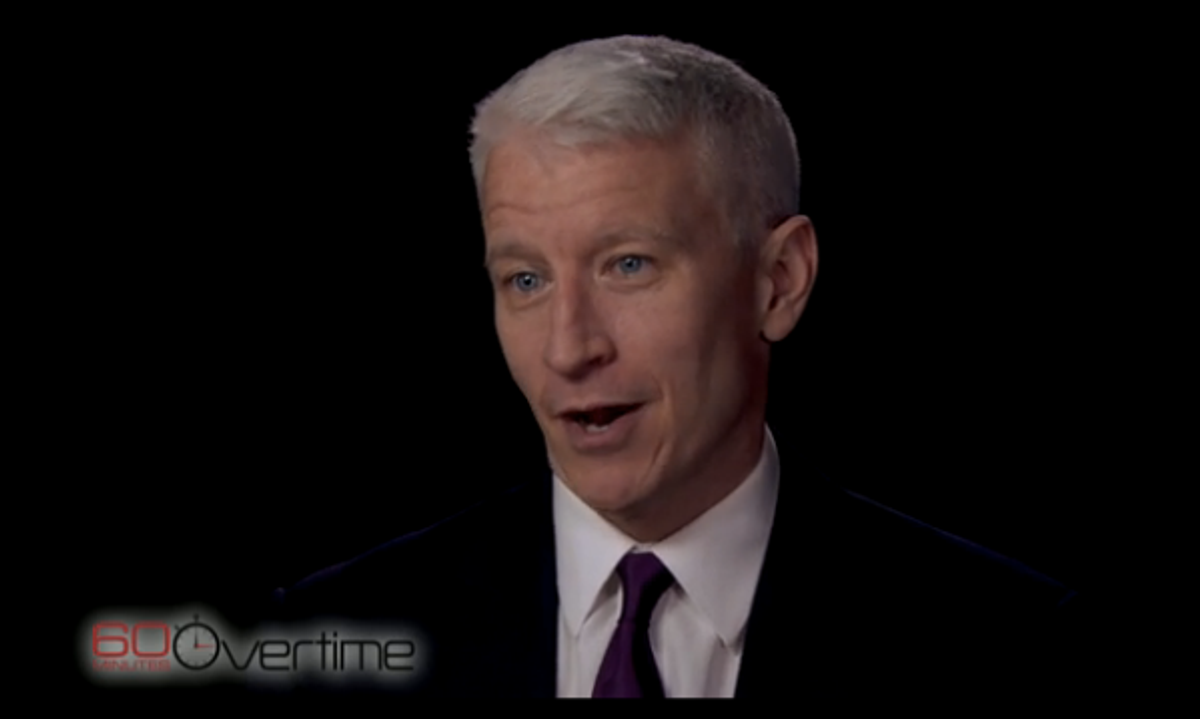 This week, Anderson Cooper discovered that being James Bond is not as easy as it looks. Reporting on the Bond films, producer Tanya Simon asked Cooper to become the action hero for a day. "In my mind I looked like James Bond and I felt like James Bond," Cooper said, after he learned how to shoot like Bond. "But I looked like this skinny, pale, gray-haired middle-aged guy trying to shoot a gun. It was so depressing. I actually deleted that photo."