Our bank wants us homeless

Bank of America is doing everything it can to kick this family out of its home. Here’s why you could be next 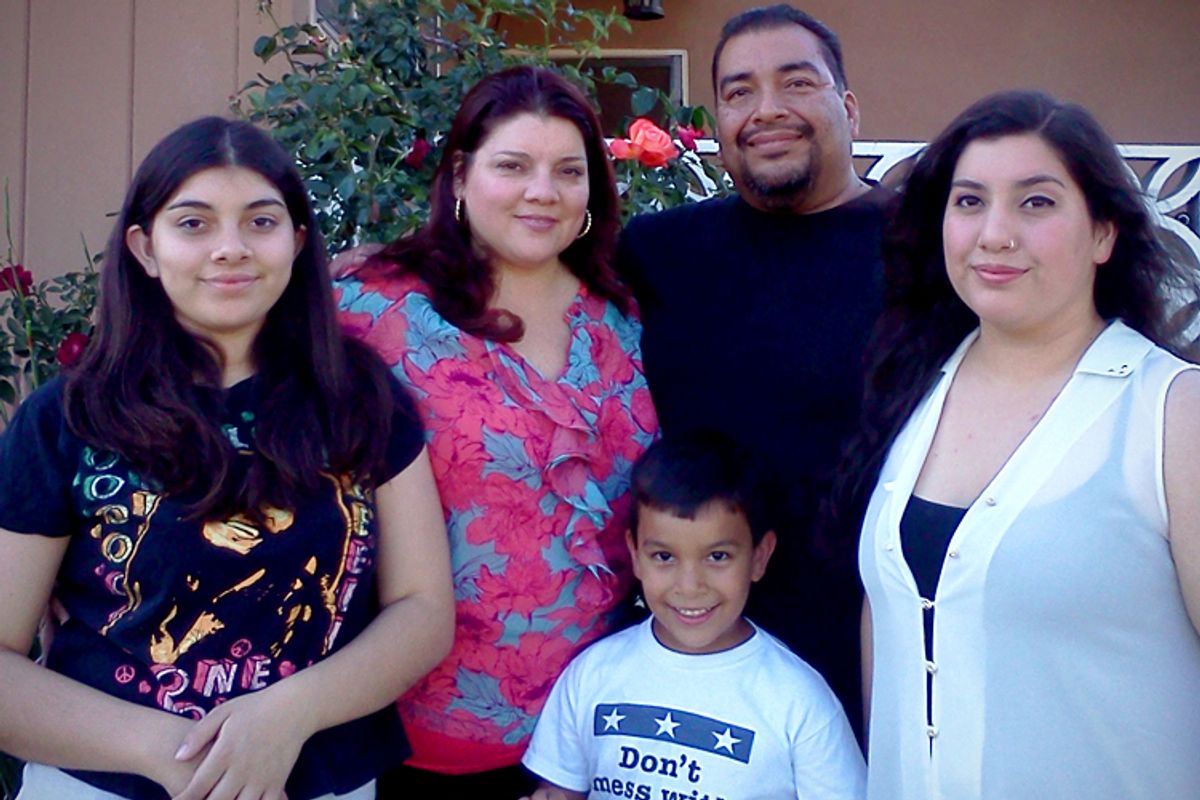 Warning:  While completely horrifying, the story of how the Mata family had its lives turned upside down is not harrowing just because of what happened to them -- but also for how it represents the quiet story of so many other Americans, as well.

Gisele Mata, her husband and three children have lived in the same home in Whittier, Calif., for 10 years. They fell victim to the Great Recession in late 2009, when she and her husband were both laid off within six months of one another; Gisele had been at her retail job for 23 years before the dismissal. Determined to stay current on their home loan, both she and her husband cashed in their 401K plans.

What follows is a story of how seemingly illegal, but very common, bank machinations affect ordinary homeowners -- who, after bad luck or an accident of timing, turn to their bank for help, only to get caught up in a nightmare. There’s a tremendous amount of shame put upon homeowners, who are unaware of the institutional forces working against them, and who think they somehow deserve this treatment. And there’s a risk that others will fall prey to the same scheme.

Within a year or so of floating between temporary jobs and a home-based business, none of which earned the same wages as before the layoffs, the money had run out for the Matas. They could no longer afford the mortgage payment. So Gisele contacted Bank of America in January of 2012, seeking a loan modification.

Eighteen months later, she has applied and reapplied six different times for modifications, without success. And many of the tactics she has had to deal with match perfectly with what bombshell Bank of America whistle-blowers have revealed was standard practice inside the loan modification unit. “They claimed I didn’t send in paperwork after I did, then they claimed I didn’t send in the right paperwork, and then they claimed I had a tax lien on the house which didn’t exist,” said Mata, 43.

I’ve heard lots and lots of these stories over the years, but making up a tax lien out of whole cloth is actually a delaying tactic I’d never heard before. Mata had to go through the city of Whittier to prove to Bank of America that the claimed tax lien was imaginary.

Part of the problem for Mata was that changes in her family’s income situation would habitually kick them back to the beginning of the loan modification process. Her husband found permanent work inspecting aircraft equipment (making an entry-level wage of $12 an hour) and over time received a couple of raises and promotions, and each time, Gisele had to inform the bank of the change in income, which would prompt Bank of America to restart her application, delaying the final decision even further. This also happened when one of her daughters entered the workforce as a massage therapist. “And we’d have to send in new forms, new financial documents, the whole thing,” Gisele told Salon. The Mata family still couldn’t secure a modification, despite three incomes.

Every time Gisele would reapply for a loan, she would get a new single point of contact (SPOC). She would receive letters from different people inside the bank with contradictory information, some from an old SPOC saying she was denied a modification (without explanation), others from a new SPOC saying that her paperwork was in the underwriting process. This matches what Bank of America whistle-blowers have stated, that customer service representatives would facilitate delay by claiming that applications were “under review,” when they weren’t.

I’ll jump in here to add that practically all of this conduct occurred after Bank of America signed a supposedly important settlement with state and federal law enforcement officials over just this type of misconduct. The $25 billion National Mortgage Settlement was inked in February 2012. But based on Gisele Mata’s story, you would never know that anything changed at the bank over the years, despite the new mortgage servicing standards that were part of the settlement agreement.

In fact, Gisele’s recent experience shows things getting worse. She was told this April that she had to get current on her loan within 15 days. When she reapplied for a modification, the bank told her it had no information on her application. Nevertheless, a new single point of contact said he would get the information to underwriting. Then she heard from a completely new representative at the bank, who told her she had to resend the information to him. It was her third reapplication and third “single point of contact” within 30 days.

Gisele had enough. She began to seek out information about what others were going through, and eventually hooked up with the activist group Occupy Our Homes. “I had no clue this was happening to so many people. I watch MSNBC, they’re not talking about this, they’re saying everything’s getting better,” Gisele told Salon.

Through Occupy Our Homes, Gisele attended the May 20 protest outside the Justice Department, demanding prosecutions of bank executives for their conduct. She was arrested with dozens of others for attempting to storm the building. “Extreme actions were taken against me and my family, so I had to take extreme actions right back,” Gisele argued. “And this was extreme for me, I’m a Girl Scout troop leader!”

Gisele Mata’s mortgage situation remains in flux. Two weeks ago, a brand-new single point of contact told her that, “because of special circumstances” (no doubt her activism) the bank was willing to offer an in-house loan. However, the terms were pretty onerous. All owed payments and fees would be capitalized into the principal of the loan, over a term of 40 years. “So this $240,000 house would take me 50 years total to pay off,” Gisele said. Furthermore, Gisele was told she would have to waive her rights to any incentives through the Federal Housing Administration, where she got the loan in the first place. Gisele was unwilling to waive any rights, so she told the bank she would reapply, based on another promotion her husband received. “They said that’s fine,” Gisele said, “but that foreclosure could be pending because I was no longer in negotiation.”

There is no reason why a family who can afford some level of payment should have to wait two years to get a loan modification, which would ultimately make sense for the owner of the loan over a foreclosure sale that would bring back less money. The warped financial incentives of the mortgage servicers, in this case Bank of America, have turned this simple process into a horror show for millions of families like Gisele Mata’s. And Bank of America and its colleagues have stooped to illegal activities to make their profits, without any sanction.

The experience has turned Gisele into a full-fledged activist, who believes that giving voice to the realities of dealing with the banks will create greater awareness and help others. She led an action at her local Bank of America branch in Whittier on Wednesday. Gisele and other activists brought fake gift cards, in a nod to whistle-blowers’ claims that bank employees were given gift cards as bonuses to push people into foreclosure. Said Gisele, “We took the gift cards to the branch to try to bribe the bank manager into working with me on my loan.”