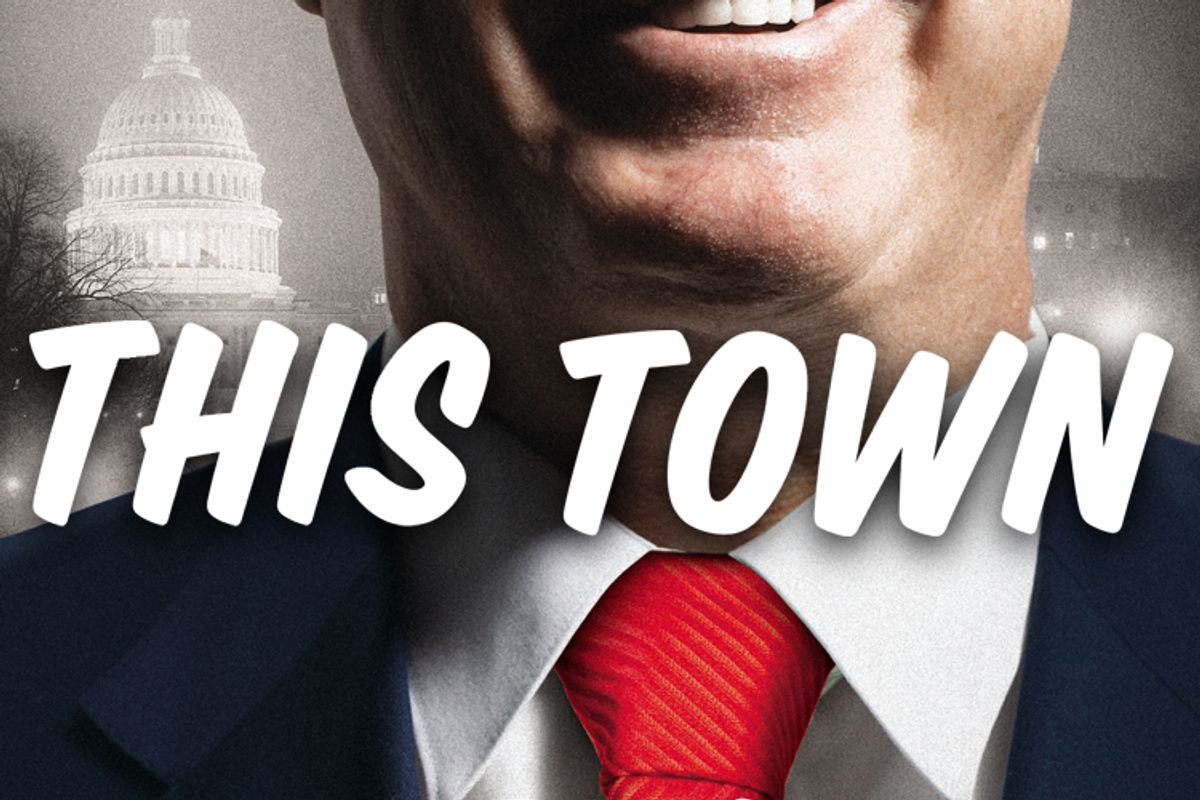 Mark Leibovich, the chief national correspondent for the New York Times Magazine, just released "This Town," an insider look at the incestuousness and power politics at play among Washington's political and media elites. Here are some of the best bits from Leibovich:

McCain proposed [Greenspan] as an overseer of a panel that would simplify the tax code. "If he's dead or alive, it doesn't matter," McCain said of the then eighty-one-year-old Greenspan. "Prop him up and put some dark glasses on him, like Weekend at Bernies."

On Harry Reid and Chuck Schumer's reactions to the news that Claire McCaskill won her Senate race in Missouri in 2006, when Democrats regained control of both the House and the Senate:

"Yeah," Schumer grunted out through his food, holding his fists over his head.

Reid, a man of thoroughgoing cynicism, is nonetheless capable of a boyish hullaballoo at times like this. So what did Harry Reid do to mark this key step in his assent to Senate majority leader? He rose from the couch and he kissed the TV -- tenderly, caressing the screen. And then he sat back down to receive from Schumer something between a pat on the head and a noogie.

On trying to get senators to trash then-Sen. Rick Santorum, R-Penn., for a story:

I tried. And I turned up the predictably limp platitudes from senators who plainly could not stand Santorum -- which is "Latin for asshole," as Democrat Bob Kerrey of Nebraska once helpfully translated. Finally, I encountered Democrat Mary Landrieu, of Louisiana, just off the Senate floor. As she walked by, I asked her, "What do you think of Rick Santorum?" To which Landrieu grimaced and replied, "You couldn't quote what I'd have to say about him." That was good enough for me. I quoted Landrieu saying that. And sure enough, next time they were on the floor together, Santorum made a beeline for Landrieu, saying in so many words that his feelings were hurt.

On Harry Reid, a few months after Leibovich first met him:

Reid randomly called my desk a few years later to wish me a "happy Jewish holiday."

On Sen. Tom Coburn describing how he gets rid of water moccasins in his pool:

"I kill them," Coburn said with relish, "by slicing their heads off with the sharp edge of a shovel."

On former Sen. Bob Kerrey, D-Neb., describing why he wasn't so keen on running for office again:

"The problem is, the second your hand comes off the Bible, you become an asshole."

Someone introduced me to Powell, whom I was careful to address as "General," not "Secretary," because he supposedly notices this stuff. (Several Bush White House officials believed this was an attempt by Powell to distance himself from an administration he was at odds with. Matt Latimer, a former Bush speechwriter, suggested this in his memoir Speech-less: Tales of a White House Survivor, which received little notice. But Powell noticed. He fired off an e-mail to Latimer that read, in part:  "Someone told you or your speech writers that I preferred the title 'General' after I left the State Department. That is true. In typical paranoid White House fashion, it was thought I was not using the Secretary title in order to distance myself from the President and you guys wrote in 'Secretary' in the President's remarks. At least, that was what you thought. The reality is that 'General' is proper. I was no longer Secretary Powell, but 'former Secretary Powell.' I am never 'former General Powell.'