Funny in spurts, this show is destined to be consumed as viral Internet video -- which is how it got its start 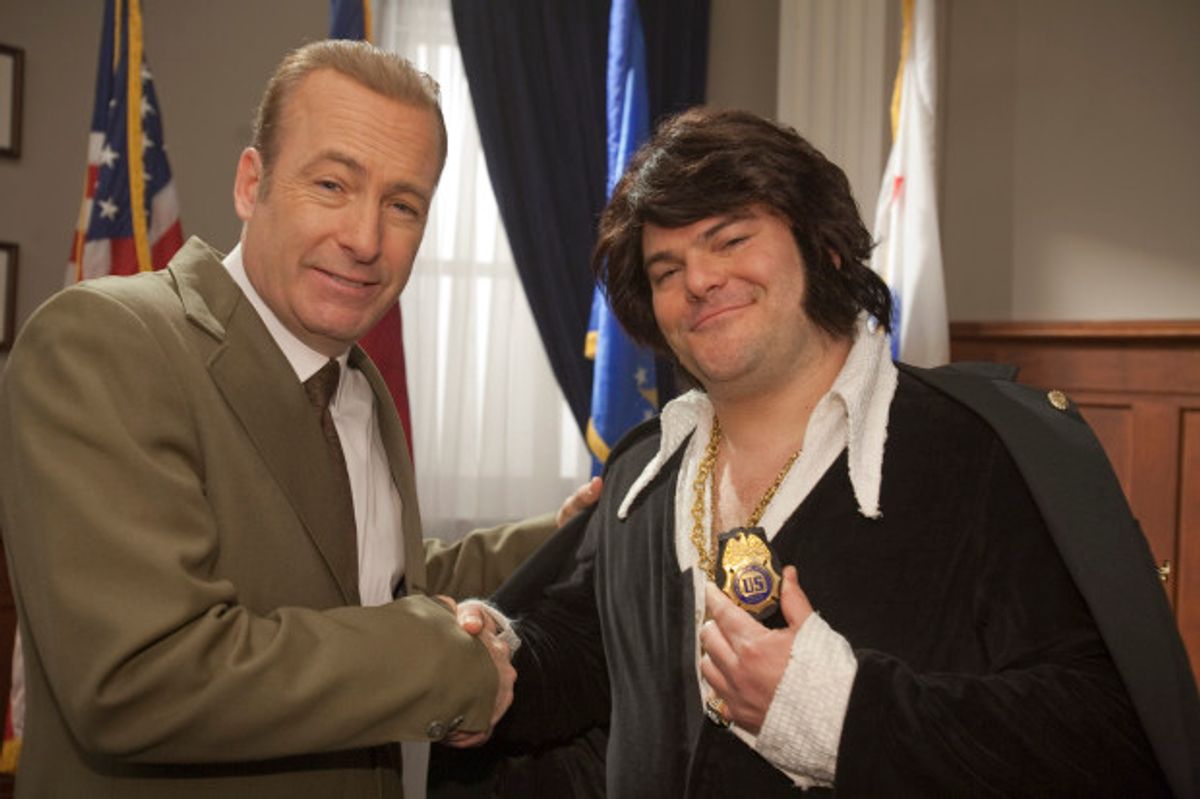 “Drunk History,” which premieres tonight on Comedy Central, is a half-hour show based on a popular Funny or Die series of the same name. In both, very drunk people with a pretty solid sober grasp of certain historical events, narrate while famous people — past participants include Michael Cera, Will Ferrell, Don Cheadle — act out their every word. (There's also a very special Drunk History Christmas segment that involves Ryan Gosling.)  The sketches are about six minutes long, and the new show contains three of them per episode. In the premiere, drunk people tell the story of Watergate, the Lincoln assassination and the time Elvis got a narcotics badge (which of these things is not like the other?).

As the drunks narrate, ask for a cookie and even puke, the likes of Adam Scott, Bob Odenkirk, Jack McBrayer, Stephen Merchant, Fred Willard and Jack Black, all in costume, lip sync their exact words. So you get, for example, Scott dressed up as John Wilkes Booth staring into a mirror saying, “Lincoln? What does it all mean? What is he talking about? Slavery. I don’t even get it," as he decides to assassinate the president. Despite this dialogue, the history is not totally mangled. The people who are talking, one suspects, practiced a lot when sober. One probably shouldn’t write a history paper based on what’s relayed here, but one could definitely do worse.

How funny you find all this basically depends on how funny you find drunk people. And not fake-movie drunk people, but realistically drunk people: a little confused, no longer so good with words, and very sleepy. It also depends on how much fun you have watching the clique of calmly famous dudes who like to do comedy have fun with each other as they hang out, dress up and pretend to be, say, Richard Nixon. Personally, I found it funny and fun about one sketch at a time. I kept thinking, “Oh, one of these could make for a great viral video,” which is, of course, how they started out. Now they are just viral videos that will have aired on broadcast television first. "Drunk History" is a Web series that became a TV show that will still be best and most watched on the Internet, a snake eating its own tail, but one that makes money for everyone involved with each chomp.