Members of the new group will not be allowed to wave rainbow flags, according to founder John Stemberger 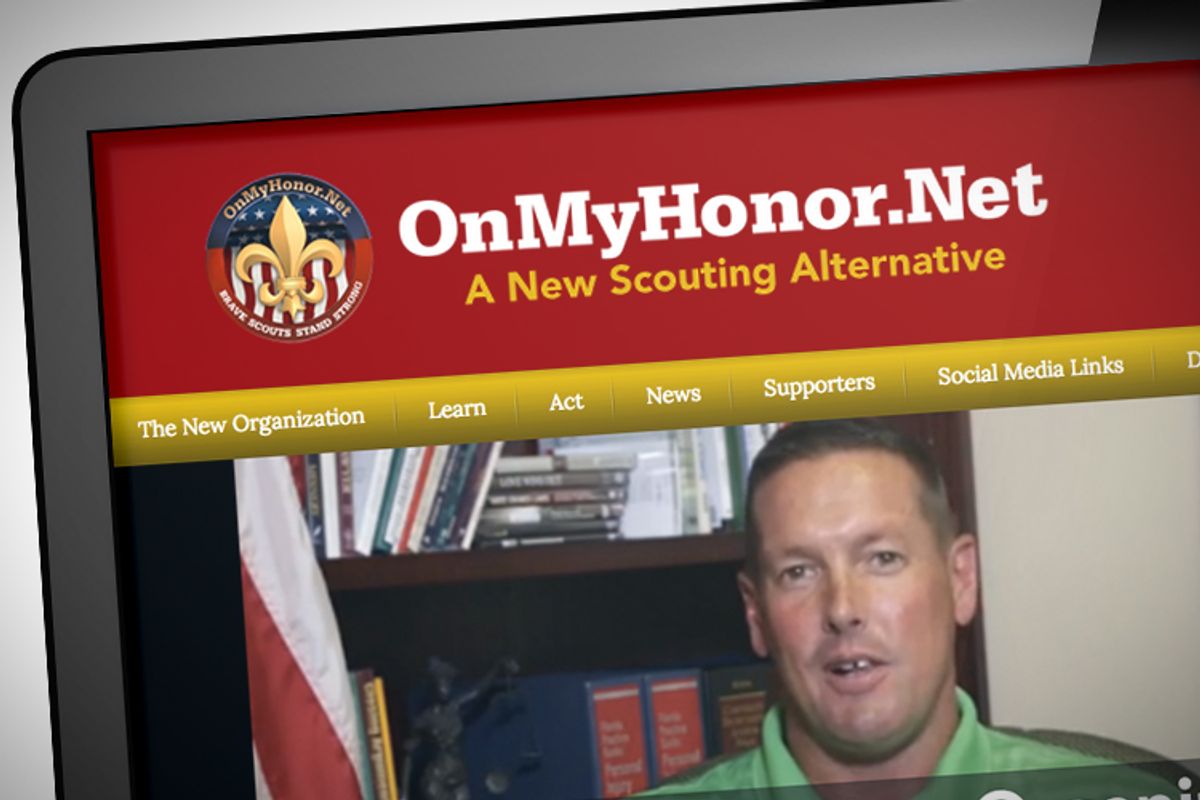 Apparently, the Boy Scouts' recent decision to remain only partially anti-gay makes them not anti-gay enough for anti-gay activist John Stemberger, so he started his own scouting organization for boys who don't "openly flaunt sexuality."

The new group consists of many of the parents and scouting leaders who fled the organization after it amended its policies to allow openly gay children to join (while maintaining a ban on openly gay scout leaders), as Reuters notes:

The splinter group, OnMyHonor.Net, said the new organization will offer an outdoors-oriented character-development program for boys similar to that of the Boy Scouts, while also focusing on “sexual purity” and adhering to “a standard statement of Christian values.”

The new organization, which has yet to be named, stopped short of banning gay children but said it would bar any members who “openly flaunt sexuality.”

“We have heard directly from over 30,000 people that recommended a need for this organization,” said Rob Green, a former top Boy Scouts leader in South Carolina and now interim executive director of OnMyHonor.Net’s new program. “There is an organization existing now that is in line with your values.”

When pressed for an example of what it means to "flaunt sexuality," Stemberger cited waving rainbow flags as a verboten activity among the group's young adventurers.