"Crystal Fairy": Dosed in the desert with a New Age seeker 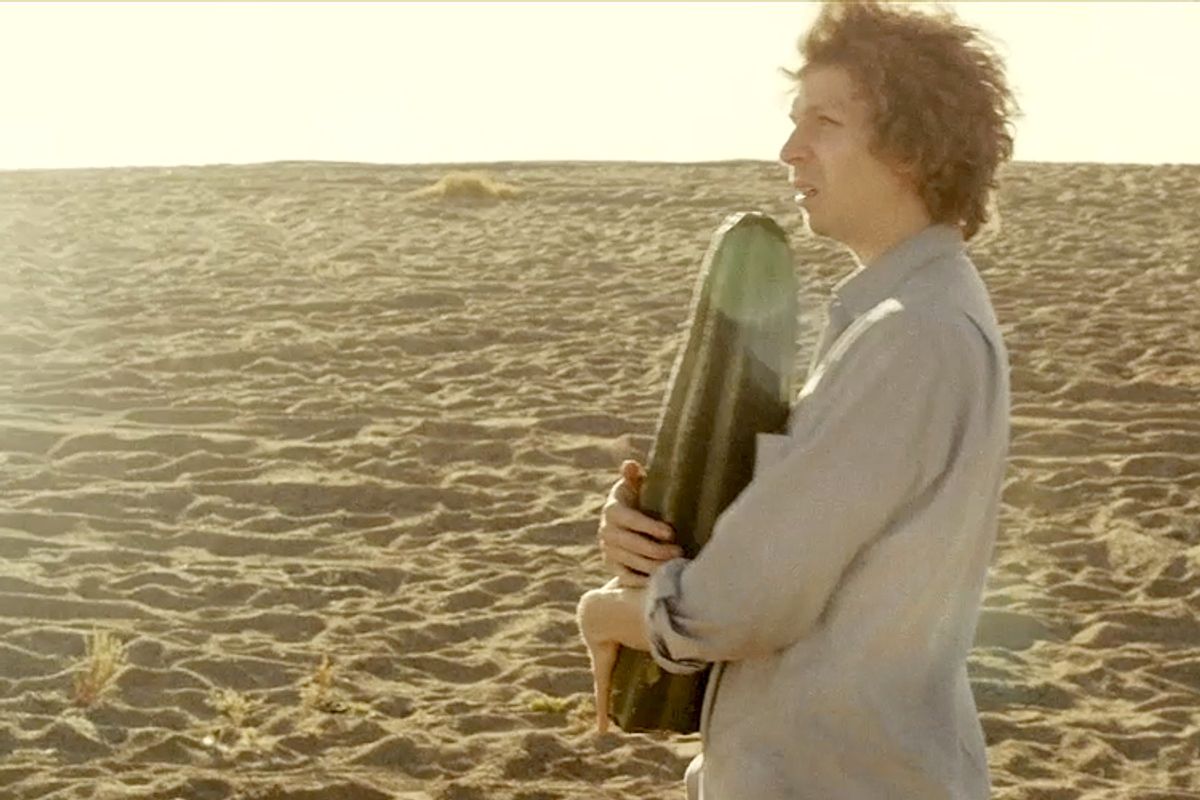 My task here is to convince you to pay attention to an unusual and almost indefinable movie made in Chile by a director you’ve probably never heard of, starring a young North American actor who isn’t quite a movie star but is known for playing irritating characters, and here outdoes himself in that regard. In fact, Sebastián Silva’s “Crystal Fairy” – the full title, until cooler heads intervened, seems to have been “Crystal Fairy & the Magic Cactus & 2012” – features not one but two principal characters who will strike many viewers with the effect of an angry kitten being dragged across a chalkboard. This is a road-trip comedy and a drug-trip comedy, but one that refuses easy clichés and whose ultimate intentions are a lot more sober and mysterious than that sounds. In its own peculiar mode, “Crystal Fairy” (which already won Silva the world-cinema directing prize at Sundance) is one of the year’s most distinctive discoveries.

One of those characters is Jamie, a yammering, drug-seeking control freak played by Michael Cera of “Arrested Development” fame. (This character may actually be the basis for Cera’s portrayal of the doomed and debauched “Michael Cera” in “This Is the End.”) Jamie’s nebbishy wardrobe and unimpressive physique can’t hide the fact that he’s massively egotistical and massively insecure. Without getting into personal revelations, let me say that if you at any point in your life hung out with young people who did a lot of drugs, then you knew someone like Jamie. He moves from weed to coke to hallucinogens with a ravenous hunger, always in the mode of a walking pseudo-scientific encyclopedia who knows more about the qualities and effects of illegal substances than anyone else, and without the supposed mellowness or contemplative qualities of the drug experience improving any of his personality defects.

Jamie has convinced a trio of likable, athletic, upper-class Chilean dudes (played by Juan Andrés Silva, José Miguel Silva and Agustín Silva, who are the director’s real-life brothers) to accompany him on a camping trip that involves a quest for the famed San Pedro cactus, source of the potent psychedelic drug mescaline. But Jamie has forgotten that in the throes of an all-night Santiago party fueled by booze, marijuana and cocaine he also invited a wild-haired American hippie chick he met who fascinated and embarrassed him.

This ambiguous nemesis calls herself Crystal Fairy and comes armed, of course, with headdresses and wraps and charms and bracelets and blessings and magic pebbles. Her frequent and unabashed nudity leads Jamie and the brothers to dub her “Crystal Hairy,” but she refuses to be offended, about that or almost anything else. (Although she is pretty irate about the corporate snack food brought on the journey.) If Crystal Fairy seems nearly as intolerable as Jamie at first, you need to give her a chance. In the end, she’s a marvelously complicated character played with courage and clarity by Gaby Hoffmann, an underappreciated American character actress who’s done numerous TV and movie parts going back to “Field of Dreams” (when she was 7 years old).

There are certainly some gags in “Crystal Fairy” about the cluelessness of affluent, globetrotting Yanks when faced with an unfamiliar culture – or, actually, just with the conditions of real life. Jamie picks up two working girls from the streets of Santiago without noticing that, at least technically, they’re not girls at all. When he and the brothers reach the distant northern city of Copiapó, they find Crystal Fairy, for reasons unknown, being physically accosted by a group of women in the central plaza. But I’m not sure these are actually gags at all, any more than the film’s depiction of the three frat-boy-esque brothers as befuddled by the conditions found in their own country, or way too impressed about getting to hang out with Americans. Silva deliberately positions the movie right on the edge of becoming an apocalyptic disaster thriller, a movie about white people in danger in exotic climes, without quite nudging it over.

Shot mostly with hand-held cameras in the harsh but spectacular scenery and desert light of northern Chile, “Crystal Fairy” is often visually dazzling but retains a slight ironic or objective distance from its characters. Jamie, the Fairy and their companions will indeed reach the beach on the other side of the Atacama Desert, and there brew and ingest a mescaline concoction from a shamefully stolen San Pedro cactus. But Silva depicts the drug experience almost entirely from the outside, with a few tiny dips into subjectivity. This film’s slightly oblique tone, its refusal to play favorites or editorialize, reminded me more than a little of Silva’s friend and producer Pablo Larraín, the director of “No” and “Tony Manero.”

Like all the best drug trips, the one in “Crystal Fairy” reveals a truth we already knew, which is that beneath their well-developed masks (of expertise and self-control, or New Age spiritual openness) both Jamie and Crystal Fairy are searching for something they haven’t been able to find, and perhaps are still too young to identify. It is deeply satisfying to see Jamie’s persona thoroughly melt down at last, and not at all surprising that Crystal Fairy winds up lost in a desert canyon, wearing running shoes and nothing else. But don’t expect some big dramatic or romantic resolution amid the finely observed interpersonal dynamics of this movie. It leaves you with provocative questions and memorable images rather than neatly wrapped answers, and with that feeling of imprecise mystery I remember so well from my own youthful experiences: Something beautiful and evanescent just happened, or almost happened. But you can’t describe it, and if you try to seize it, it vanishes into sand and salt and sun.

”Crystal Fairy” opens this week in New York, Los Angeles and other major cities, with wider release to follow. It’s also available on demand from cable, satellite and online providers.