Don't spend the summer at "Camp" 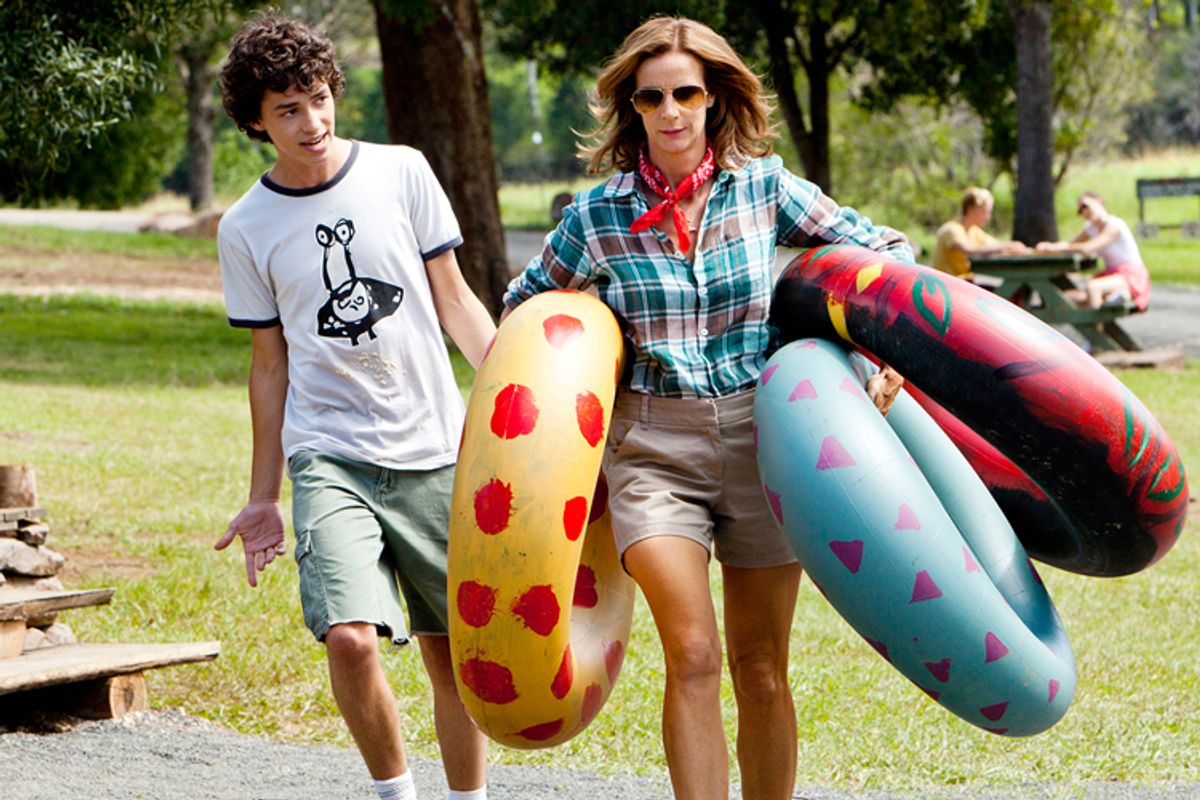 Just to lay my biases out there, I am a summer camp person. I went to summer camp, I love summer camp, I wish I could go back to summer camp. I have a box of tie-dyed T-shirts I made at summer camp in an attic somewhere — listen, one day, even if it is after the apocalypse, tie-dye will be back in and then I will be prepared — and I refer to “Brown-Eyed Girl” as a “camp song” and on and on and on in that moony-eyed way of people obsessed with summer camp. (I say moony-eyed, you may say unbearably annoying: you do you.) I am admittedly, proudly, a prime target for all fictions about summer camp because I am automatically on board with their basic premise: Summer camp is the best and most magical and most heightened place and we should all be there all the time.

And so it was with a sinking stomach that I watched NBC’s “Camp,” which begins tonight and chronicles the madcap happenings at Little Otter, a summer camp that only makes summer camp seem a teensy bit fun. Adjusting for my bias-to-summer-camp, I would guess that a normal person would find “Camp” wholly mediocre. I found it pretty mediocre, but was still powerless to stop watching: I’m sorry, but there is just something about lakes with specially designated swimming areas that bliss me out.

The only cliché “Camp” avoids is the one where the camp it focuses on resembles in any way a real, functional summer camp. “Little Otter” is ostensibly a family camp— there are some parents there with their children, though they are mostly getting drunk – but there are also dozens and dozens of kids running around, seemingly parentless. There are a whole host of teenage counselors-in-training who sometimes have kids to look after, but mostly not. There is a clique of teenage girls who are neither counselors-in-training nor with their parents, but who are just roaming around being mean girls. A counselor can just leave in the middle of the day to, say, go get his gambling-addicted mom from a nearby casino. The days have no structure. Little Otter seems like a great place to go with your kid if you never, ever want there to be a lifeguard on duty when they go swimming, which they appear to be able to do whenever they want.

Overseeing all this madness is the frazzled Mac (the great Rachel Griffiths, who should get a good show again sometime soon), whose husband has recently left her for a hot Russian leg waxer.  She takes to hate-screwing Roger (Rodger Corser), the Australian who runs the mean-spirited, but very functional camp across the lake. She's also lusted after by a very blond 28-year-old who is too young for her, but whom she'll probably sleep with anyway. Because one love triangle is not enough, another counselor is torn between the sweet guy she has been dating every summer for the last 10 years and the Adonis author who is living across the lake trying to finish his book. Young Kip immediately falls for a cool, nice chick, whom he is obviously not going to share his feelings with until, maybe, the last week of camp. And then there’s Mac’s horny teenage son Buzz (Charles Grounds), who is basically “Mad Men’s” Ginsburg at summer camp. Buzz is really driven to touch a girl’s breasts before the summer is over, because it would not be a piece of camp fiction unless some boy was not hormonal and hyper-verbal about it.

“Camp” is wildly inferior to any number of delightful extant fictions about summer camp,"Wet Hot American Summer,” “Huge,” “Camp Nowhere,” "Salute Your Shorts" and Meg Wolitzer’s new novel “The Interestings” among them, but it has a certain high energy —  there are almost always 10 people running around in the background of every shot —  and all those shots of the lake. If your summer camp itch can never be fully scratched, "Camp" is kind of like expired calamine lotion: It won't work, but it can hardly make the itching worse.