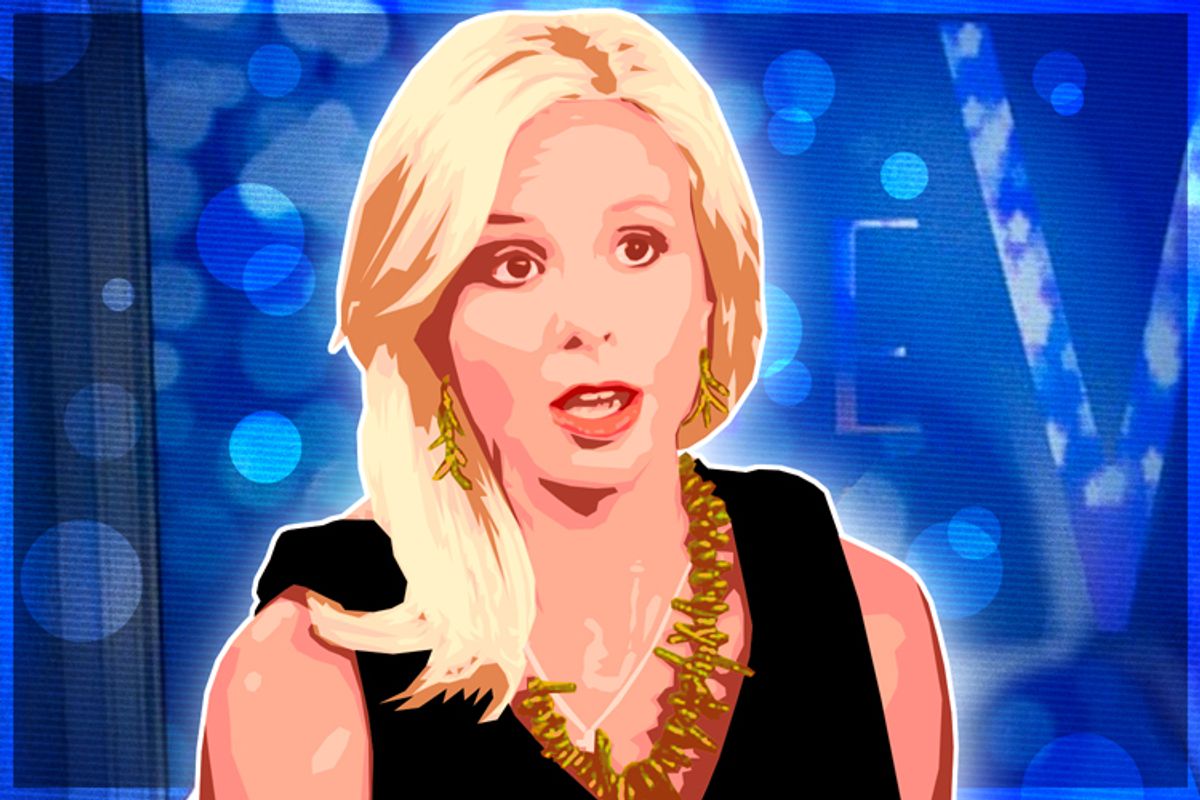 In some senses, Elisabeth Hasselbeck's move from "The View" -- where, for 10 years, she was the kaffeeklatsch's most conservative voice -- to "Fox and Friends" is a promotion. Hasselbeck, who was often isolated on Barbara Walters' daytime panel show, will now be among fellow travelers, at the center of the action as the only woman anchor. (Current "Fox & Friends" anchor Gretchen Carlson is moving to the afternoons.)

But for the conservative movement, Hasselbeck's move to Fox News seems like a setback. Though Hasselbeck was not the strongest debater at the table (that was the fiercely liberal comedian Joy Behar, also leaving the show), she was among the few conservative partisans with a daily platform in the so-called lamestream media. One generally watches Fox News with the express goal of learning more about or indulging right-wing talking points; one could end up getting those same talking points from Hasselbeck when simply trying to catch an interview with a pop star or an update on "Dancing With the Stars."

It's hard to remember now, but coming off of the phenomenally popular second season of "Survivor," Elisabeth Filarski (as she was then known) was a beloved media figure; she got the seat on "The View" after a lengthy audition process. She had gotten close to winning a million dollars in Australia as a charming underdog (the last remaining member of her tribe -- remember "Survivor"?!) who never discussed politics on-air, though she had a heartland-ready friendship with an older gentleman farmer. Despite her effervescence, Hasselbeck's casting on "The View" immediately changed the character of the show: She was the token "young person," coming after the ditzy Debbie Matenopoulos and the gravely serious Lisa Ling. Unlike either of them, she was into the rough-and-tumble of politics, even if her political points sometimes seemed a little too assiduously taken from the Republican playbook.

"She came from 'Survivor,' you have to get up to speed," said Jennifer Keishin Armstrong, who had covered "The View" for Entertainment Weekly and who recently wrote a book about "The Mary Tyler Moore Show" and feminism. "You can't be expected to be one of the greatest political minds of all time.

"But I did feel a sense of her getting her footing a little bit more in terms of actual political reasoning."

With the arrival of Rosie O'Donnell in 2006, "The View" went from a show that used politics to color and inform daytime-friendly personal chat to a show explicitly about politics; while Barbara Walters, the show's executive producer, often seemed uncomfortable on-air, Hasselbeck thrived. Whenever the show is canceled, it will likely be best remembered for the fight that predicated O'Donnell's quitting the show before the end of her contract. The pair fought at length over Hasselbeck's refusal to defend O'Donnell against allegations of seditious speech.

It's all very internecine, but speaks to the degree that Hasselbeck was of her time. With a glittering gold cross hanging over prominent, exposed cleavage, Hasselbeck shouts down a fellow panelist who'd spoken up against the Iraq War. She was the one who survived, on into a presidential campaign and administration in which Hasselbeck was able to play the underdog once more. Her very appeal depended upon being what O'Donnell called "poor little Elisabeth" -- a conservative forced to articulate herself to a hostile audience. Her 2008 explanation of intelligent design, using "designer" handbags as an analogue for the universe, wasn't exactly convincing -- but it at least didn't presume the viewers' agreement as a fait accompli.

"One of the things viewers react to is diversity," said television historian Tim Brooks, citing a consistent defense of "The View." "Different women think different things, even among friends. Women that go together out to dinner might think very differently about social issues or something. 'The View' reflected that, not like the way people behave on a news channel." On Fox News, Hasselbeck will have less competition, but she also won't be in any way unique. How often have Gretchen Carlson's declarations made it into tabloids, as in the mid-2000s Hasselbeck's were on a nearly weekly basis?

Hasselbeck wasn't exactly taken seriously by the punditocracy, it seems; emails to a number of conservative media observers went unreturned, and the host's departures from orthodoxy (as when she called Sarah Palin's "cross hairs" ads in the 2010 midterm elections "despicable") didn't go unnoticed. And her conservative views came to seem irrelevant as the tide shifted against her political beliefs, which seem rooted both in religious belief and in defensive nostalgia for the Bush era. "She would be on the defensive so much that the poor woman just had to be the McCain supporter," said Armstrong.

But with her departure, there isn't an openly conservative talk-show host in daytime; remaining "View" co-host Sherri Shepherd is openly religious but tends to steer clear of political debate, while the Katie Courics of the world float above the day-to-day battles of politics.

Behar's departure, along with Hasselbeck and Barbara Walters, indicates the end of a very long era within "View" history. It's unlikely that the only two remaining co-hosts, the "Dancing With the Stars" superfan Sherri Shepherd and the disconnected Whoopi Goldberg, who conducts most episodes in a weird, mocking Valley Girl accent and who's said, "I take a paycheck every other week. That's all I do" -- are going to engage politics much, and replacements floated in the press like Brooke Shields and Jenny McCarthy are better known for public personae as working moms than for particularly strong opinions on electoral politics.

Armstrong mused that without the pressures "The View" had put on Hasselbeck, she might well have indulged sporadic liberal moments like praise of Obama's election or gay-friendly leanings. "You get a niche and you get a brand. You're stuck with it. You either have to lean into it or get out of it," said Armstrong. "She has a weird career. She's the only one of the women on that show with nothing to fall back on. What does Elisabeth Hasselbeck want to be when she grows up?" The answer, apparently, is an even more vociferous defender of the GOP cause, to an audience that won't fight her.

"The View" was not great television, Daytime Emmys aside, and Hasselbeck was not great on it. But its significance in the Bush era and during the rise of the Tea Party shouldn't be underestimated: It provided conservatives a popular media figure -- blond, cute, reality-TV friendly, chatty about her kids and her diet as well as the troop surge -- who was able to infiltrate the televisions of the undecided like a Trojan horse. It's unlikely that Hasselbeck will get the opportunity to interview Barack Obama again when she's on Fox News. And it's unlikely that she'll ever be challenged, or challenge anyone. During Hasselbeck's weird final broadcast today, apparently hastily assembled after the New York Post broke the story of her departure last night, Walters claimed to be near tears, though she evidently wasn't. She ought to have been; the show just lost the only noteworthy thing about it.